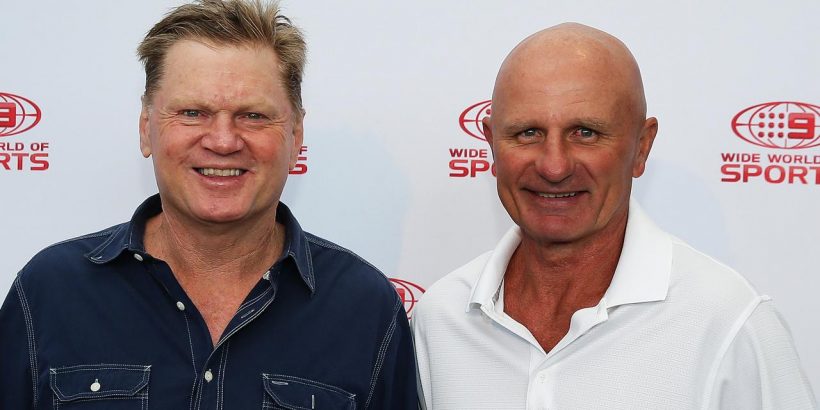 Peter Sterling denies he’s been “gagged” from speaking about his impending exit from the NRL commentary box and insists he’s retiring to focus on other parts of his life.

The 61-year-old is walking away from Channel 9 at the end of the season and has spoken publicly for the first time about his decision to put down the microphone, which was first reported by The Daily Telegraph during the week.

Sterling says he talked about his retirement to Nine bosses months ago and rejected rumours he’s moving on to take up a coaching gig with Parramatta.

“When you see headlines with quotation marks (that) I’ve been gagged – now that didn’t come from me and hasn’t come from management.

“I haven’t spoken to anyone about doing any coaching at the Eels, which somebody reported. My relationship with Parramatta is very special to me.”

Peter Sterling says the time is right to step away.Source:AAP

There was speculation Sterling’s departure from TV would open up more commentary opportunities with radio station Triple M, but he says retirement is about starting a new phase in his life.

“I’m retiring. I’m not looking for more work. That conjecture disappointed me,” Sterling said.
I have another year on my contract at Nine and they asked would I reconsider. I’m also not leaving to open up things for younger people; they can make their own way.

“Turning 61, I guess I felt like I’d have maybe 15 good years physically to direct my energy into other things, mainly family and eventually the opportunity to travel. You know, I’ve never been able to see Europe in their summer because of 30 seasons of working in our winter.

“So, you know, it’s just about steering my energy away from watching eight (NRL) games every week. I just want to do those things now while I can. If I want to walk up the steps of Machu Picchu, I don’t think it’s the type of thing I could put off much longer.”

The Eels legend has one of the smartest footy brains around.Source:News Limited

Sterling won four premierships for the Parramatta Eels in the 1980s. He also represented New South Wales and Australia at halfback on numerous occasions.

Soon after retiring from the game in 1992, Sterling took up a post in the media, joining Channel 9 as a co-host of The Footy Show, alongside his close friend Paul “Fatty” Vautin.

Sterling quickly became one of the most respected expert commentators in the media, and showed his versatility in recent years by being the play-by-play caller in some matches.

It leaves Channel 9 at the crossroads as it considers its broadcast line-up for 2022. The future of legendary caller Ray Warren is uncertain, while reports suggest NRL immortal Wally Lewis’ contract is unlikely to be renewed and host Erin Molan is off contract at the end of this year.