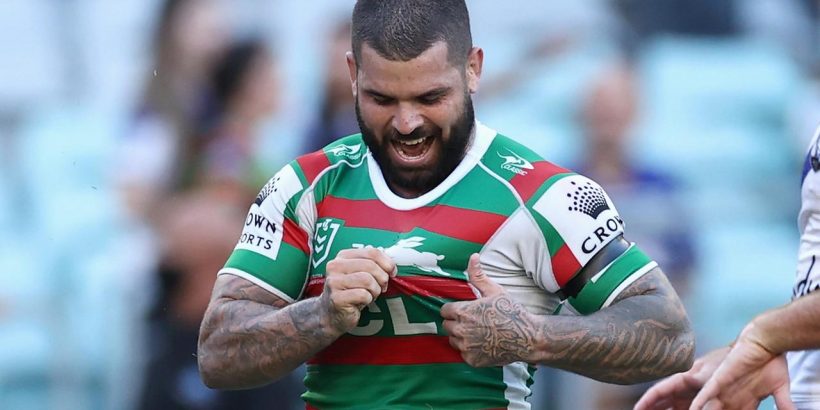 The Adam Reynolds contract standoff at South Sydney has officially become “pistols at dawn” after the Rabbitohs held a recruitment and retention meeting on Tuesday to re-affirm the club’s position.

The Bunnies remain adamant they will only offer Reynolds a 12-month deal for next season and then assess the Rabbitohs captain’s situation on a year-by-year basis.

The Rabbitohs premiership-winning skipper, local junior and Redfern favourite has stipulated all along he is looking for a minimum two-year deal.

NRL: Mitchell Pearce will be out for the Knights for 10 weeks with pec injury, with Ponga set to take his place against the Titans….

NRL: Mitchell Pearce will be out for the Knights for 10 weeks with pec injury, with Ponga set to take his place against the Titans.

So as much as the negotiation wasn’t hostile to begin with – it’s getting to that stage.

If the Bunnies refuse to budge – as they continue to – then it’s getting more and more likely by the day the champion red and green No. 7 won’t be at South Sydney next season.

Contrary to reports, Reynolds’ body is not broken and he’s not about to be forced into an early retirement.

The Bunnies have outlined the club’s 2023 salary cap position in black and white over the course of the last 24 hours and remain adamant they will not be able to offer Reynolds more than a 12-month deal.

They’ve also got NSW Origin five-eighth and one of the NRL’s form playmakers Cody Walker coming off contract at the end of next year.

Queensland State of Origin players Dane Gagai and Jadyn Su’A are also off contract at the end of this year.

If Reynolds does decide to leave, the Bunnies may opt to retain Benji Marshall for an additional 12 months as they develop young gun playmakers Blake Taaffe and Lachlan Ilias.