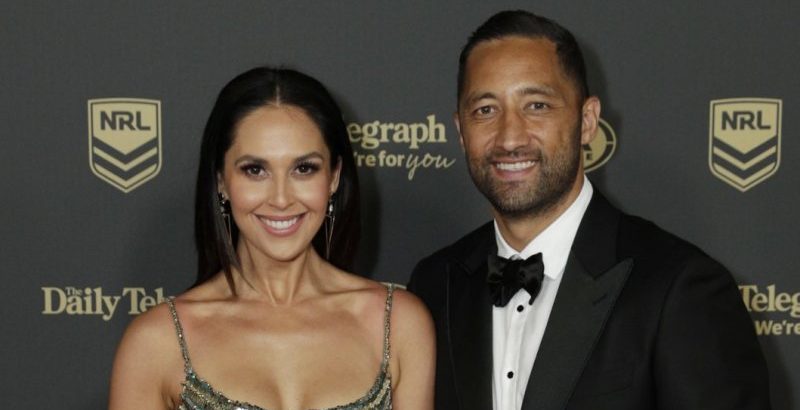 The NRL is confident that players will be reunited with their families within a week, although the shifting of the goalposts from the Queensland government has cost Benji Marshall the chance to play this weekend.

About 500 family members were set to take up the NRL’s offer to head north on Saturday, a move that would take total relocation costs to $12-$15 million per month. However, the shift to a Gold Coast hotel has been postponed after the Queensland government stated it would now only accept individual applications, rather than the group submission already provided.

The decision angered the affected families, with some players only agreeing to relocate on the understanding their loved ones would fly interstate immediately afterwards.

One player affected by the change is Marshall. South Sydney had allowed the veteran half, whose wife recently gave birth, to fly north with his family on Saturday. However, the Queensland government’s stance means the Kiwi international won’t be able to rejoin his teammates in time to take his place on the bench for Saturday’s clash with the Warriors.

The Queensland government came under fire for allowing exemptions to footballers’ families at a time when ordinary citizens weren’t able to be with loved ones even when there was a death in the family. However, the NRL is confident it will fulfil the government’s new requirements in a timely manner.

“We’re very confident that families will be relocated to the Gold Coast as soon as possible,” said NRL CEO Andrew Abdo. 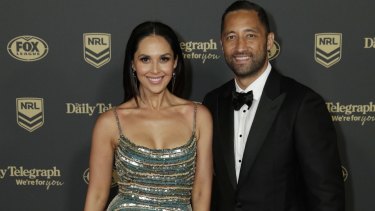 “The Queensland Government have been great to work with and we respect that they wanted to see further information to ensure the safety of their community.

“Families from the Storm, Knights and Raiders have been relocated to the Gold Coast and I expect families from Sydney clubs will only be a few days later.”

ARLC chairman Peter V’Landys added: “We have got every available resource into finalising the matters that Queensland health want and require and we are confident that early next week we will get the exemptions.”

“I just need a plan from them, I don’t even have a plan as to which hotel they will use,” Young said at a press conference on Friday.

“I just need a plan, which hotel, how it will be managed, I need all the staff in that hotel vaccinated, I need all of that work done, and they just haven’t had a chance to do any of that.

“Once they’ve done all of that, and I’ve had the opportunity to make sure that plan meets all my very strict requirements, then we can work together to sort it out.”

Club CEOs had a phone hook-up with head office on Friday afternoon, at which they were told the intention was to have wives and partners up by Wednesday. Players have been instructed to wear masks in hotel common areas and can only take them off when in their rooms, while each team has a designated meeting room in their hotel.

The teams will come out of quarantine on Thursday week – 14 days on from Origin players rejoining their clubs.

The wife of Wests Tigers captain James Tamou, Brittany, gave an insight into the situation families were facing.

“We were meant to fly out tomorrow into two weeks of quarantine and then meeting up with Jim in Brisbane but unfortunately, everything hasn’t gone as planned and the NRL are working towards everything going ahead but at the stage it’s just on hold and it could be for a week or so we don’t really know yet,” she posted on Instagram.

“The main thing is the NRL continues and everyone stays safe as much as we want to be up there with Jim and support him we are all fine. It is a madhouse here but we are all ok and we will just keep you in the loop.”

The players’ union said its members were again making sacrifices to ensure the competition continued uninterrupted.

“Everyone in the game is working incredibly hard under the most challenging of circumstances,” said Rugby League Players’ Association CEO Clint Newton.

“The reality of the situation we face at the moment is that players and their families have made decisions based on information provided earlier in the week.

“That information has since changed, which has caused additional stress and disappointment for everyone, particularly where families are involved.”

Cronulla coach Josh Hannay said he would understand if some of his players needed to return home for family reasons.

“The longer we spend away from our families, the tougher it will become,” Hannay said. “We’ve got to be really mindful of the stress that’s on the partners that are left in Sydney, the women. Those that are staying back, holding the fort so to speak, and doing all the heavy lifting back home without the support of their partners.

“If any player throughout this period needs to get home we will make sure they can get home and need to be where we need to be. Hopefully that situation doesn’t arise and we can manage the wellbeing of our players. But if anyone does need to get home at any point we won’t stand in their way.”

“It was a bit difficult last night telling the players and the players having to tell their families,” Robinson said.

“There is a lot of emotion tied up in this week in the decision to move up here which is normal but then also the tying in the guarantee of the families being able to come up at the end of the week.

“A lot of decisions were made around that. And that now won’t happen or has been put on hold. That just shifts the guys again. But it’s just something we have to deal with.”