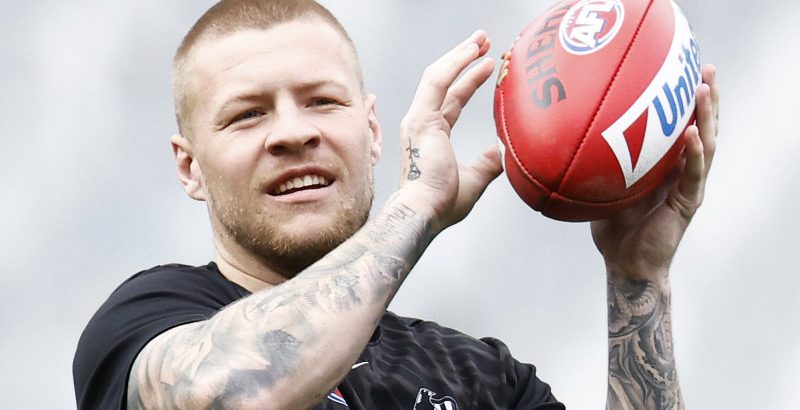 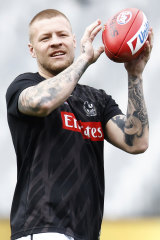 St Kilda coach Brett Ratten has revealed that his club is considering Jordan De Goey as a trade target at season’s end, as the controversial Collingwood star’s future at Collingwood hangs in the balance.

De Goey recently came under fire after footage documenting the 26-year-old partying at a Bali nightclub were posted online. They appeared to show him attempting to pull aside a female friend’s bikini top to expose her breast.

Despite the woman coming out in defence of the star midfielder forward, Collingwood decided to withdraw his contract offer and issued him a suspended $25,000 fine.

Ratten said that both he and his club’s list management team would be looking carefully at several free agents, including De Goey, as possible targets.

“Our club looks at all free agents in the competition. He [De Goey] is one of those,” Ratten said to media on Wednesday.

De Goey is a restricted free agent, meaning Collingwood have the right to match any contract offers, which could see him either remain at the Pies or force St Kilda or another club into a trade.

Ratten admitted that the Saints would have to examine each individual possible trade with thoroughness and care, noting that a player’s physical performance was not the only aspect of their overall worth.

“We’d have to do our homework and have a look at exactly what has happened and take in all the evidence,” Ratten said.

“Because as you bring in any player, especially a player that’s from another club, you’re looking at their on-field performance, and you look at what you’re trying to build as a football club and the culture there as well.

“With all those free agents we will be sitting down and maybe targeting one or two, if it’s possible … but we do assess everything that they do on and off the field.”

When asked about his view on inappropriate social media use within the AFL, Ratten said he believed it to be a wider social issue rather than something unique to players like De Goey.

“We’re trying to send a bigger message here,” he said.

“I don’t think it’s just about players. I think it’s our society. You’re not allowed to just throw things willy-nilly out there and be disrespectful to people … or call people names.

“It doesn’t matter if you play AFL, work at the bank, a school teacher … you don’t get the right to do that.”

De Goey was suspended for three months last year after he was found guilty of conduct unbecoming by the AFL over an incident at a New York nightclub in October. He was also ordered to donate $10,000 to the Salvation Army.

After he pleaded guilty to harassment in the second degree, a New York court required De Goey to remain arrest-free for a year and complete 10 therapy sessions concentrating on anger management and alcohol treatment. Other charges were dropped.

Off-field behaviour aside, De Goey has proven to be a highly valuable player on the field, kicking 167 goals in 130 games and playing 12 of the club’s 13 games this season.