The Rugby Football League is confident the Duke of Sussex will continue to fulfil his role as its patron.

Prince Harry’s first public engagement since the announcement that he and Meghan plan to forge new roles for themselves will be to host the draw for the 2021 Rugby League World Cup at Buckingham Palace on Thursday.

Beyond that, his duties remain unclear, with the Queen issuing a statement on Monday saying the royal family “respect and understand” the couple’s desire for a “new life” and it has been agreed “there will be a period of transition” in which they will live in Canada and the UK.

But RFL chief executive Ralph Rimmer is optimistic Harry will maintain his involvement with rugby league.

“In light of everything that’s happened recently, we’re really honoured the Prince will be making the draw,” Rimmer told a media briefing at the RFL’s season launch in Huddersfield.

“He has been a superb patron from the moment he walked through the door two-and-a-half years ago. 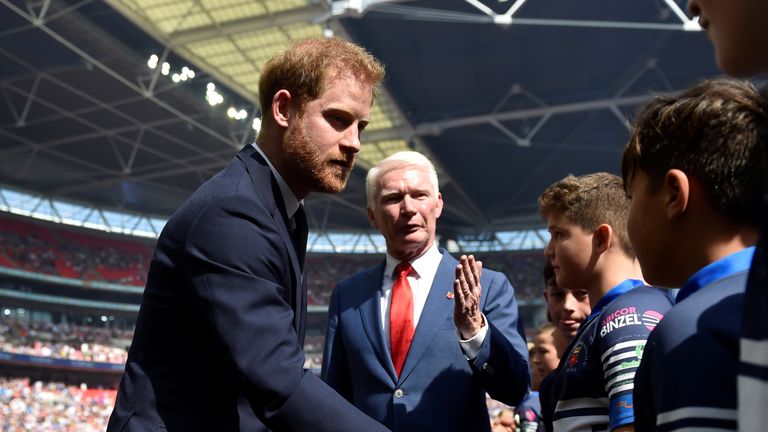 “Of course, there will be the eyes and ears of the world’s media on that event (on Thursday) and I suppose the event will benefit from that.

“As far as I understand, there will be some clarification, let’s see how his patronage works after that.

“We haven’t had anything negative from the Palace with regard to our patronage but there are plenty of wheels turning, let’s see how it turns out.

“I’m very hopeful. From what I know – though all bets are off – I think his patronages will remain, but that could change.” 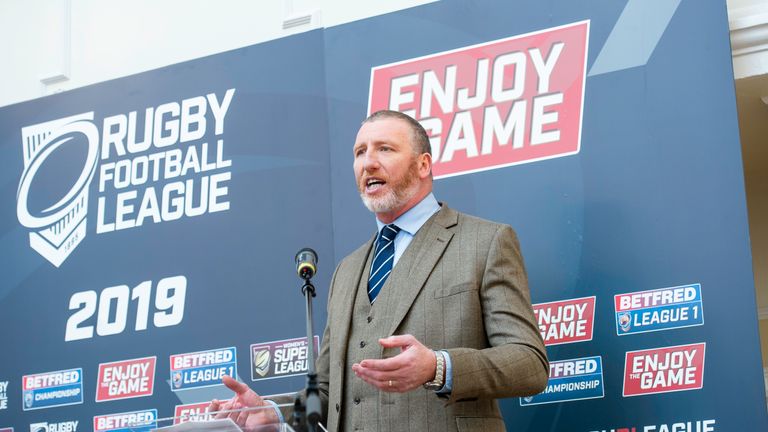 Harry has worked with the England team since succeeding The Queen as RFL patron in 2017 and presented the Challenge Cup at Wembley last August.

“When we were first made aware of the fact he would become our patron, I contacted his office to ask if he’d present the cup.

“The response was that he didn’t just want to turn up on day one and present the cup, he wanted to do some work within the sport that made him more genuine before we got to that point.

“He’s done community stuff, some work at Headingley and some work with the England Performance Unit.

“When we got to the World Cup final he produced a video which we didn’t ask for, which we showed internally.

“It was a great piece of work and every dealing I’ve had with him shows him as a thoroughly decent person who seems to have an affinity with the sport.

“His office were smart enough to understand he had to develop an understanding of the sport before he stepped into public windows for it.

“I think he’s done that with stepping on to stages and mentioning us, that’s worth a lot.”