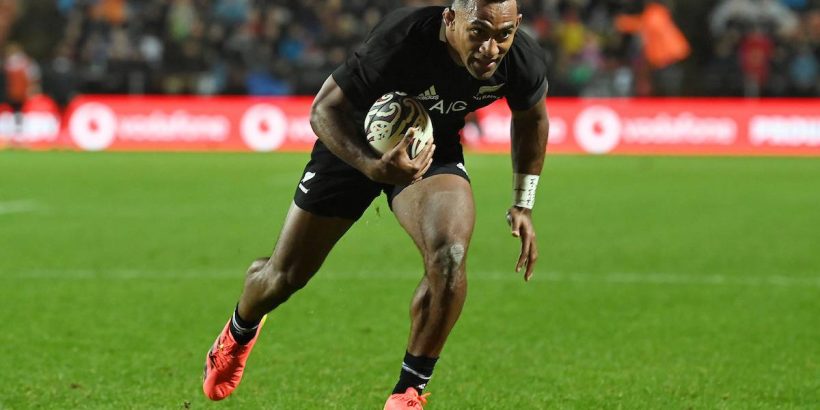 How the players rated in the All Blacks’ 60-13 win over Fiji in Dunedin.

Wasn’t as involved in the action as last week. Conceded the ball on a number of occasions. A great try saving chase and tackle.

Quiet first half as the ball went to the opposite wing but scored
early in second with a simple run and then was subbed.

Not his typical best with a bit of rust showing in his return to the test arena. Improved as game went on.

Ran superb lines and was involved in a lot. Played a hand in opening try for Reece. Showed off booming kick.

Scored his first hat-trick in test rugby but all were relatively easy. Made the most of his chances.

Excellent game in all aspects. Worked well with Smith in set-plays and played a part in four tries. Solid kicking night.

Brilliant marshalling the troops at the breakdown and worked well with Mo’unga. Just another outstanding outing in black.

Once again didn’t make as big as an impact as a number eight should. Did get better as the test went on.

Helped with the physical advantage that was lacking at the breakdown last week. Was in action all around the field.

Stole an early lineout, then penalised, made strong tackle forced into touch, then turned ball over. Solid defensive night.

5 Sam Whitelock (c) – 7
Another decent outing leading the way in the set pieces and the breakdown, great to see him with Retallick again.

Stole two early lineouts and did his job in set-pieces but not his strongest game in the black jersey.

Solid at scrum time. Helped nullify any chance for Fiji to get control at the breakdown like last week.

Usual brilliance at set piece time but did miss throw one lineout. Didn’t see much of the ball other than at lineout time.

Was part of a reliable scrum for in the first half but did give away three penalties. Not as strong a test as last week.