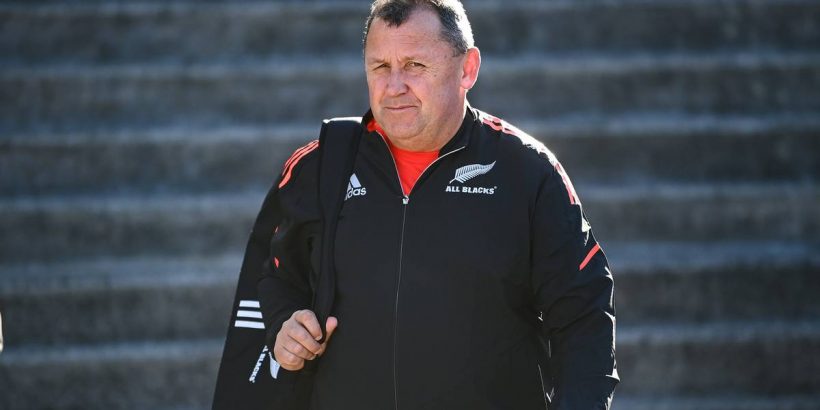 Former All Blacks coach John Hart says the constant pressure being applied to Ian Foster is detrimental to the national side and has called on New Zealanders to rally behind him.

Speaking to D’Arcy Waldegrave on Newstalk ZB, Hart didn’t hold back in pointing out that the media has been making life unnecessarily hard for Foster and that discussions about his capability versus that of rival Scott Robertson should be shelved until the end of the international season.

“I dislike what I see and hear, particularly from some sections of the media who I think are putting undue pressure on the coach,” Hart said.

“The spectre of Scott Robertson in the background isn’t helping. For media, any time there is anything but 100 per cent performance, there’s a questioning of the coach; which is not helping the coach or helping the team.

“I think the most important thing now is that we get behind Foster and at the end of the year or whenever it might be, then make the judgement call on whether he goes forward or not.

Robertson re-signed with New Zealand Rugby last week until the end of 2024 and while he will continue in his current role as head coach of the Crusaders, he still has his eyes set on replacing Foster at the end of 2021.

“If I don’t get the job, there is an exit after 2023; but if I want to stay around I can,” Robertson said of one particularly accommodating clause in his new contract.

While Robertson can’t help but be on the mind of Foster, Hart believes he has more pressing challenges – particularly when it comes to adapting the All Blacks game plan for a squad that cannot live up to the strengths of those that came before it.

That challenge was exposed last weekend against Fiji when the side struggled to gain parity at the breakdown.

“The Fijians surprised everyone. They came out with a physicality that possibly wasn’t expected and they possibly won the breakdown and all of a sudden people are looking at the All Blacks and questioning,” Hart said.

“I think it is a concern … it’s a concern only from the fact that I don’t think we’re a side that naturally is just going to belt teams physically and I think that means we have got to have more to our game.”

However, Hart does believe the side has what it takes to overcome what now looks like a weakness within the squad.

“I think we do have that and that’s why I was thrilled with some of the skills … particularly in the passing in the backs, in both games.

“I like what I saw and I think for the All Blacks to win, I don’t think we can rely on just being physically better than all teams. We might do that maybe against Australia, not necessarily against some of the other northern teams or South Africa.

“So I think getting the balance of our game right is our challenge, in terms of being able to apply the pressure up front and use the skills of the loose forwards and the backs. I don’t think it’s a matter of just belting teams up physically anymore.”

Hart is expecting to see signs of a focussed and flexible All Blacks side in tomorrow’s second test against Fiji which he believes the home side will dominate.

“I think the All Blacks, in the next test, will step up to another level.”