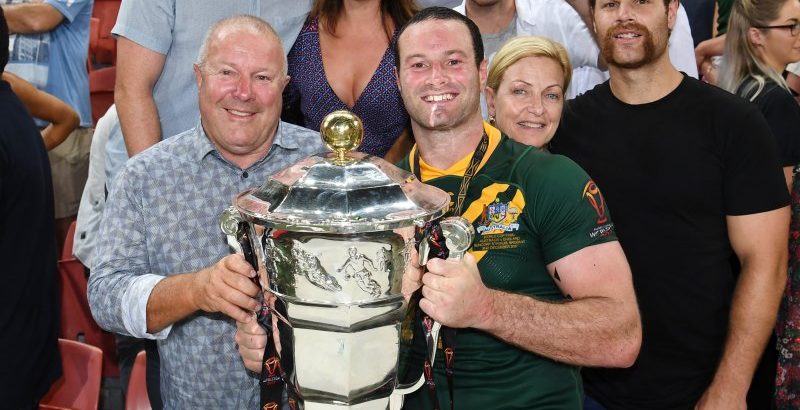 The Rugby League World Cup is expected to be officially postponed within 24 hours amid hopes the British government will agree to bankroll the event next year.

Tournament organisers are scheduled to meet in England on Thursday morning (AEST) to discuss the next steps, but a 12-month delay appears inevitable.

The two biggest drawcards, Australia and New Zealand, have boycotted the event over safety concerns related to COVID-19. It was hoped they could have been replaced by Indigenous and Maori sides, but that plan is unlikely to proceed.

Rugby League World Cup CEO John Dutton said the tournament was still a “50-50” chance of proceeding as recently as last week and the players have again been surveyed about their intentions. However, a postponement is expected to be called at tomorrow’s board meeting.

“It’s up to the board of the World Cup,” said International Rugby League chairman Tony Grant.

“The pandemic is a global problem, it’s not contained to Australia and New Zealand, where it’s been managed very differently. 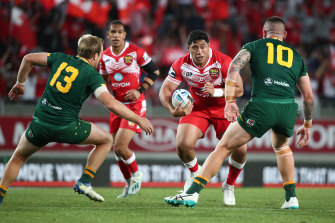 A rematch between Tonga and Australia would have been one of the highlights of the 2021 World Cup.Credit:Getty

“That’s caused some difficulty in comprehension between hemispheres in what’s possible and not possible and how people have managed and dealt with it.

“Other nations outside those who have withdrawn have had their own struggles with the pandemic and travel and all those other issues.

“Given the collective factors, we are intent on staging the best Rugby League World Cup that we ever have.

“The support we have received in the United Kingdom from the government has been unprecedented.

“The commercial success has been unprecedented. The decision to fulfil the goal of putting on the best World Cup will prevail with the decision that’s ultimately taken.”

The decision to postpone will be welcomed by the 16 NRL clubs, who put out a joint statement last week calling for it to be abandoned in 2021.

There has been tension between officials from opposing hemispheres on the issue.

Rugby Football League chairman Simon Johnson has been particularly scathing about the withdrawal of the Kangaroos and Kiwis, claiming the decision undermines the sport’s bid for inclusion at the Brisbane Olympics in 2032.

However, a potential circuit breaker will come if the British government commits to stumping up the $47.5 million required to host the event next year.