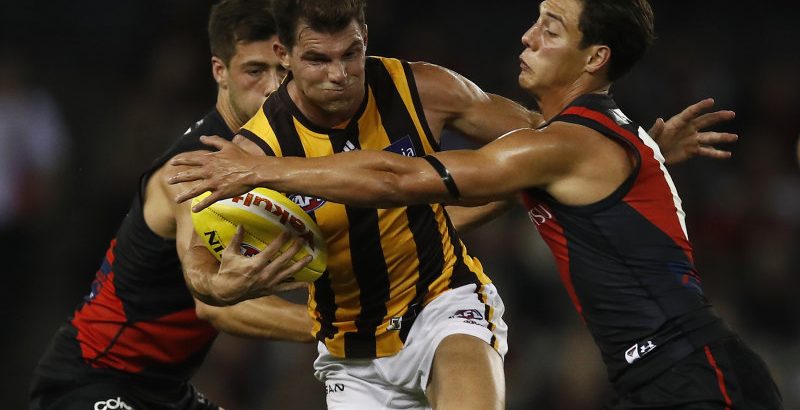 At least five AFL clubs appear well-placed with their salary caps heading into 2022, including one of the competition’s premiership contenders, but the bulk of clubs have relatively little space.

Essendon, North Melbourne, Hawthorn and Adelaide – all either rebuilding or refreshing their playing lists – will enter this year’s post-season with more room to manoeuvre in their player payments than the majority of clubs, based on a salary cap that remains at the projected level and without further major cuts. 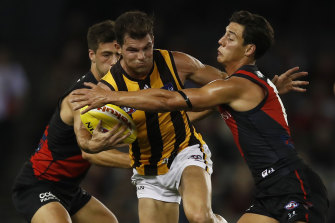 Hawthorn’s Jaeger O’Meara. The Hawks will have salary cap space to play with in 2022.Credit:Getty Images

The Eagles told their players that they would not bring in players on significant contracts unless they lost players – a pledge that was made when they asked for the 7 per cent cut.

St Kilda, which requested an even bigger cut than West Coast, did not make any such commitment to their players. The Saints have brought in a number of seasoned recruits, headed by Brad Hill, Zac Jones, Dougal Howard, Dan Butler and Jack Higgins, but the Sunday Age has been unable to verify their salary cap situation heading into 2022. They have long been interested in reuniting Max King with his Gold Coast-based twin Ben King, in what would be an expensive acquisition if it ever came to pass.

Fremantle and Sydney, perhaps surprisingly, did not have room to bring in seasoned recruits in the 2020 trade period, with the Swans having to offload Aliir Aliir to make space for ex-Eagle ruckman Tom Hickey.

The Dockers are expected to remain somewhat restricted entering the next trade period, but their salary cap space is set to open up from 2022 (post season).

Sydney has been under salary cap pressure for some years, in no small measure due to the Lance Franklin contract, under which “Buddy” is due close to $1.5m this year and $1m next year, the final year of his nine-year deal.

Expansion teams GWS and Gold Coast remain tight in their player payments, despite the former losing Jeremy Cameron and Zac Williams but with question marks on free agent Josh Kelly and whether he will take up a massive eight-year commitment from the club.