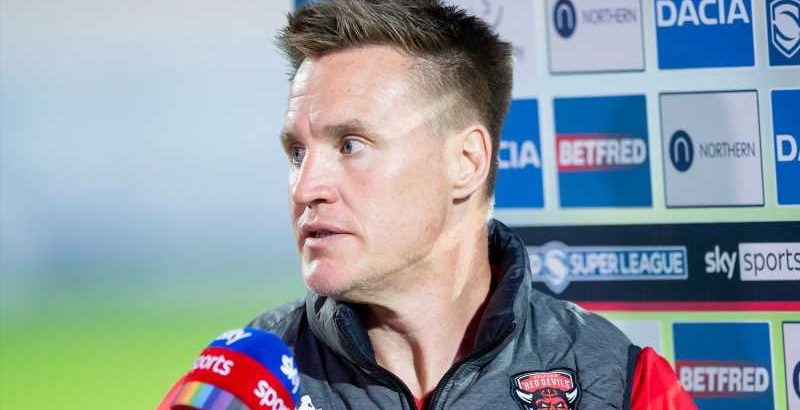 Salford coach Richard Marshall says he had just seven players at training on Wednesday due to the Covid-19 outbreak at the club.

But Marshall insists he will be able to field a team to face Challenge Cup finalists Castleford on Sunday.

The Red Devils’ last two Betfred Super League fixtures, against Wakefield and Hull FC, were postponed and Marshall says the club are still suffering from the after-effects of five players returning positive tests.

“We’ve got five players positive and around 10 or 11 isolating,” said Marshall. “We’ve had seven players in training today (Wednesday).

“We’re not on our own, there’s a lot of clubs in the same position. We’re hopeful the guys in isolation will be out on Friday and back in training.

“We’re not going to make any excuses though, we’ll be fielding a team on Sunday to beat Castleford.”