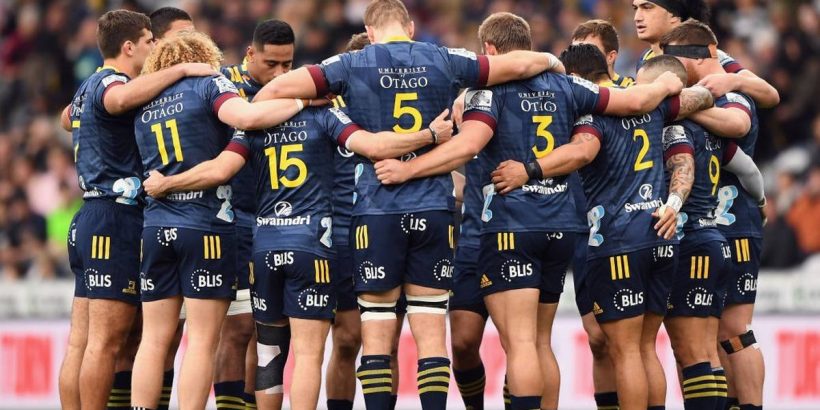 The Highlanders have dropped six players, including All Black Josh Ioane, from their squad to face the Crusaders this Friday due to breaking team standards.

Brown explained that the players had “broken the code” of the team and were dropped as a result.

“There’s six guys who are unavailable through letting the team down around their standards; broke the code that we live by and it’s all around their professional habits,” he said.

“They just let the team down, the leaders and the whole organisation so they won’t be available for selection.

Brown said he was “disappointed” but wanted to move forward to the task at hand against the unbeaten Crusaders.

“They’re always sorry. We’ve moved on, they’ve moved on and we look forward to the Crusaders now.”

Brown didn’t elaborate on the nature of the players’ actions.

“It’s an opportunity,” he added about the other players getting a chance in the squad. “Rugby’s all about opportunity and if these guys perform well, then we’ve got quite a good chance to go out there and play good footy and win the game.”

This is the second time in the past year that the Highlanders have had players in hot water.

Last season, partying Highlanders players and associates wreaked havoc during a wild night in Queenstown – causing damage to an apartment complex they were staying in, leaving guests feeling intimidated and one man in police custody.

The group – including at least four Highlanders – travelled to the tourist destination during the side’s bye this weekend in Super Rugby Aotearoa.

One member – who is not part of the Highlanders’ player roster – was arrested and charged with wilful damage and disorderly behaviour.

The unavailable sextet aren’t the only changes the Highlanders have made for their match against the Crusaders, with winger Freedom Vahaakolo also unavailable due to a fractured left foot, forcing a reshuffle to the back three.

Vahaakolo, who sustained the injury at training, will be replaced by Scott Gregory, playing his first game of the 2021 season.

Jona Nareki returns from injury to the left wing and Connor Garden-Bachop will get his second start at fullback.

Thomas Umaga-Jensen has earned a start and will partner the experienced Michael Collins in the midfield and Folau Fakatava rotates with Aaron Smith at halfback.

Caleb Makene provides cover in the reserves for first-five and fullback and will play his debut for the Club should he take the field.

Following a cameo off the bench last week, Japanese World Cup player Kazuki Himeno will start at No 8 with Hugh Renton taking his place on the reserves bench.