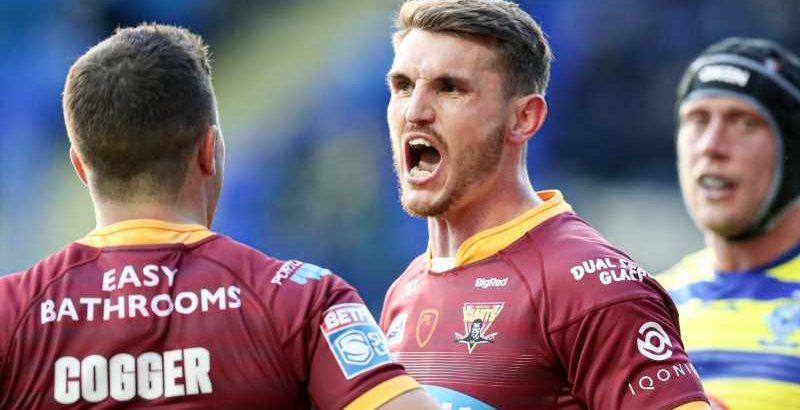 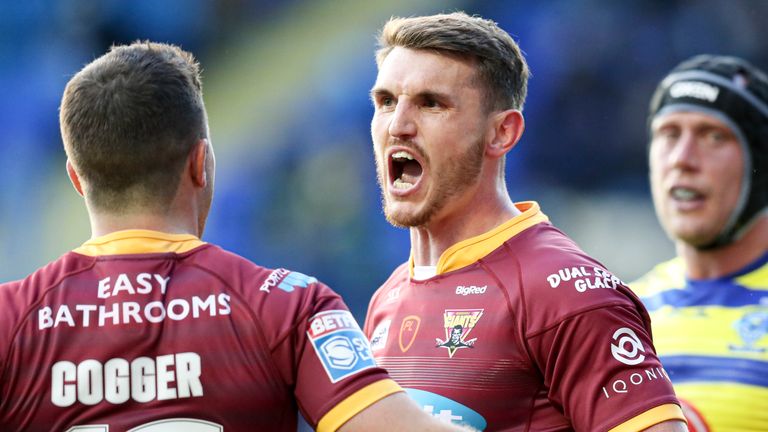 Ian Watson hailed Huddersfield Giants as they held on for a 26-20 Betfred Super League victory over Warrington Wolves at the Halliwell Jones Stadium.

A crowd of 4,000 were in attendance for the first time in over 12 months but they were left disappointed as the Wolves failed to overturn a 20-0 half-time deficit, while the Giants claimed only their second win in the competition this season.

Lee Gaskell claimed two tries for the victors with Jermaine McGillvary and Kenny Edwards also touching down – while Aiden Sezer landed five goals – as they claimed their first win at Warrington in six years.

“The lads were really good tonight and it was an outstanding win,” Watson said. “It’s a big one for us in terms of where we are at the moment.

“The fact that we have pushed St Helens really close and now beaten Leeds and Warrington, it bodes well for us going forward. We are not the finished article and there is plenty to work on but it’s a step in the right direction.

“We started the game really strongly and were clinical with the ball in the first half. In the second half we didn’t start well defensively which saw a momentum swing and it took us a little time to deal with that and get the momentum back.” 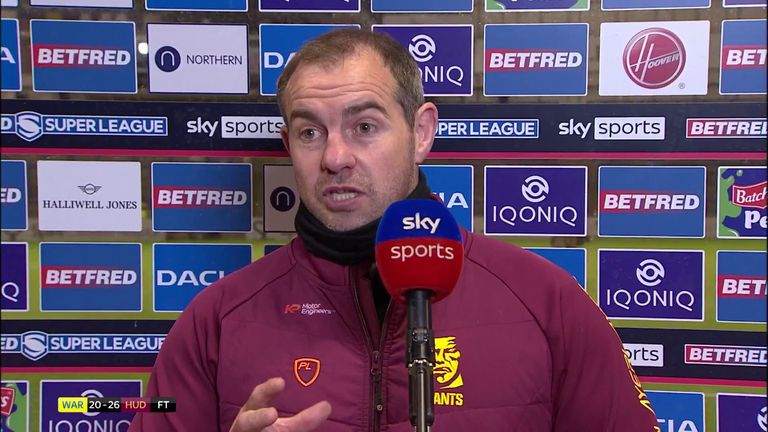 The Giants boss praised the atmosphere created by the fans in the stadium, which he thought almost helped to get the Wolves over the line.

“We probably needed the good start to make sure the Warrington fans were quiet because they were outstanding and noisy and created a great atmosphere,” Watson said.

“As soon as they got the momentum I think it gave them that extra 10 per cent and they were really lifting them and obviously we had no supporters in the ground so you do worry because it can make a difference in tight games. 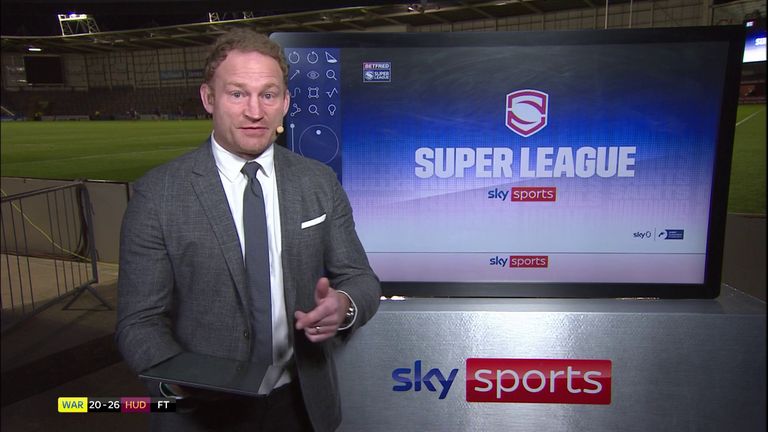 “The fact that we kept a clean sheet in the first 40 minutes was massive, though, because we were under the pump at the back end of the half and I thought we handled that really well.”

Warrington coach Steve Price praised his side’s character at fighting their way back into the game.

Tries from Greg Inglis, Daryl Clark and Josh Thewlis and four goals from Gareth Widdop gave the Wolves a chance of snatching a dramatic comeback win before falling just short. 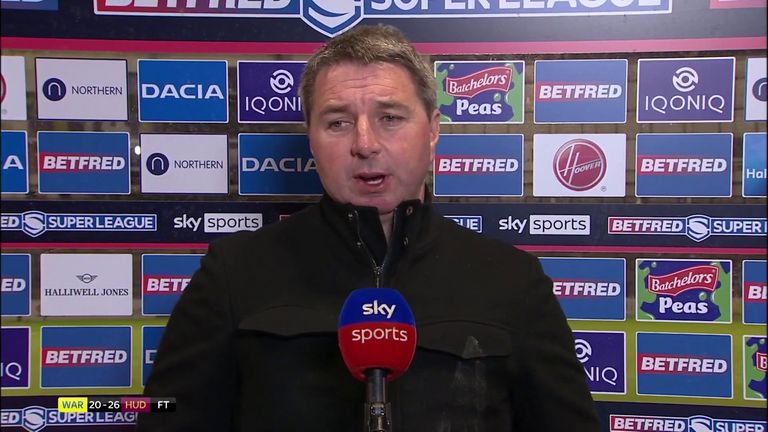 “Our first-half performance was not a true reflection of how we have been going recently,” Price said. “Their ruck speed was way too fast for us and the scoreline of 20-0 was a reflection of that.

“We showed a lot of character in the second half to get back into the game and have an opportunity to win it at the back end. We played some reasonable footy in the second half off our effort, which wasn’t there in the first half.

“We got to within two points which shows we have points in us and that first half was hard to take. I’m sorry we couldn’t get the win for the fans because it was a special day to get them back and they have been crying out for their fix of rugby league.”