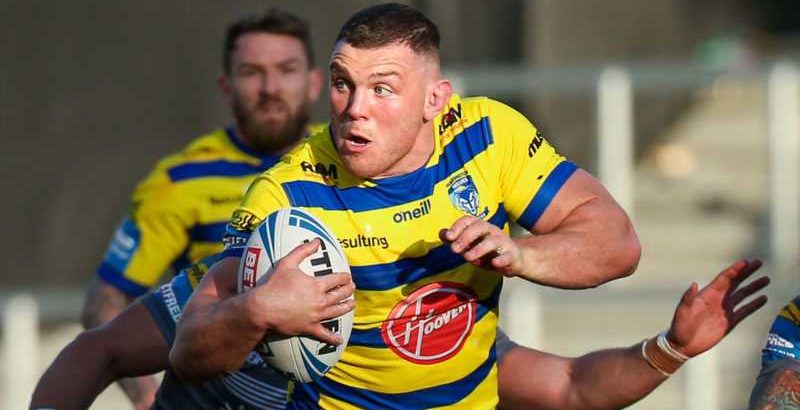 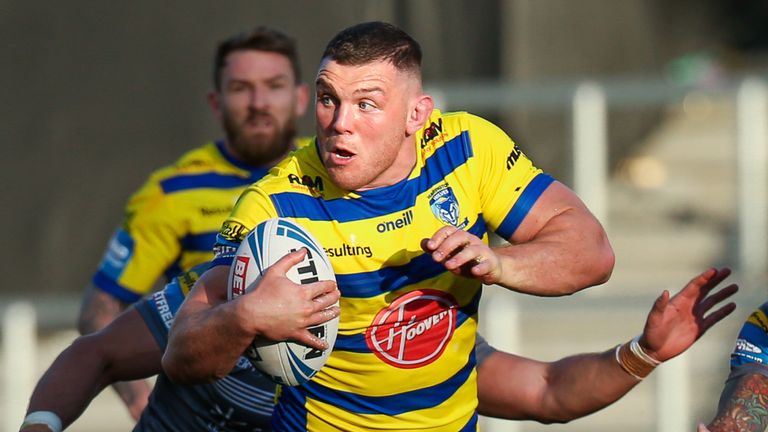 Greg Inglis may have grabbed all of the headlines when it came to Warrington Wolves’ signings for the 2021 Super League season, but the work of another of those should not be overlooked.

Robbie Mulhern arrived at the Halliwell Jones Stadium from Hull Kingston Rovers with considerably less fanfare than the Australian great yet has quickly settled into life with his new club.

His five seasons with Rovers saw him clock up over 100 appearances for the East Hull outfit and while the prop enjoyed his time there, the opportunity to join the Wolves and learn from the likes of Mike Cooper and Chris Hill proved too good to turn down.

“I’m absolutely loving it,” Mulhern said. “It’s always hard when you move to a new team, especially when you’re quite settled somewhere before like I was.

“But the move was always a no-brainer, coming to a club like Warrington and being around the players I am now.

“Coops and Chill are both international props and it was always going to be great for me to come and play with them. But more important than that, they’re really good blokes just like all of the team are.

“It’s good just to be around them, get to know them personally and pick up little things from their game because they’ve got a wealth of experience.” The move was always a no-brainer, coming to a club like Warrington and being around the players I am now.

Cooper – in his second spell with his hometown club – and Hill have been mainstays of the Warrington pack for several seasons now, and Mulhern has been playing his part in backing them up from the interchange bench since making his debut in the opening match of the year against Castleford Tigers.

Being around the England duo has allowed the 26-year-old to see what makes international players tick, and he has already picked up plenty of the little details and unseen work they do to improve his own game.

“The fans love to see the big hits and the big runs, but it’s the little effort areas where they’re both so good,” Mulhern said.

“It’s the standards they set for the team which brings everyone else up and not allowing things that aren’t as good which maybe you’d expect at other teams. 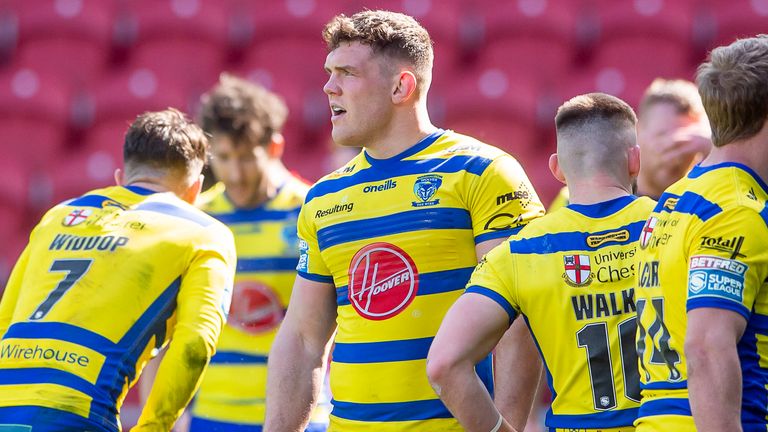 “I think that’s why Warrington are always up and around the top of the league in the past few seasons because they’ve got those people driving those standards.

“I think it’s been really good for me and to get some experience in that.”

The work Mulhern has been doing to better himself has not gone unnoticed by Warrington head coach Steve Price, who is delighted with how he has adapted to life at the club as they chase that elusive first Super League Grand Final triumph.

Price is pleased with what the Leeds-born forward has brought to the group in terms of his personality as well. 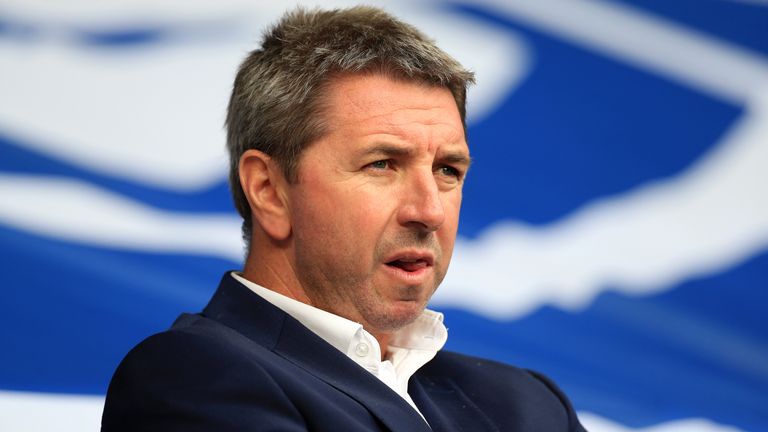 I’m really pleased to be coaching him and all of the boys love having him around, so he is only going to improve us.

“Rob has been fantastic,” Price said. “He’s doing all of the little effort areas and the little things we pride ourselves on as a game.

One thing Mulhern has yet to experience at Warrington is playing in front of a crowd, although he will get the opportunity to do that on Monday night when fans return to the Halliwell Jones Stadium for the match against Huddersfield Giants, which is live on Sky Sports.

The stadium’s capacity is capped at 4,000 for now, but Mulhern still expects the supporters to make a difference having experienced the atmosphere generated by the Wolves fans on previous visits with Hull KR. 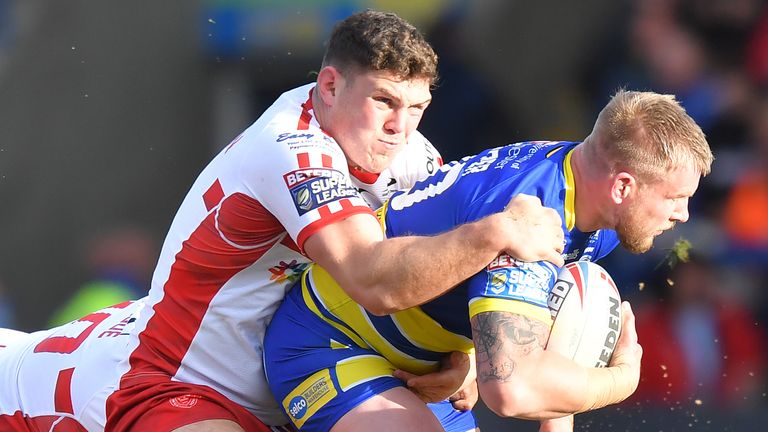 “I think it’s been strange for all of the players having to play with no crowd, compared to what we’re used to,” Mulhern said.

“When I played for Hull KR against Warrington, it was always a really hostile environment and I’m looking forward to being on the right end of that for a change.

“There will only be 4,000 fans, but how the stadium is it’s very close to the pitch and compact. It makes for a great atmosphere, especially with big games, so the sooner it can be at full capacity again the better.”