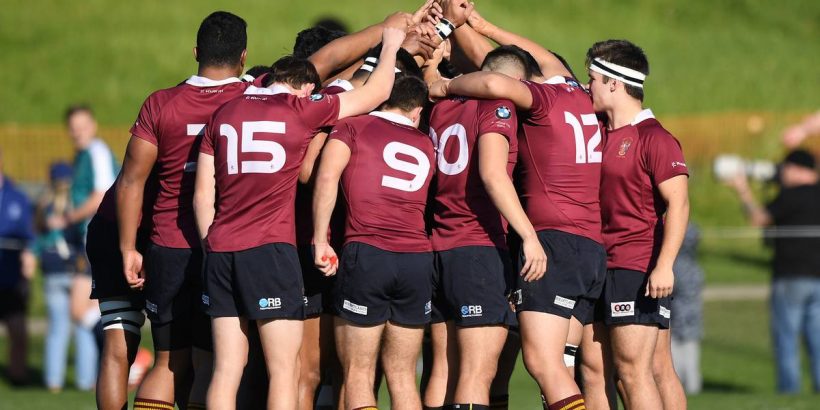 We all like to think of sport as the great equaliser, the only pursuit where talent and hard work prevails over race, class, privilege and all the usual prejudicial suspects.

A familiar flashpoint towards the end of last week has persuaded me as to the naivety of that belief.

First though, let me take you on a diversion to this morning’s drama, where England lost the Euros on penalties to Italy in a suitably dramatic finale.

Countless New Zealanders tuned in this morning to see if England could end 55 years of hurt at major tournaments. At an unscientific guess, the vast majority were quietly hoping they would.

The dynamics behind that support are interesting because, as a rule, we enjoy watching Mother England beaten in two great traditional sporting loves – rugby and cricket.

When canvassing opinions on this phenomenon, some theories were posited.

One was that thousands of New Zealanders each year embark on OEs to England. Even those who have previously shown no interest in the round-ball game tend to “adopt” a Premier League team to follow and the flow-on from that first step is to support England.

One of my favourite sports “analysts” – okay, it was the Alternative Commentary Collective’s Mike Lane and it was more of a thought fart than a considered theory – believes it is because we enjoy England’s football fragility and find it easy to get behind their tournament campaigns safe in the knowledge they will end in tortured failure.

One more idea is that many of us have English neighbours who now call New Zealand home and we get swept up in their passion.

All these ideas probably hold a kernel of truth, but none more than this: We find it easier to support England’s association footballers rather than rugby footballers is because they represent the working men and women, the everyman, in a way the 15-man code can’t.

The hypocrisy is writ large given that New Zealand is by world standards a middle-class idyll, but it brings me to the point of this exercise: why schoolboy rugby recruitment, poaching, programme management – call it whatever euphemism you want – sticks in the craw of so many.

For the uninitiated, a fracas broke out in Auckland schoolboy rugby for about the umpteenth time in as many years after it was revealed the parents of a boy who moved transferred to King’s College this year were challenging the legality of the two-year stand-down rule applied for such a “transfer” by the 1A competition’s recently applied Code of Practice.

There was a suggestion King’s were going to defy the rule (which is in no way legally binding) and that the other schools were going to respond by boycotting all sporting fixtures against that school in all codes, though in a letter to stakeholders principal Simon Lamb said they had no intention of doing so.

The code, which differs from the College Sport bylaws that govern Auckland school sport, was only implemented after King’s went on a recruitment drive last year, taking three players from nearby schools.

The story ignited a familiar debate which traversed the same old tired tropes.

The most offensive of these is the idea that these wealthy, fee-paying schools are playing an altruistic role by offering scholarships to kids from low socio-economic environments.

The very idea that social mobility for the blue-collar hinges around being educated at a school with nice facilities and an expensive uniform should be repulsive, yet here we are in 21st-century New Zealand where getting a scholarship to King’s or St Kent’s et al is marketed as winning the lottery while receiving a state education is a handbrake on your aspirations.

If altruism is the goal, let’s see these as schools offer as many places to poor kids with no discernible talent.

The way out of poverty for these cherry-picked kids could well be rugby. It’s why they got noticed in the first place, right? The notion that this budding talent will only flower within the “right” school environment is problematic on so many levels it would take thousands of words to scratch the surface, but for the sake of brevity the correlation between the ridiculous 1st XV arms race and the unprecedented drop-off in teenage rugby participation does to some degree equal causation.

Inducing talented rugby players at other colleges and high schools to join your programme by convincing parents that you can offer “development pathways” and an education not available at low-decile schools is just a lousy way to behave.

Dressing it up as benefiting the kid from an educational standpoint is tawdry. It’s nothing more than a cheat code to try to avoid the sort of strength-and-weakness cycles that all school sport programmes should naturally endure, while wilfully perpetuating an us-and-them situation.

No one should be surprised when these incidents provoke such visceral reactions.

We might not be naïve enough to still believe that schoolboy rugby is an egalitarian pursuit but few New Zealanders are sold on the idea that you can buy success. Yet increasingly we’re watching it happen in real time.

Those who hate it do so because it’s not a classroom issue, it’s a class, or more pointedly lack-of-class issue.

Four test tries as a second half sub – that’s pretty nifty when you consider Beauden Barrett hasn’t nabbed a five-pointer since 2019. Then again…

If you can find beauty in a lineout drive try you are a better person than me, but I can only shrug my shoulders and concede this is the golden age of that particular craft. Rugby has never been so easy to clock: win a penalty, kick to the corner, win an uncontested lineout, form a maul, stick the ball up the last man’s jumper and score.

Badminton officials are rightfully aggrieved that their appeal against the non-selection of Olympic hopeful Abhinav Manota was unsuccessful. While Manota was never going to step onto the dais there was genuine hope he might has fought his way out of box play and into the round of 16 knockouts.

Badminton is an increasingly popular sport in New Zealand, in part because it is wildly popular with recent immigrants. The Olympics would have been the perfect place to illustrate this.

Badminton NZ is also uncomfortable about the arbitrary way the selection criteria are applied and they are far from alone in that.

In 1996 a young Southgate missed his penalty against Germany in the semifinal of the Euros. He knows the weight you carry from the halfway line to the penalty spot. Armed with this inside knowledge, it is hard to justify having conceived a list that had an inexperienced 19-year-old kid as your final penalty taker.

Let’s put to bed the belief that what Warriors need now is more Hard-Nosed Australians™. For a long time now I’ve held the belief that I would much rather watch an average Warriors team that put a premium on developing local talent – coaching and playing – than a slightly-above-average team that relied on Australian journeymen. At least that way there is a genuine community connection.

This is more than an entertaining trawl through Scottie Pippen’s post-playing psyche – it’s also a treasure-trove of outlinks to crazy stories you might have missed or overlooked. From the Guardian.

Frightened by the Indian Premier league’s not-so-subtle creep into the cricket calendar? This from Sportico will only increase the heebie-jeebies. Sample line: “As it stands, the IPL has just eight teams and plays the entirety of its season in six weeks. But it’s not difficult to envision the 15-year-old league expanding and extending the length of its season (think: 20 teams, 15 weeks). Doing that could increase the value of the league and its teams exponentially.”