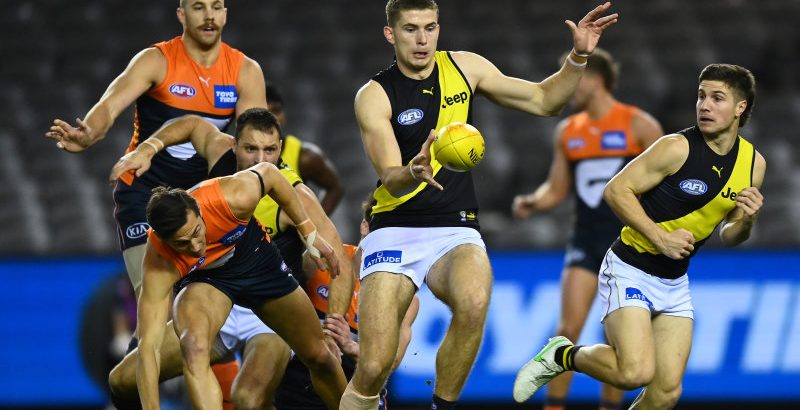 Richmond tall Callum Coleman-Jones has told the Tigers he wants to be traded to North Melbourne while big man Mabior Chol is likely to join the Suns.

Coleman-Jones informed the Tigers of his preference to move across town to Arden Street with the promise of more opportunities to play senior football and to spend more time in the ruck. 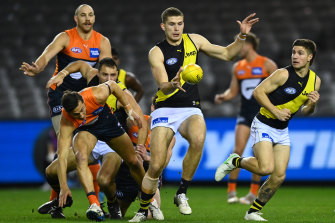 Coleman-Jones was also courted by the Gold Coast Suns but declined their offer in favour of a move to the Kangaroos. He informed all three clubs of his decision early this week.

Coleman-Jones was drafted as a ruckman from his junior football and wants to spend more time in the ruck. While Todd Goldstein will naturally remain first ruck, he is in his final season or two and North believe the arrival of support will help him potentially extend his playing career if he can alternate with Coleman-Jones in the forward line.

Out of contract Tigers teammate Mabior Chol, who is an unrestricted free agent, is likely to accept an offer from Gold Coast.

The four-year contract offer is likely to earn the Tigers a third-round compensation pick. Potentially the pick could be as early as the second round, but that is doubtful and will hinge on the final amount of the contract.

With the Suns determined to gain support for Ben King in the forward line and Jarrod Witts in the ruck, they had chased both Coleman-Jones and Chol. 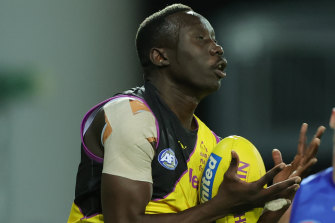 A move to the Gold Coast would have had an irony about it for Coleman-Jones, as it was the location of his COVID breach, where he and teammate Sydney Stack got in a fight outside a kebab shop after being kicked out of a strip club. He was suspended for 10 weeks and the club fined $100,000 for the breach last year.

The fact Coleman-Jones has chosen to leave after the Tigers were heavily punished and supported him following that incident has left the club privately angry.

The Tigers would consider that four years of time put into a player and the contract terms offered to him to move would mean he is worth a pick better than what they originally used on him. North would argue Coleman-Jones has only played nine games in four years.

While it is unlikely to be used, the Kangaroos also have the first pick in the pre-season draft, so theoretically if negotiations failed he could walk there for nothing.

Richmond had feared one of the players might leave for more opportunity but they were hopeful they would be able to keep one of the out-of-contract talls.

The duo will exit believing in large part that with Toby Nankervis coming back into the team and Ivan Soldo returning from knee surgery next year, they would be pushed down the pecking order behind the premiership ruckmen. Now the Tigers have lost the depth they had to support their ruck and tall forward stocks.

Both players were worried that with COVID uncertainty continuing there is no guarantee that yet another VFL season will not be interrupted next year and not playing regular senior AFL football may mean no regular football anywhere again next year, which comes after two years of interrupted VFL seasons.