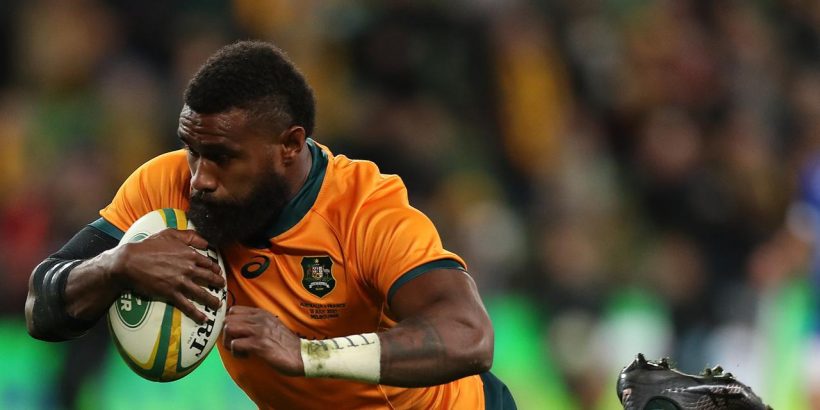 Stat sheet domination from the new-look, high-energy Wallabies counted for little as a litany of mistakes at crucial times bit hard in a 28-26 loss to France that has the home side teetering on the edge of a series loss.

Coach Dave Rennie has just four days to find the polish needed at test level to complement all the positive attacking efforts his side produced at AAMI Park, efforts which netted just two tries.

But a pinpoint kicking effort from French fullback Melvyn Jaminet guided Les Bleus to their first victory in Australia since 1990, the victory a reward as much for their discipline and determination more than any outstanding play.

Deprived of the ball for so much of the game by the frenetic but ultimately fatalistic Wallabies, the tourists did what they could, and what they should, to level the three-match series at 1-1.

Staring down the barrel of a mistake-riddled loss, a 70th minute try from Wallabies captain Michael Hooper and a 75th minute penalty from Noah Lolesio helped the home team find the front for the first time in the match.

But a massive scrum win just inside of halfway minutes later resulted in a French penalty and Jaiment, who was eight-from-eight for the match, nailed it to secure the massive triumph for the tourists.

There was much to like, but too much to lament for the Wallabies.

What Rennie labelled a “substandard” opening showing against the French last week, which they won, was replaced by a more high-energy, physical effort.

But it wasn’t error-free, and that’s what continues to undermine so much good work.

The stat sheet showed domination by the Wallabies in all the attacking categories and was matched by a thirst for the physicality test rugby demands, from the backline through to the big men upfront.

The Wallabies smashed in at every opportunity, with the players wearing double-figures on their jerseys mounting charge after charge, lead by Marika Koroibete, who was twice denied tries by backfield penalties.

But the backline all tucked the ball under their arms more often than not and threw themselves at the blue line in front of them.

Turnovers when they got to that line, however, be they ball handling, or on the ground, did more damage than all those runs and passes.

“We‘re certainly trying to play with tempo and back our conditioning but what is hurting us at the moment is turnovers at the breakdown at key times,” assistant coach Dan McKellar said during the game.

Two tries was not enough reward for all that work.

The French only scored one, but it was enough.

It took Wallabies prop Taniela Tupou to deliver his team’s only try, with a searing pass to halfback Jake Gordon who was out wide and dived over for the five-pointer in the opening half, a reversal of roles if ever there was one.

At halftime the margin was just three points the French way, courtesy of that Gordon try and a wickedly bending sideline conversion from Lolesio just before the hooter.

But three penalties in the second half saw the French lead push out to nine points, demanding the Australian comeback, which ultimately fell short.

The two teams will meet again in Brisbane in four days, with a trophy the Wallabies were so close to securing, will be up for grabs.