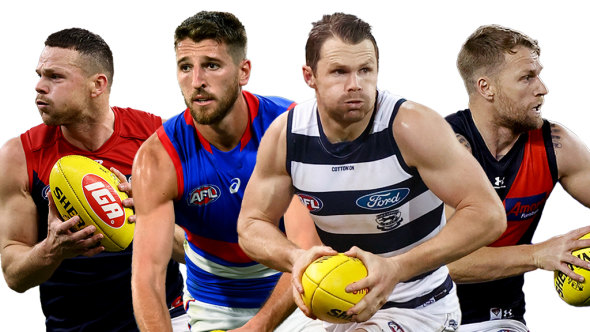 At finals time, the stakes are raised. The adrenaline is pumping, your focus is sharpened and even the very best players carry the weight of expectation.

Coaches, teammates and family members all apply a level of pressure, no matter how innocent. That’s on top of the pressure the greatest players put on themselves. The advice is always ‘treat it like any other game’. That’s great in theory, but finals are not like ‘any other game’.

You feel it walking to your car before driving to the ground. You feel it in the changeroom during the warm-up. And then, more than anything, you ride a wave of emotion heading up the race. There’s no feeling in life that matches taking those few steps in September. Cheers, boos or otherwise, there’s a chemical release in your body that’s impossible to ignore.

It’s a nervous energy that often results in negative thoughts – in fear. What if I drop this mark? What if I lose this contest? What if I miss that shot?

But the very best players harness those fears and turn them into something positive: a drive and a
motivation. September is when reputations are made and sometimes destroyed.

Names like Brereton, Ablett, Silvagni and Martin have all made their mark in finals. In fact, recently,
Dustin Martin has virtually owned this time of year. In 2017, his entire season was outstanding. But outside of that Brownlow Medal winning year, he’s been very good in the home-and-away season and then great in finals. 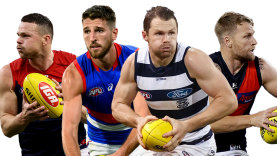 Who will be Mr September? Credit:The Age

When it matters, the game is tougher, tighter and generally scoring is more difficult. If someone kicks two or three goals it can break a game open and that is what ‘Dusty’ has been able to do. When he’s presented with a moment, he has seized it. His finals and grand finals have separated him from the rest.

So, who is going to fill the Dustin Martin-sized void this finals series, now the Tigers are on holiday? From minor premiers, Melbourne, down to the Bombers in eighth there are candidates. Darcy Parish and Zach Merrett will clearly have a say in Sunday’s elimination final against the Bulldogs.

But Jake Stringer is the man who’s carried Essendon to where they are now. Number one in clearances over the past nine rounds, he’s just about been the number one player in the entire competition. He’s fit, wins his own ball, kicks goals and can grab a game by the scruff of the neck. But just as importantly he’s become an unselfish, team-first contributor who instills confidence in those around him. The man once labelled ‘the package’, is now the full package.

For his old mob, the Western Bulldogs, Aaron Naughton is ultra-important, but it’s Marcus Bontempelli who needs the biggest of Septembers. ‘The Bont’ already has a premiership to his name, but now, as captain, this is his team. While many believe he’s been the best player in the competition this season, he managed just 15 disposals in last week’s crucial loss to Port Adelaide.

Luke Beveridge admitted during the week he was putting out “spotfires” in an underperforming Dogs’ midfield, which meant he didn’t have his usual impact.

I’ve said before that Bontempelli is the closest thing to Scott Pendlebury in terms of his ability to make the game slow down around him. At times, he seems to have the ball on a string. But since that 2016 premiership, in the two finals he’s played Bontempellli was mauled by the Giants and then below his best against the Saints last year. Is he ready to go to the ‘Dusty’ level? 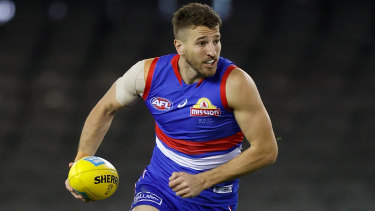 Can Marcus Bontempelli elevate himself to a Dustin Martin-like finals player?Credit:AFL Photos

The Giants, meanwhile, still have plenty of stars – the Kellys, Wards and Whitfields – but Leon Cameron is no longer driving the ‘Ferrari’ he once was. This vehicle is workmanlike with more grunt and a harder edge. Toby Greene is clearly central to that combative style.

He has a unique skillset that is built for finals. He’s not a key forward but can compete in the air against the best key defenders. He makes the difficult look easy and has a footy brain that allows him to be a step ahead and when Toby’s ‘on’ you can see his team-mates walk taller.

At 27, he’s already got plenty of finals’ experience, but can he elevate his reputation even further? The Giants will face a stern test against the Swans. Obviously, Luke Parker will play a key role in the engine room, Buddy Franklin has been here before and Tom Papley has ‘x-factor’. But the real ‘x-factor’ player at Sydney, for me, is Isaac Heeney.

He’s probably teased us a bit over the years, on the verge of superstardom without really putting his
stamp on the competition. Injuries have played their part, but now is his time to deliver. If he can be a target and kick his two or three goals a game, it takes so much pressure off Buddy and changes the entire dynamic of the Swans’ forward-line.

But Joe Daniher is who I want to see stand up. Recruited to the club at the end of last year, he’s been the only player to kick a goal in every game this season, reaching 45 majors.

We know he’s great to watch, but it’s not the flashy stuff that will be most important. Can he provide a hardened competitiveness around the ground? A desire not to get beaten in a single contest? For Joe, the basics are going to be so important. The next player in focus, might just line up on him on Saturday night.

Even in a team boasting the likes of Max Gawn, Christian Petracca and Clayton Oliver, Steven May will be the most important Demon in September. He provides that backline with strength and a level of calmness that will be crucial should he get jobs on Daniher, Charlie Dixon or Tom Hawkins, depending on how the finals play out.

Right now, he’s the best defender in the game and I think he’s primed to have a campaign like Stephen Silvagni did when Carlton won the premiership back in 1995.

He took down a bloke named Carey in a preliminary final and then held Gary Ablett goalless in the grand final. If Steven May can do the same, it’ll go a long way to Melbourne breaking its premiership drought.

On Friday night, the finals kick off with Port Adelaide doing battle against Geelong and it’s Charlie Dixon in my sights after a campaign that hasn’t been quite as good as what he produced last year. Generally, when he plays well, the Power win.

Obviously, the supply helps but when he’s really clunking marks, Charlie has a presence few others in the game possess. How he judges the flight of the footy will be crucial. Particularly against a team like Geelong he simply can’t get run under the footy. 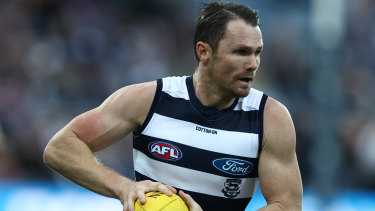 All eyes will be on Patrick Dangerfield in this year’s finals series.Credit:Getty Images

As for the Cats, I’m looking to Patrick Dangerfield. Hawkins and Jeremy Cameron will both be important as will others like Joel Selwood and Mark Blicavs, but Pat is the man. While he was quiet in the final term last week, I think he’s really been building after overcoming the injuries that slowed him down a bit earlier in the year.

He’s probably flown under the radar more recently, but the return of his power and explosiveness has meant he’s again challenging for that number one mantle in the game.

From an individual point of view, he’s done just about everything. He’s got the Brownlow Medal and the All-Australians, but not the premiership.

One of the most lasting memories of the grand final last year was Dustin Martin shrugging him off in the pocket and snapping a goal to seal another flag for Richmond. That would have stung Dangerfield’s pride. He’ll believe he’s every bit as capable of producing his own ‘Dusty’ moment for the Cats this year. And soon, he gets the chance to prove it.