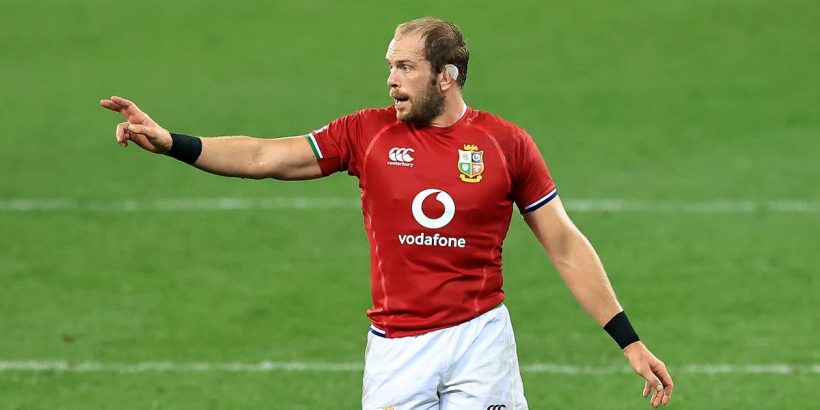 The British and Irish Lions travel to Cape Town Stadium on Saturday desperate to land the first blow against hosts South Africa in the first of their three summer Tests.

The Springboks sealed an early series victory over their European guests when the Lions toured South Africa in 2009, winning the first two Tests to render their third clash effectively meaningless.

Lions coach Warren Gatland has highlighted his squad’s depth and competition for places as a particular strength this summer, but it’s the starting XV who will make the initial impact in Cape Town.

The travelling outfit will make use of their bench options as they look to down the world champions, but Mirror Sport considers the key battles that will to set the pace early on…

Eben Etzebeth has long held a reputation as one of South Africa’s leading enforcers of his generation, but the Lions have a fearless leader of their own in the returning Alun Wyn Jones.

It was feared Jones’ tour had ended after only eight minutes, but the captain has made a miraculous recovery from his dislocated shoulder to start on Saturday.

Like Toulon talisman Etzebeth—who has 86 caps for South Africa—Jones is far and away the most experienced player in the Lions camp with his 148 Wales caps (along with nine for the Lions).

Maro Itoje will also play a leading role in ensuring the visitors have a sturdy foundation in the forward battle, but Jones is the undeniable leader figure the Lions need in hostile territory.

Even approaching his 36th birthday, Wales’ cap record-holder is exemplary and able for the 80 minutes, but how will his fitness hold going up against an immovable object like Etzebeth?

Cape Town native Pieter-Steph du Toit will be playing with home comforts in his favour again on Saturday, but Sale flanker Tom Curry hopes to ensure his first Test will be anything but easy.

The pair are the only surviving members of their respective back rows from the Lions’ defeat to South Africa ‘A’ earlier in July, and for good reason given their prestige as elite opensides.

Du Toit, 28, was voted World Rugby Player of the Year in 2019 after getting the better of England in that year’s Rugby World Cup final, when Curry played blindside for the losing contingent.

Many expected Scot Hamish Watson to receive the nod as Gatland’s No. 7, but 23-year-old Curry can underline his growing credentials with a big performance at the breakdown.

The fact Curry placed as one of the runners-up to Du Toit for that 2019 Player of the Year award adds a touch of personal drama to this particular struggle.

Another selection that will have surprised many considering Conor Murray recently stood in as deputy tour captain, Ali Price is instead the man tasked with keeping Faf de Klerk in check.

The Sale No. 9 played a critical role in bringing the Rugby World Cup back to South Africa two years ago, but Price has proved himself one of the sport’s in-form scrum-halves of late, too.

Save for 10 minutes in the sin bin, De Klerk played the entirety of South Africa A’s recent win over the Lions and provides a critical role adding pace to the Springboks’ attack these days.

Price will hope respite yields some advantage considering his last competitive outing was more than two weeks ago against the Sharks, with a non-stop head-to-head awaiting him in Cape Town.

Very likely the one battle that will have the biggest say in deciding Saturday’s result, Dan Biggar will look to do what he could not at the last Rugby World Cup and get the better of Handre Pollard.

There can be no understating the importance of the kicking duel set to take place Saturday, both in terms of gaining field position in open play and converting points from the tee.

Gatland has expressed some surprise to see Pollard back in the starting XV following a recent isolation period due to Covid-19 protocols, having not featured for his country since November 2019.

The Montpellier No. 10 finished as top points scorer at the 2019 Rugby World Cup (69), but valid questions are abound as to whether he can reach the same standards this summer.

Pollard is also under great pressure to thrive given South Africa coach Jacques Nienaber has no obvious fly-half replacement, while Owen Farrell will likely come in for Biggar at some point.

A feast of attacking talents is set to unravel on the Lions’ left flank, where Duhan van der Merwe will see his questionable defensive assets thrust under the microscope by Cheslin Kolbe.

And that side of the pitch promises to be an open, two-way struggle as long as this are on the pitch, with little meeting large in a battle between two of rugby’s in-form wingers.

Van der Merwe has earned his spot in Gatland’s plans ahead of Welsh whizzes Josh Adams and Louis Rees-Zammit, but the Scot must now back it up against arguably the Boks’ biggest threat.

Toulouse winger Kolbe is as slippery as they come, but South Africa-born Van der Merwe—who made his Scotland debut in October—has proved too hot to handle with five tries in three tour appearances thus far.