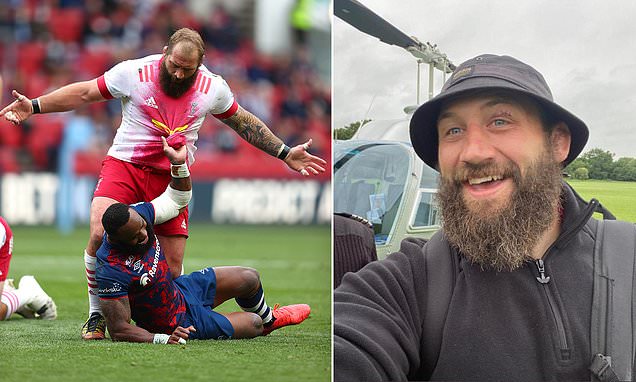 CHRIS FOY: Joe Marler is the daddy! Harlequins star proves he’s the best in the business with monumental display against Bristol after helicopter dash from child’s birth… while 10,000 fan limit for Premiership Final is a JOKE

Joe Marler will have enjoyed Father’s Day, after being treated like a VIP on Saturday and duly playing like one, as Harlequins produced the mother of all comebacks against Bristol.

On Thursday, the 30-year-old England prop’s wife, Daisy, gave birth to a daughter – their fourth child. His club were so determined to ensure he spent time with his expanded family before their Premiership play-off that they arranged to fly him to the West Country and back in a helicopter.

So Marler took the aerial route from Tonbridge School – near his home – to North Bristol Rugby Club, before joining up with the rest of the Quins squad. Then, at Ashton Gate, he justified the special arrangements with a monumental performance. 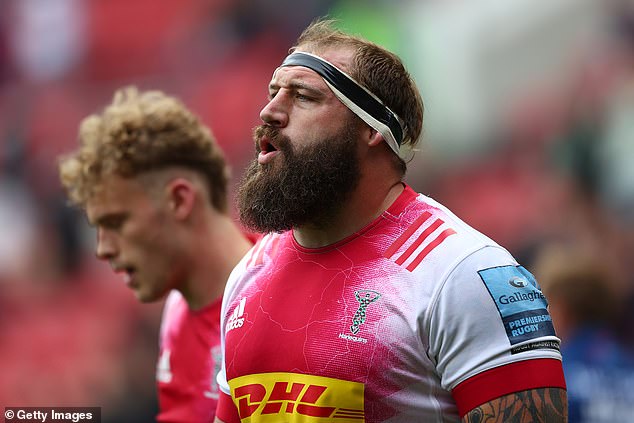 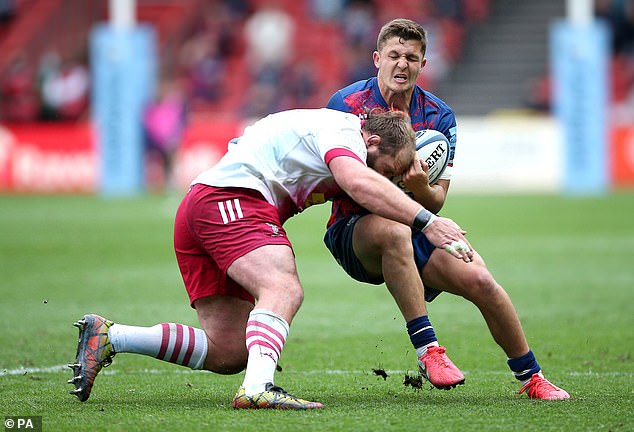 Officially, it was recorded that he lasted 95 minutes, but it was more than that. With the first half of extra-time dragging on for seven minutes longer than the intended 10, Marler was actually on the field for 102 minutes. For a front-rower in a high-tempo, high-intensity game, it was a herculean shift.

Remarkably, Marler’s influence grew as the game wore on, far past the normal point when props are all replaced. In the 65th minute, he helped Quins earn a scrum penalty. Five minutes from the end of normal time, he delivered a thunderous tackle on Callum Sheedy which earned the visitors a penalty and set the wheels in motion for the try which tied the scores.

In extra-time, he was still going through the familiar repertoire; hurling himself into collisions, smiling and joking, but also growling and grumbling. It was classic Marler. They patched up his head in the 88th minute, he had a swig of an energy drink and kept playing. Seconds later, he pounced on a loose pass and won possession back for his team. The next minute, he threw a diving pass wide on the right to keep an attack alive. 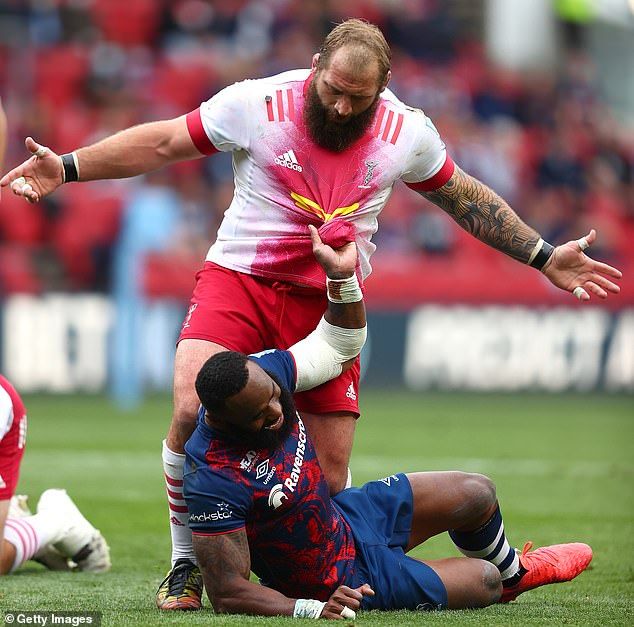 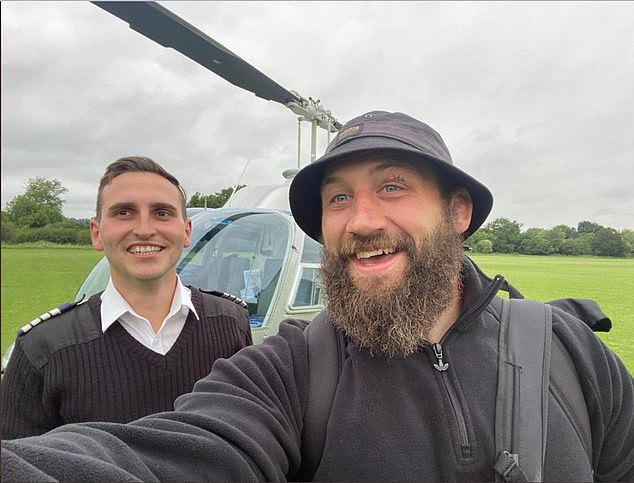 When Quins won another scrum penalty in the 95th minute, there was Marler leading the charge, with a powerful shove which laid the platform for Tyrone Green to touch down again. Later still, he thought he had won a breakdown penalty and angrily berated Joe Gray for infringing to hand the initiative back to Bristol. Even then, he was still fired-up and contesting everything.. He eventually hobbled off when his side were on the brink of victory.

It was an inspirational effort, in keeping with recent tradition. Marler may not have been picked by the Lions, but there is not a loosehead anywhere in the world playing with more consistent authority at the moment. He could still play Test rugby and be a dominant force, but he may not do so ever again. It is understood that he won’t feature for England next month and the international outlook beyond that is uncertain.

But Harlequins and Marler himself are benefitting from his decision to withdraw from national service during the Six Nations. He is undoubtedly a rugby VIP. They should keep the helicopter on stand-by – he deserves it. 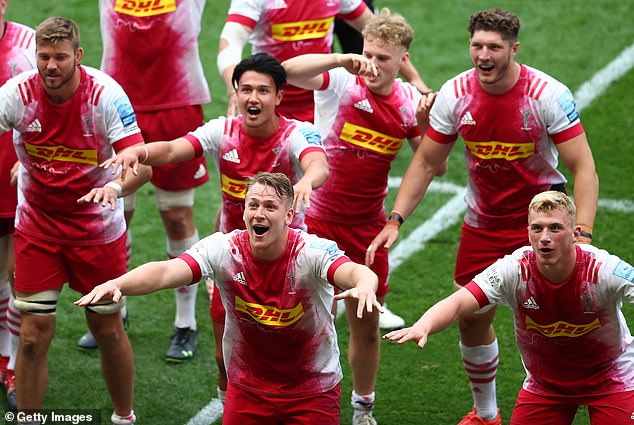 Piatau deserves to play on the biggest stage

Charles Piutau was sensational when Bristol were running riot in the first half on Saturday and it is a desperate shame that the ex-All Black’s bid to represent Tonga at the next World Cup appears to be doomed.

Being on club duty last weekend meant he missed the Olympics Sevens repechage event in Monaco which would have allowed him a way to switch allegiance at Test level, as another former New Zealand player – Wasps centre Malakai Fekitoa – is doing.

If Tonga had qualified for the Games in Tokyo, it would have presented Piutau with a further opening, but they lost to Ireland, Samoa and Zimbabwe. The last of his 17 appearances for the All Blacks was almost six years ago and his talent has been in international exile ever since.

Eligibility regulations allow the powerful nations to amass foreign talent, but make it difficult for weaker nations to claim back players with heritage links. The system needs to be made fairer, with greater common-sense applied.. Piutau could light up a World Cup and make Tonga a major threat – which is perhaps what the elite are afraid of… 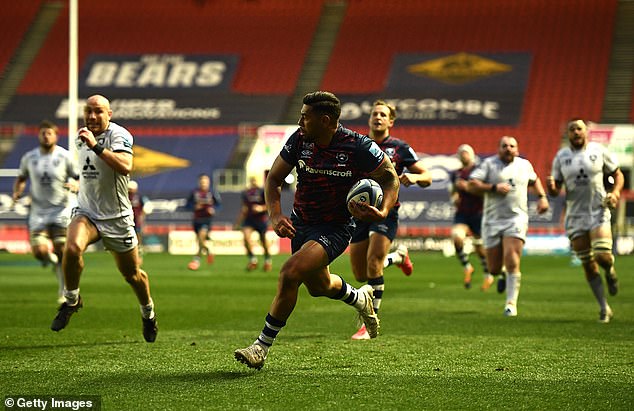 Twickenham fan limit is a joke

The government’s decision to impose a 10,000 attendance limit for Saturday’s Premiership Final is a cruel joke, at a time when they are allowing football authorities to dictate to them about COVID restrictions, in order to secure Euros 2020 knock-out games at Wembley.

Twickenham has a capacity of 82,000, so seeking permission to fill a quarter of the seats was hardly outrageous. Instead, rugby’s domestic showpiece will take place in front of a meagre crowd, while other sports fill stands and Scottish football fans were permitted to gather in vast, clustered, rowdy hordes in London. The ruling is illogical and appears vindictive. 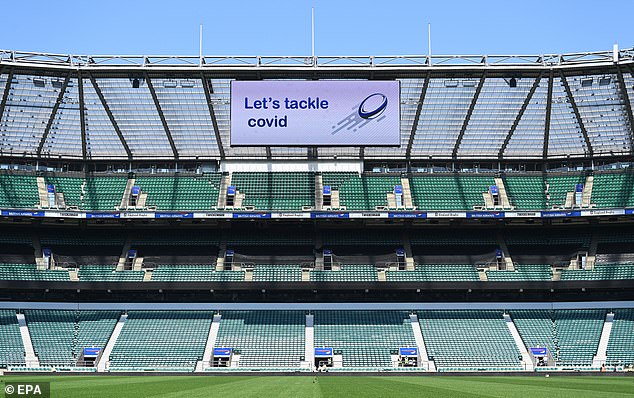 Tuilagi back on England duty

Manu Tuilagi has been recalled to the England squad and is set to make his first Test appearance since March last year, when the national team face the USA and Canada next month.

The centre is one of four Sale players who have been selected by Eddie Jones, to join the Red Rose training camp, along with Ben Curry – twin brother of Tom, Scotland-born prop Bevan Rodd and hooker Curtis Langdon.

There are also three additions from Bristol; Will Capon, Max Malins and Harry Randall, while Northampton backs George Furbank and Ollie Sleightholme have also been added to a squad awash with young talent. 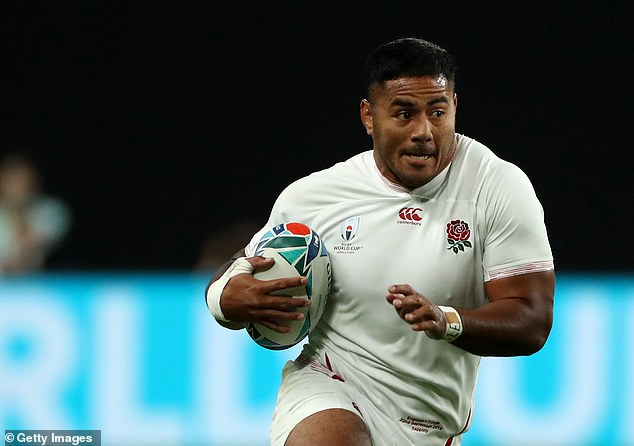 South African rugby’s sense of self-belief has been badly dented, barely a month before the Springboks face the Lions. The Bulls’ 35-8 Rainbow Cup Final defeat against Italian side Benetton in Treviso on Saturday sent shockwaves back across the equator.

There is no direct relevance to the approaching Test series between the world champions and Warren Gatland’s tourists, but the result suggests that South African players may be more undermined by a lack of meaningful rugby in the last year than typically confident Bok fans may have realised.

Rob Baxter may not want to be England head coach one day, but he keeps showing that he could be good at it.

Those who do the job say that selection is the most important aspect of top-level coaching and Exeter’s director of rugby made a brave call last week which was fully vindicated – by picking Jack Nowell at full-back and leaving Stuart Hogg out of his starting XV.

Baxter thus gave a timely jolt to the Scotland captain and proved to the rest of his squad that form and effort must be recognised before status. Everything was explained calmly and matter-of-factly, which drew the desired response from his players.

Once again, Baxter demonstrated a knack for selection and for man-management, in a high-stakes situation. His personal conviction, innate fairness and fierce resolve are driving the Chiefs towards another title. 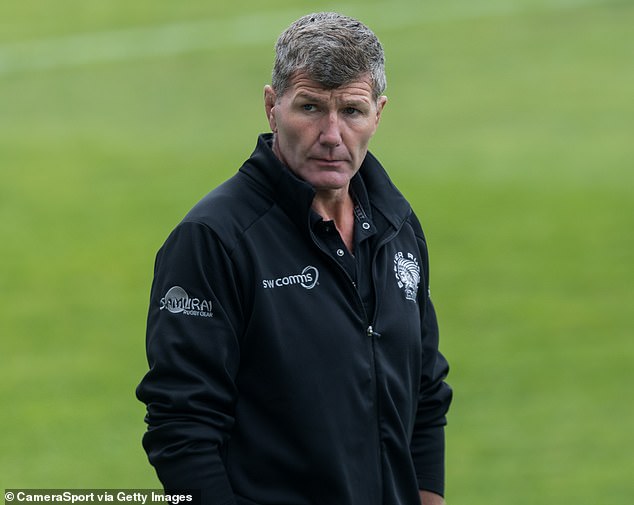