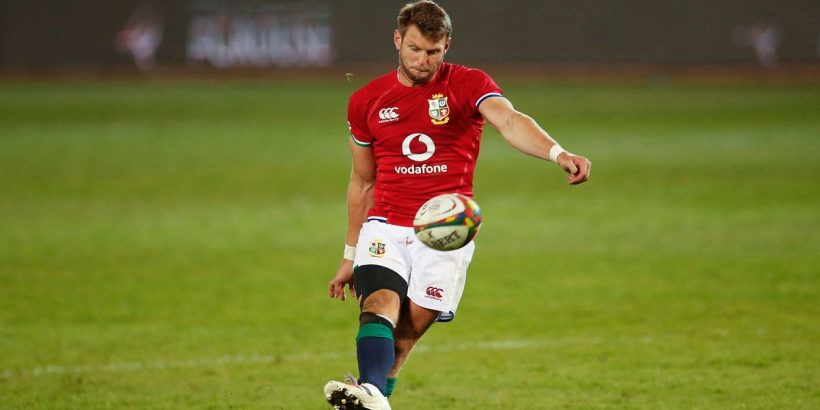 Any team touring South Africa will be well aware of the physical battle that awaits them, and Lions fly-half Dan Biggar has highlighted the need for his side to match their hosts in that department.

The Wales No. 10 is in the frame to start Saturday’s opening Test at Cape Town Stadium, where he’s warned his team-mates must match the Springboks up-front or risk being “overrun.”

South Africa have long held a reputation for producing big, lumbering forwards who provide a sturdy platform for their backs, although the world champions have expanded slightly in recent years.

Nevertheless, Biggar remains wary of that side of their play, hoping for some redemption against Rassie Erasmus’ men after they edged Wales out of the 2019 Rugby World Cup semi-finals. ”What's impressive about South Africa is you kind of know everything they're about to throw at you, but it's still very difficult if they do it well, or you're a little bit off or lose a couple of collisions, to get back on top of them,” Biggar said.

"That momentum is huge for them. It's about staying in the arm wrestle for as long as possible, not giving them anything cheap and then taking your chances when you get them.

"Everyone who plays against South Africa knows what they're going to present. It's just making sure you're physical and patient enough to stick in there. "You've got to match it first and foremost. Unless you match it, you're in a bit of trouble really. You're going to get overrun.”

The Lions have breezed to victory with relative ease in five of their six warm-up matches this summer.

Their sole defeat came at the hands of a South Africa ‘A’ team, which featured a raft of stars who will be in contention to start for the hosts in Cape Town this Saturday.

Biggar continued: ”I'm not saying like for like – hopefully there's an opportunity for us to move the ball a little. First and foremost, it's about making sure you play in the right areas and take your chances.

"We'll have some plays up our sleeves to target some areas which we see as weaknesses.

"But ultimately, when you play this team, you know you've got to bar up physically otherwise everything you've planned goes out the window."

Lions head coach Warren Gatland has his own arsenal of physical weapons, not least of which captain Alun Wyn Jones, who has recovered from a dislocated shoulder to be fit for the first Test.

The British and Irish squad lost the series 2-1 the last time they toured South Africa in 2009, and Jones is the only surviving member from that selection, then coached by Sir Ian McGeechan.

Wales team-mate Biggar looks to be in a head-to-head with England’s Owen Farrell for the No. 10 jersey, although both could end up starting should the latter be pick at centre in Thursday’s team announcement.

Biggar knows all too well the brand of tight, tactical rugby South Africa can exploit to good effect, and meeting the hosts at their own game will be critical to starting the Test series with a win.