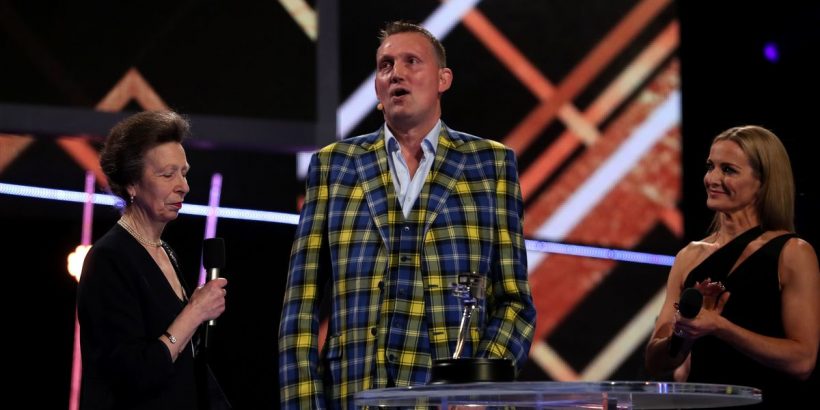 Awards ceremonies can often be such tedious affairs, but much less so when Doddie Weir is among the attendees.

And not only was the former 61-cap Scotland international invited to BBC Sports Personality of the Year in 2019; he was to be the recipient of an award himself, bequeathed by none other than the Princess Royal, Anne.

Weir—who was diagnosed with Motor Neurone Disease in 2016—would receive the Helen Rolasson award for "outstanding achievement in the face of adversity."

Such was his success in raising awareness of the disease and funds to combat it, with Weir's 'My Name'5 Doddie' charity coming up with a large portion of the £10million he's helped put towards research.

Meeting a member of the Royal Family was only one highlight from an evening rubbing elbows with some of sport's most recognisable faces, however.

In a Telegraph extract from his new book discussing the challenges of living with MND, Doddie's Diary, Weir detailed a chance encounter with three-time Olympian Katarina Johnson-Thompson.

The ex-Scotland regular thanked his wife, Kathy, and sons for their aid after Princess Anne had distributed the award, encouraging an emotional Weir to make a quick dart for the bar.

"It became very busy, but one who joined our party was none other than super-athlete Katarina Johnson-Thompson, the heptathlon world champion and one of the contenders for the top prize," he wrote.

"She was made very welcome, as was Chris Hoy and his wife, Sarra, and Gabby [Logan] who was there with her husband.

Will Katarina Johnson-Thompson end her wait for an Olympic medal at Paris 2024? Let us know in the comments section.

"It all felt very familiar, because it was like what we used to get in the old amateur days after international games, crowded bars, people aiming to enjoy themselves, plenty of chat and good company. Like the seasoned professional he is, (ex-England rugby international) Simon Shaw decided he was peckish, headed off into the night and arrived back with a McDonald’s. Once a Lions tourist.

"Katarina left us briefly, only to return with her mum, once she’d slipped into something a bit more comfortable – but intent on trying a Guinness for size. Good girl."

Weir, 51, gave the 2019 heptathlon world champion kudos for ordering a pint of the black stuff given the grand surroundings, but Johnson-Thompson's score was almost affected by an early dismount.

"I have a house rule that you have to finish your drinks," he continued.

"She’d about half a glass of Guinness left as she was going to leave. No, finish that first. So she just skulled it. She can come out with us any time she wants. I think she left a real impression on those who met her, just being so down to earth and, as someone who, having put all the hard yards in that year, was now out to enjoy that moment. What it’s all about."

Weir also recalled how eldest son Hamish took "more than a passing interest" in Johnson-Thompson, only for brother Thomas to take over and casually refer to the Olympic star as 'Dina'.

"You really can’t take them anywhere beyond Gala," Weir concluded.

Doddie's Diary will be released by Black and White Publishing on Tuesday, looking back on "the highs, the lows, the laughter and the tears" of Weir's first few years battling against MND.