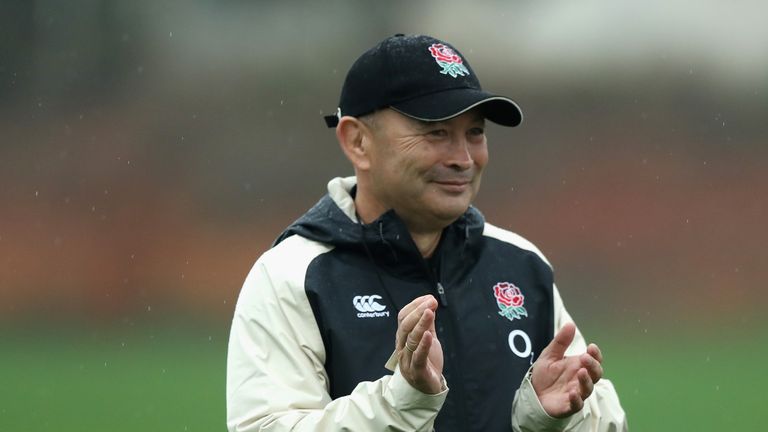 England coach Eddie Jones says he is impatient for his side to face New Zealand for a true test of their abilities.

Jones feels England, who narrowly defeated South Africa 12-11 on Saturday, are ready to prove themselves against a team widely considered the pinnacle of the sport.

“I said to the boys after South Africa that I can’t wait. I cannot wait,” Jones said ahead of next Saturday’s game at Twickenham, live on Sky Sports.

“They are the benchmark for world rugby, the team you want to play against. Where are you in the world? You only know when you play against the All Blacks.

“Any team that wins 91 per cent of their games is a great team. What other teams in world sport do that? “But the win just makes everyone feel a bit better. If you lose a game like that, it’s harder to pick the players up. Now we won’t have to pick them up.

“The belief you get from winning those tight games is enormous. That’s the big thing for us.”