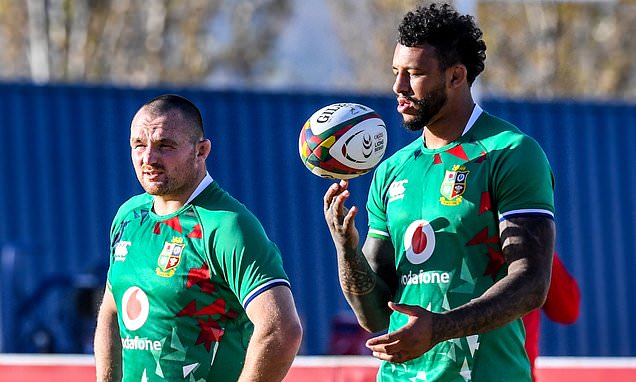 Let’s lay down the Lawes! England forward Courtney keen to put down a marker for the British and Irish Lions tour by imposing their forward dominance with a thumping win

Courtney Lawes and the rest of the Lions pack are primed to deliver a statement of intent on Saturday about their ability to cope with the ferocious physicality of a Test series in South Africa.

What awaits Warren Gatland’s side is an opening tour game at Ellis Park, Johannesburg against a young team representing Gauteng also known as Lions — but the similarities end there.

The visitors are expected to win handsomely but what matters is that they further develop team cohesion and combinations, and send out a warning to the world champion Springboks about their refusal to be pushed around or dominated. 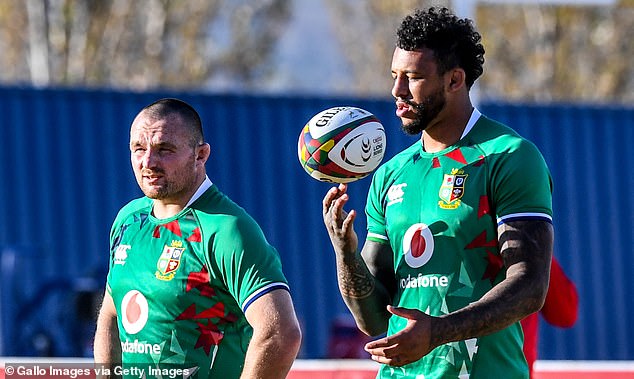 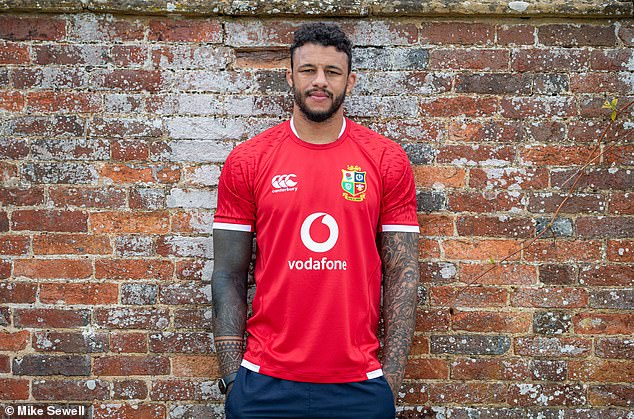 There is likely to be a gulf in class but that won’t stop the players representing Gauteng from trying to undermine the Lions’ preparations for the serious business of the tour. If they are able to expose any weaknesses or cracks it might enhance local belief that the vaunted travellers are there for the taking.

The Boks won the 2019 World Cup with a demonstration of set-piece supremacy in the final against England and they will be watching for signs of encouragement about doing a similar number on the Lions.

It is essential the red-shirted pack jolt South African optimism by overwhelming the Gauteng rookies in all contact areas. If Gatland’s forwards achieve dominance, it will serve as a powerful marker.

Lawes, the veteran England lock being deployed at blindside flanker, is clear about their objective, saying: ‘It’s our first game out here so it’s going to be important to take a good step forward and show what we are going to be about on this tour and — come the Tests — what sort of pack we’re going to be.

‘Regardless of who you play, as a Lions team your opposition are always going to be gunning for you and they’re always going to be so up for it and ready to get into you. We will be prepared for that but still looking to impose our own physicality on the game as well.’

In days gone by, a provincial team such as Gauteng’s Lions would have seen unsettling the tourists as their national duty — whether by fair means or foul. The game is cleaner now, but Lawes recognises the need to maintain composure in the face of any antagonism. 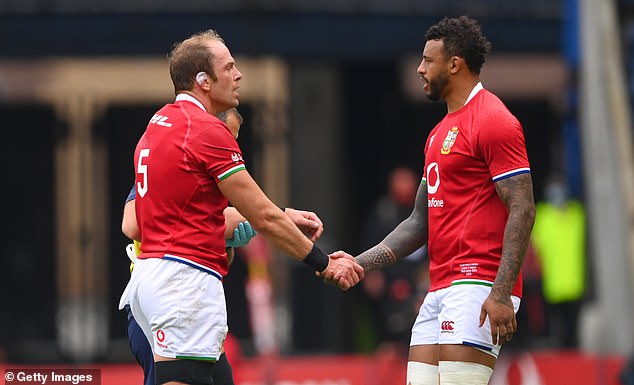 ‘I’m not entirely sure what we’re going to get in terms of people trying to wind us up but we’ve got a lot of pretty level-headed players,’ he said. ‘We’re certainly not looking to start scrapping in the first game on the tour! We’ll see what happens. I’m sure they will come out flying and we’ll need to be prepared for that.’

The early stages of this Lions crusade have been complicated by more than the inevitable disruption in a strict Covid-19 bubble.

Losing tour captain Alun Wyn Jones to a dislocated shoulder just seven minutes into the warm-up win over Japan at Murrayfield was the worst possible setback, but now there is hope that he can make a ‘miracle’ recovery.

The news that the Wales lock may yet rejoin the squad has provided a boost, but Lawes insisted that the Lions have plenty of know-how to cope in his absence. ‘If we could get him back that would be great,’ he said.

‘Obviously he’s a great bloke and an amazing captain but we are fortunate to have so many good leaders and people who have played in really big matches, who can step up. So while it would be amazing to get him back and he would add to the group we are not going to be lost without him.’

The Lions won’t find themselves lost on Saturday, far from it. They are capable of winning by a massive margin — as their predecessors did with a 74-10 victory over these opponents in 2009. The intrigue will be in how they go about making their myriad advantages tell. 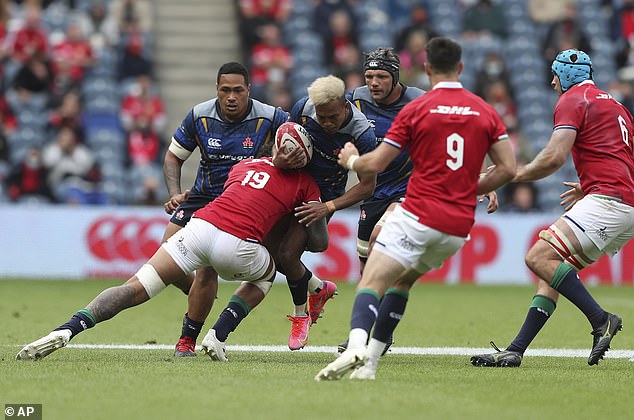 If the pack gain the upper hand as expected, the chosen back line could run amok, with captain Stuart Hogg, Louis Rees-Zammit and Josh Adams making up an electric back-three unit.

It won’t be just the pack hell-bent on making a statement. The same goes for Finn Russell, who will want to prove that Dan Biggar is not the shoo-in to start at No 10 in the Tests, as the recent consensus suggests.

If the Scotland playmaker and Owen Farrell function as well together in a match, as Gatland claimed they have in training, it could be a valuable double act.

Ireland centre Robbie Henshaw is out of the game against the Sharks on Wednesday with a mild hamstring strain, so the midfield is in a state of flux.

Farrell can avoid falling between two selection stools by delivering a compelling audition to banish memories of his off-colour Six Nations.

That would be another early statement with profound ramifications.