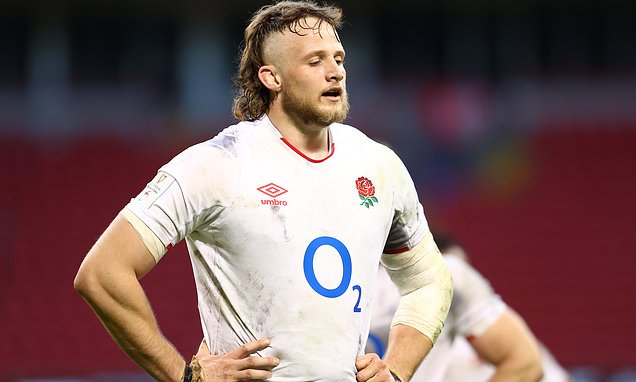 MIKE BROWN: Hours go into analysing the best way to approach referees so there are NO excuses for England… their ill-discipline cost them against Wales and they’ve got to be careful because a bad reputation is not easy to shake off

There’s no excuses for England’s ill-discipline. Hours and hours are spent analysing referees and their individual traits.

Early on in the week of a Test match, we were told who the referee is and looked closely at how they operate. So much analysis goes on. There is video footage of things they consistently penalise, whether it’s at the ruck, the scrum, the offside line et cetera. There is analysis of how they interact. Do they engage? Are they approachable? Are they stern? Are they matey?

In the senior meetings, there would be on advice on body language and building a rapport with the officials. Eddie Jones is really hot on it. Players are told to take a ‘yes sir, no sir’ approach and have passive body language that makes the referee feel like they are in control. 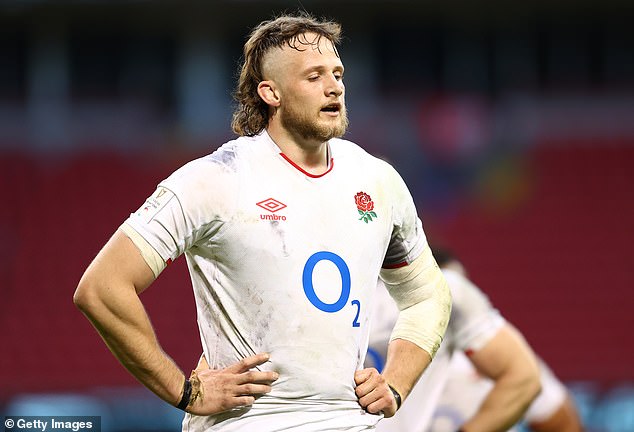 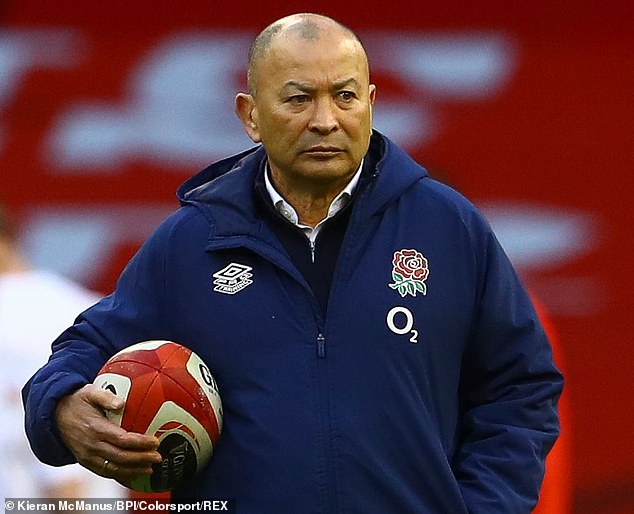 Head down, looking towards the ground, rather than shouting and throwing your arms in the air. Dylan Hartley was superb at it. Sometimes you have to bite your tongue and take your medicine.

Right now, the way England communicate with the referee is clearly not working. ill-discipline cost them the match in Cardiff.

Under pressure, they start giving away penalties and now they seem to have problems with referees more often than not.

It is human nature that officials will see common themes and start to give 50-50 calls to the opposition. You can earn yourself a bad reputation and England have to get rid of theirs by being extra squeaky clean. As soon as someone has a perception of you as a team, it is very hard to shake it off.

England must be whiter than white in the two remaining matches. They are going to have to leave the ball alone in rucks, unless it is 100 per cent on, because that is often a source of their problems.

Their ill- discipline allowed Wales to hang in the fight and ultimately win the game. 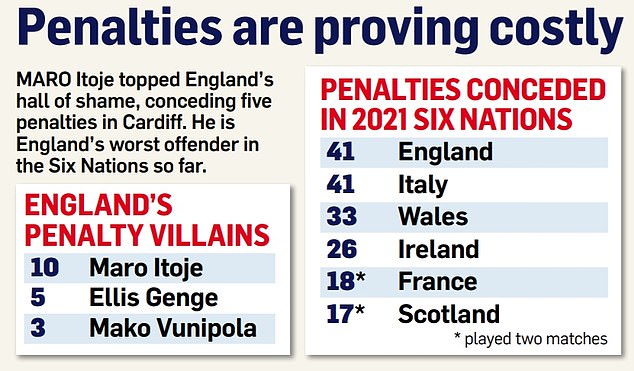 The penalties they are giving away are just stupid. The Jonny Hill one, which led to the Kieran Hardy try was needless. Firstly, he was diving off his feet and secondly he was knocking the ball out of the scrum-half’s hand, both of which look bad. England have got to paint better pictures because it is what wins and loses Test matches. Maro Itoje is a world class player but you can’t hide away from his penalty count.

But the good news is that England grew into the game and looked at their best when they started moving the ball around. George Ford looked really sharp…standing flat to the line and bringing his ball carriers onto the gain line, sitting behind the pod. Putting the refereeing interactions to one side, Owen Farrell had his best game for England for a while, linking with Ford to move the ball to Henry Slade and the outside backs, and also showing his offloading skills.

Fair play to Owen for stepping up and showing his character of a guy. He is a top-class professional, who has taken a lot of stick, and he played well. But the ill-discipline has to stop.

France are next up and they are a brilliant team at taking opportunities if you hand them to them on a plate. I would like to see Luke Cowan Dickie, Ben Earl, Dan Robson and Max Malins given a start ahead of Jamie George, Mark Wilson, Ben Youngs and Elliott Daly. A Test against France will be a real litmus test of what they’re about and whether they can step up moving towards the World Cup. Eddie has shown a lot of loyalty to some of his players but, as I’ve experienced first-hand, that loyalty can end in a flash. 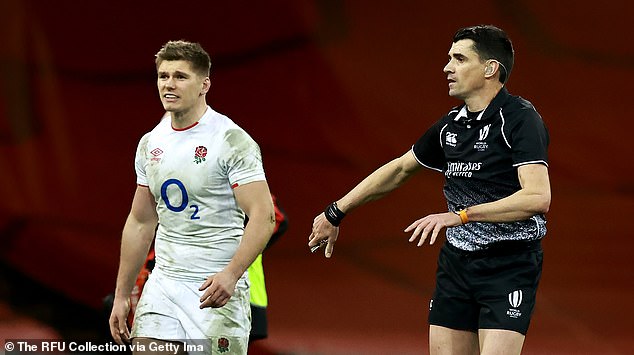 The defeat has also cost me a week in a Wales jersey, courtesy of my Harlequins team mate Scott Baldwin! He is a proud Welshman and we made a little bet that the loser has wear the opposition shirt for a week. Fair play to Wales because they put in a hell of a shift.

Their forwards muscled up, the backs took their opportunities and their pressure forced England to give away penalties. I’m sure the photographs of me in a red jersey will find their way out.