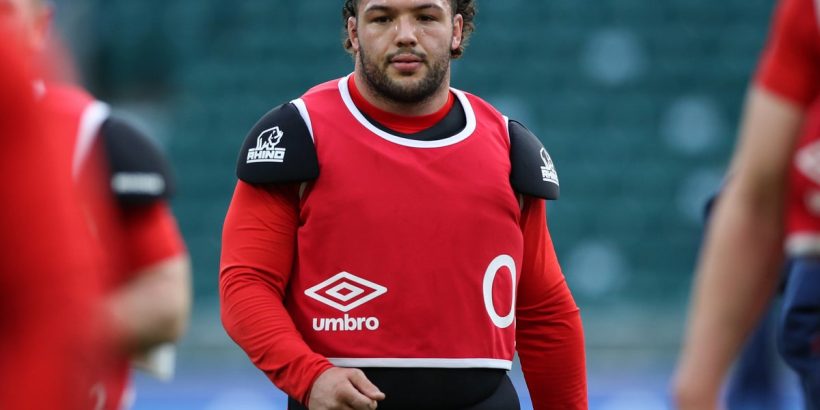 Ellis Genge says lifted the lid on the psychological toll of existing inside England’s bubble for the duration of the Six Nations.

Genge describes spending two months in England’s camp at The Lensbury as “horrible” but insists the experience has united Eddie Jones’ squad, especially during moments when defeats to Scotland and Wales resulted in fierce criticism of their performances.

An extended period living under strict coronavirus safety protocols will end after Saturday’s climax to the tournament against Ireland in Dublin where the fallen champions will be looking to build on a magnificent 23-20 victory over France.

“It is just horrible, isn’t it. It’s hard being around so many people a lot of the time that you don’t necessarily want to be with because you are young. You want to get out and do stuff,” Genge said.

“I have a son at home and a dog, who I love dearly and who I can’t walk. I want to see my family – my nieces, my mum, my nan, my friends.

“(Prop) Will Stuart said the other day that he can’t remember life before the Lensbury. I think it’s taken it’s toll on people psychologically.

“Talking about the psychological toll, I don’t think I am going to run around screaming ‘Lensbury’ everywhere, but it’s not been easy.

“It’s not easy being around people who you don’t always necessarily want to be around for this amount of time.

“We are all in it together and I feel this group has invested in each other. We have all agreed to make this sacrifice together and we are starting to see the benefits of that now quite late in the competition.

“For me times of darkness actually bring laughter. I think we now enjoy these situations. We’ll look back definitely and have a few moments that we’ll laugh about.”

Bond-building 6am gym sessions with a twist and squad-wide FIFA and golf simulator competitions have helped break up the routine, the latter taking place in the build-up Saturday’s win against France.

Genge and Anthony Watson defeated Billy Vunipola and Ollie Lawrence in the final of FIFA with the losing team serving dinner in team suits as a forfeit.

“A little bit of healthy competition brought the group together quite nicely. Play computer, or get a social hit outside with a coffee,” Genge said.

“We usually do this thing called bacon and eggs, which is a 6am start in the gym. No one wants to do it, but we do it. It’s a sacrifice. We get up, do it together and it brings us closer together as a team.

“This week they mixed it up and there was a nice little surprise – use your imagination. It wasn’t weights. Little things like that keep us on our toes, but it’s not been easy at all.”

Jones names his team on Thursday when it will be revealed if Henry Slade has recovered from his calf injury in time to face Ireland.

Rugby coverage is brought to you in association with QBE who help businesses build resilience through risk management and insurance. For more information go to QBEEUROPE.com