Director of rugby Rob Baxter claims his squad have the capacity to play midweek fixtures, if it means the season can reach its conclusion.

Exeter are five points clear at the top of the table — in pole position to reach the play-offs — but Baxter emphasised the size of the challenge ahead. 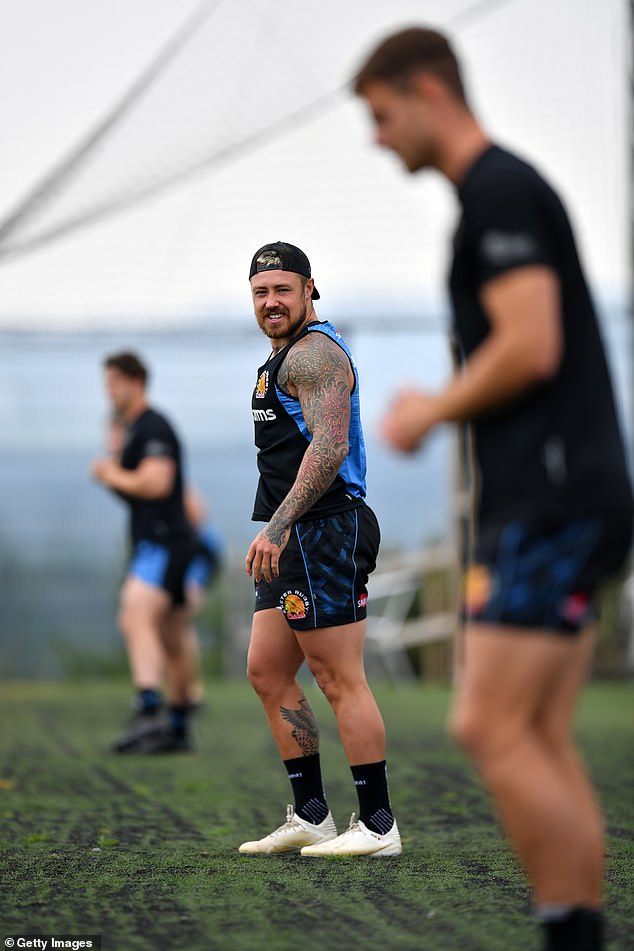 ‘We have a slender lead by comparison to Liverpool and they don’t have to play a semi-final or final,’ said Baxter. ‘Liverpool could have come back a bit shaky and still won.

‘The important thing is to try to keep things in your own hands.

‘Do I have confidence that we will do OK? Yes, I do. If you’re going into a shortened season you want to start top of the pile.

‘I think we can manage an increased workload. If there were any proposals, they would be spread out.’

Meanwhile, Jonny May has signed a new long-term deal with Gloucester.