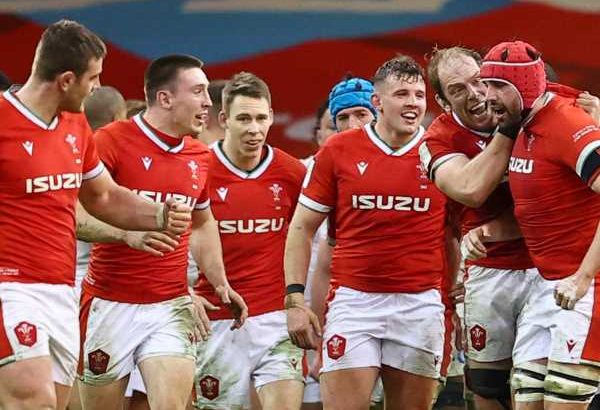 Wales travel to Paris aiming to complete the job

Alun Wyn Jones says excitement and support from the Welsh public is “definitely not lost on us” as Wales try to win a Six Nations Championship like no other.

Wales conclude their campaign against France in Paris on Saturday, when victory would see them crowned Six Nations Grand Slam champions for the second time in three seasons.

This time, though, the feat would be achieved in its entirety without fans in the grounds due to coronavirus-related restrictions. But, despite the tournament being played out behind closed doors, Jones knows that supporters’ sense of expectation and encouragement has not waned.

“The privilege and the sense of pride we have in representing Wales has been accentuated by the off-field situation,” Wales captain Jones said. “I, as an individual, and the team have not needed reminding of what everyone is facing and what we are representing.

“The people you do come in contact with are probably more animated and excited than they would be anyway. It is definitely felt. At the Vale (Wales’ hotel and training base) there are a few guys relaying the driveway, and you could see the excitement in their faces as they waved us off. It is definitely not lost on us.

“There is an overriding sense of anticipation and excitement for what is a relatively large fixture tomorrow.”

Wales have won on three of their last four Six Nations visits to France, while only wing Louis Rees-Zammit in their starting line-up this weekend has never been part of a Grand Slam-winning team.

But they have not faced the challenge before of completing a Six Nations clean sweep away from home – all four previous Grand Slams were sealed in Cardiff – and they will encounter a France team still holding title aspirations.

Les Bleus effectively need to win their remaining games against Wales and Scotland with bonus points and hope they have done enough, but Wales hold all the aces, arriving in Paris with a nine-point advantage over France.

“The competition as a whole has been one of the best,” added Jones, who will become the first player to be part of four Grand Slam-winning sides if Wales triumph.

“They (games) go one of two ways in knockout or cup final rugby. We will know after the two 40s (halves) which way it will go. I don’t have a crystal ball, I can’t tell you how it is going to be.

“It will be two teams battling it out with a chance of silverware. It all comes down to what happens between the white lines, and that has to be our focus.

“They (France) have obviously got a lot of structure and they have got the potential to be devastating on the counter-attack. We probably didn’t convert as much of the territory and possession we would have liked earlier on in the competition, but we had a decent last hit out (against Italy) and ultimately, it all comes down to this.”