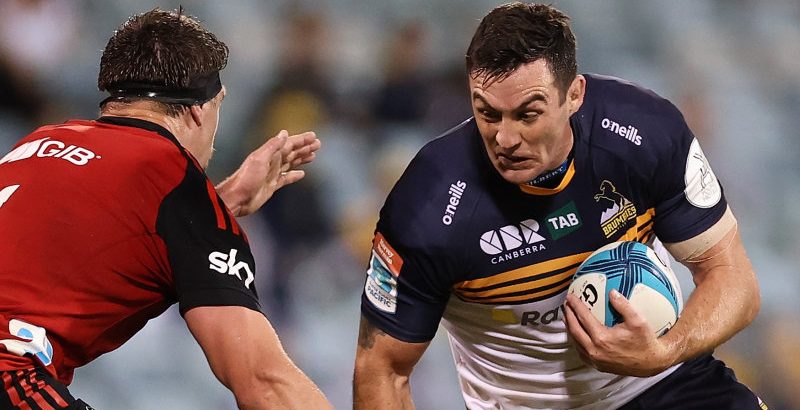 Ten years after he was first called into a Wallabies squad, veteran Brumbies lock Cadeyrn Neville will become one of the oldest men to debut for Australia when he starts against England on Saturday in Perth.

Neville, 33, will be named in the run-on team when coach Dave Rennie reveals his Wallabies side on Thursday, in a bid by coaching staff to transfer the efficiency and power of the Brumbies forward pack to the first of three Test showdowns with England.

Neville is the third-oldest player to debut for the Wallabies since World War Two, behind ex-Springbok Tiaan Strauss in 1999 (aged 33 years and 349 days), and one-Test back-rower Ken Yanz in 1958 (aged 33 years and 295 days). Neville will be two months younger than Yanz, and eight days older than Josh Mann-Rea was in 2014.

The selection is a reward for the exceptional persistence of Neville, who has played 60 Super Rugby games at three different teams and been on the fringes of the Wallabies for a decade.

The 120kg, 202cm forward was first called into a wider Wallabies squad in 2012 under Robbie Deans after just three Super Rugby games. His potential also intrigued Ewen McKenzie, Michael Cheika and Rennie enough for them to pick Neville in squads as well. 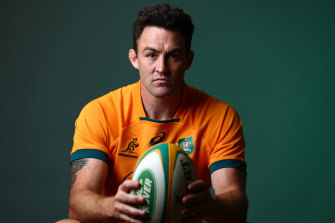 The title “journeyman” is overused but it fits Neville pretty well. He began his sporting career at the AIS as an elite rower in 2007. He left boats to use his size in contact sport, playing rugby league for Narraweena Hawks and lower grades for the Manly Marlins, before giving rugby a serious crack and winning a Rebels contract in 2011. Neville went on to play Super Rugby for the Rebels and Queensland, before moving to Japan in 2017.

Neville returned to join the Brumbies under now-Wallabies forwards coach Dan McKellar in 2019 and has become a mainstay of the ACT starting team with strong mauling, a combative style and a high workrate. In the absence of Izack Rodda, Neville’s second-row combination with Darcy Swain was no doubt a selling point.

Neville said earlier this year he was dreaming of a Wallabies debut.

“It’s hard to sum up all the ways it would be special to me,” he told AAP. “I’ve had a taste of it in various forms over the years but it’s good to just go through the season and be named in that squad and just come in sort of the orthodox way.”

The Wallabies are clear on where the Test series will be won and lost. Speaking to media on Tuesday, McKellar repeatedly used the word “brutality” when describing both the English forwards and what the Wallabies would have to display to win.

“It’s a big part of their (England’s) DNA, the set-piece and the physicality and the brutality. It is something we are trying to bring to this group of forwards here,” McKellar said.

“We are trying to develop a mindset here about having the best maul in the world, that takes time. There are five groups of players who come from different franchises and they all do it differently.

“So the buy-in and the thirst for it from the playing group has certainly been obvious, from my end. Just that genuine physicality and brutality about what we do, playing with a real hard edge. You are not going to win any game of rugby without it, and you certainly won’t win a Test match.

“You have to take them on. If we do that, then we give the likes of the players we have in our back line a chance to really shine and dominate.”

Neville’s industrious game largely goes unheralded but McKellar appreciates his value, particularly at maul time. Many expected the Wallabies’ forwards to lift their rolling maul to the same potency of the Brumbies when McKellar joined Rennie’s staff, but it didn’t prove as reliable. Neville’s addition to the starting pack will go some way to addressing that.

Watch every match of the July Test Series on the Home of Rugby, Stan Sport. Kicks off this weekend with Wallabies v England (Saturday 7:15pm AEST), All Blacks v Ireland (Saturday 4:30pm AEST), South Africa v Wales (Sunday 12:55am AEST) and Argentina v Scotland (Sunday 5:05am AEST). All streaming ad-free, live and on demand only on Stan Sport.