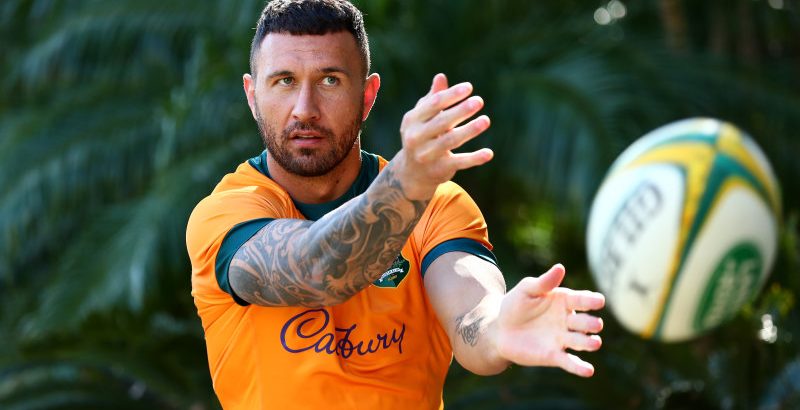 After 1541 days of international rugby wilderness, Quade Cooper will be back in a Wallabies jersey this weekend.

In one of the most extraordinary comebacks in Australian rugby history, the much maligned playmaker will start at No.10 for the Wallabies in Sunday’s Test against the world champion Springboks, more than four years after his last outing in gold. 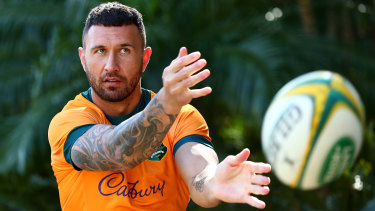 Quade Cooper will wear the Wallabies No.10 jersey on Sunday, more than four years since his last Wallabies cap. Credit:Getty

When the Herald revealed in July that Cooper had been called into the Wallabies squad after a coffee meeting with coach Dave Rennie, few thought the 70-Test veteran was a chance of getting a minute of international action in 2021.

Originally brought in as a training player, border lockdowns saw Cooper travel to New Zealand and over the next few weeks Dave Rennie made it clear the 33-year-old was not there to make up numbers.

Wallabies officials have confirmed Cooper will be named today at No.10 for a blockbuster outing against South Africa, the 2019 Rugby World Cup champions. The rest of the team will be named at 12.45pm AEST on Friday.

It is news that will stun the rugby world given Cooper’s Test career looked to be over after being overlooked by Michael Cheika in 2017 and let go by the Queensland Reds.

Cooper continued plying his trade in Brisbane club rugby before a stint with the Melbourne Rebels in 2019. He was not selected in Australia’s World Cup squad and after the Wallabies’ quarter-final loss to England, famously hit out at Cheika after the coach announced his resignation.

“If he actually cared about Aus rugby he would have done it a while ago,” Cooper tweeted at the time.

Cooper then took his services to Japan and is still contracted with the Kintetsu Liners but has their blessing to remain with the Wallabies.

Despite not playing on the international stage since a 15-minute cameo against Italy on June 24, 2017, Cooper has supporters all over the globe who believe he still can add value.

Rennie has rolled the dice and is eager to see Cooper shine after three inept Wallabies losses against the All Blacks by an average margin of 20 points. 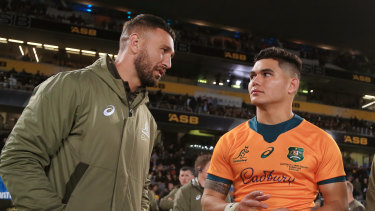 Cooper has influential figures in his corner and his Wallabies teammates have been quick to talk up his prowess on the training field, in particular his long cut-out passes that were a hallmark of his game a decade ago.

Ten years ago, Cooper was Australia’s starting five-eighth against Italy in the team’s first match of the Rugby World Cup in New Zealand.

While there have been highs and lows throughout Cooper’s career, one thing is now for certain – his inclusion will mean plenty of attention on Sunday’s match at Cbus Stadium on the Gold Coast.

Sonny Bill Williams said last week he was perplexed by Cooper’s omission for Bledisloe III, while Wallabies great Lote Tuqiri said on Thursday he’d be picking the veteran playmaker if he was coach.

It is unclear whether Noah Lolesio has been dropped to the bench or left out of the matchday 23 entirely but after three consecutive losses against the All Blacks, Tuqiri said there was merit in giving the youngster a break.

“I’ve always liked Quade Cooper,” Tuqiri said. “I’m not saying Noah Lolesio is not the option [but] I think Noah probably needs a bit of a rest at the moment. He’s only a young guy. That constant pressure every week can be a bit tough.

“He’s only young in his Wallaby career, so give him a week or two off and let Quade take some of these games. That can help take the pressure off him and Noah can come and take over probably in the last couple of games.”