England winger Gabriel Ibitoye is set to move to France after a compensation fee was agreed with Harlequins.

The 22-year-old, who has been a regular ‘apprentice’ under Eddie Jones, has signed a two-year contract with Agen, meaning he will no longer be eligible for international selection.

Quins offered Ibitoye a cut price deal in light of the financial squeeze caused by COVID-19 and salary cap tightening, but could not agree new terms. 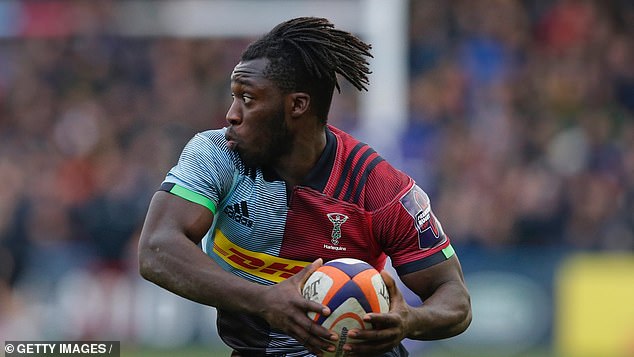 Ibitoye was subsequently free to leave, but Quins wanted a development fee having brought the youngster through their academy.

Meanwhile, Premiership clubs will begrudgingly agree to the emergency ‘Eight Nations’ plan for the autumn on the proviso it never is played again.

As Sportsmail revealed on Tuesday, England are to play Wales, Ireland and Fiji in one half of a Test tournament to replace the usual autumn internationals in November and December.

It will mean the clubs will be without their Test stars for three weeks at the start of next season.

While Premiership clubs will accept it as a one-year solution they are still determined to fight against World Rugby’s ‘global season’ proposals which will be discussed at a meeting on Thursday.

‘The clubs are clear that the tournament is for this season only as a response to COVID,’ Chris Booy, the Bristol Bears chairman exclusively told Sportsmail.

‘World Rugby has passed this amendment (extending the Test window) which we would have preferred them not to, but we’ve got to accept these are difficult circumstances. 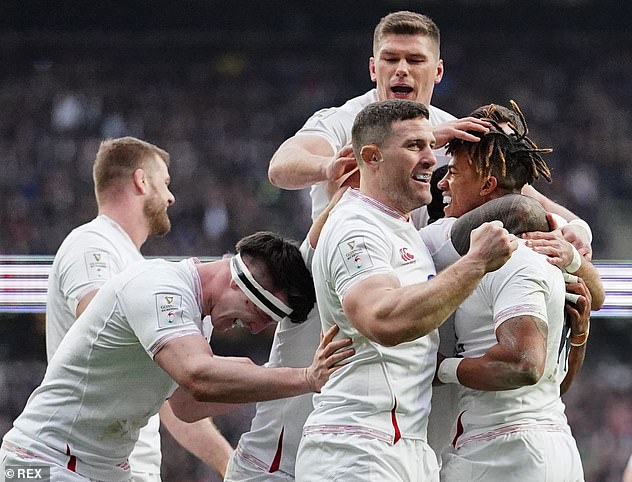 World Rugby want to combine current July and November international windows so they can run a regular home-and-away autumn Test competition, to be replaced by the World Cup every four years.

The French and English clubs vehemently oppose that plan, which would see their seasons played across the summer, and Sportsmail has learned the Premiership clubs will soon conclude a financial impact survey similar to one the French have already conducted showing the effect this move would have.

‘My personal view is the existing calendar is the best calendar,’ added Booy.

‘I think it’ll be very hard for the players to play that sort of tournament each year – it is like two World Cups every autumn.

‘You’d play the best three teams in the world home and away, back-to-back.’