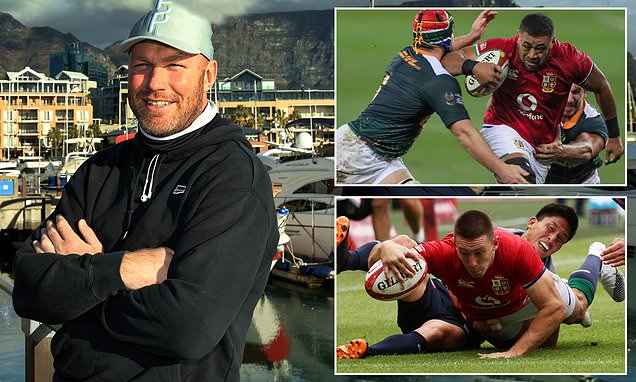 ‘I’m scared for the Springboks!’: Schalk Burger fears South Africa are undercooked for their first showdown with the British & Irish Lions

Schalk Burger is rugby royalty in these parts. There is a buzz among hotel staff when he arrives for a chat and obligingly poses for pictures. Retirement has not reduced his profile or popularity.

The former Springbok icon and World Cup-winner is 38 and savouring his new life as an ex-player, having left Saracens and returned home two years ago. Burger is busy, providing punditry for SuperSport and expanding his online chat show ‘Use It Or Lose IT’ with former team-mate Jean de Villiers. ‘We were bored in lockdown so we started interviewing our mates, basically,’ he jokes.

As a proud Capetonian, he is relishing the stockpile of marquee fixtures taking place in his home city. Three days ago, South Africa ‘A’ – a national team in disguise – beat the Lions 17-13. On Saturday, the Stormers will seek to blow the tourists further off course, before all three Tests are due to take place here, in the shadow of Table Mountain. 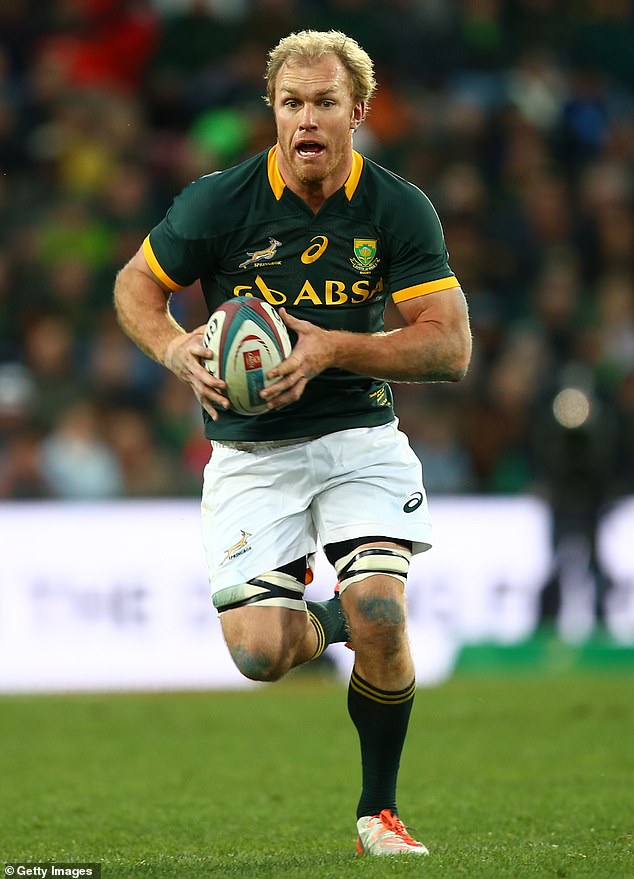 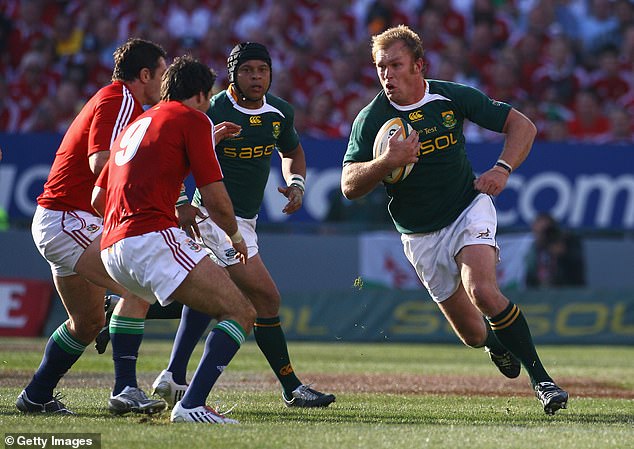 Burger has a fascinating insight, having represented this province for many years and been part of a South Africa team which conquered the Lions, to embellish their charge to global glory two years earlier. His time at Saracens provided a close-up view of the game in Britain and Ireland.

Warren Gatland is here on a mission to make amends for the 2009 series, when he was forwards coach and the Lions lost 2-1 to the Boks. From a British and Irish perspective, it was an agonising demise. For Burger, it was a bitter-sweet episode, as his involvement was controversially curtailed.

He recovered from injury in time for the second Test in Pretoria, only to be sin-binned in the opening minute for gouging Ireland wing Luke Fitzgerald. While the hosts snatched the victory to clinch the series, Burger was banned for eight weeks.

‘We won the Test series but obviously, for me, it was over-shadowed by eye-gouging Luke Fitzgerald in my 50th Test match,’ he told Sportsmail. ‘You get things wrong. Never in the world would I go out to eye-gouge somebody. I’m a relaxed bloke. I was relaxed before the match but when I ran out, I switched it on. That’s how I approached every game but maybe, sub-consciously, I over-hyped it. You make mistakes and learn from them.

‘I was 26 — I was still young. At 26, all of us are still learning, aren’t we? It was nothing against Luke Fitzgerald. He’s a good bloke. I probably played a few games against him afterwards. It was just one of those things that happens. By the time you realise you’ve done it, it is too late.

‘You go back over it in your head. It was a big game, you don’t get to play against the Lions very often and you want to make an impression. Obviously I just made the wrong impression. But you can’t regret these things.’ 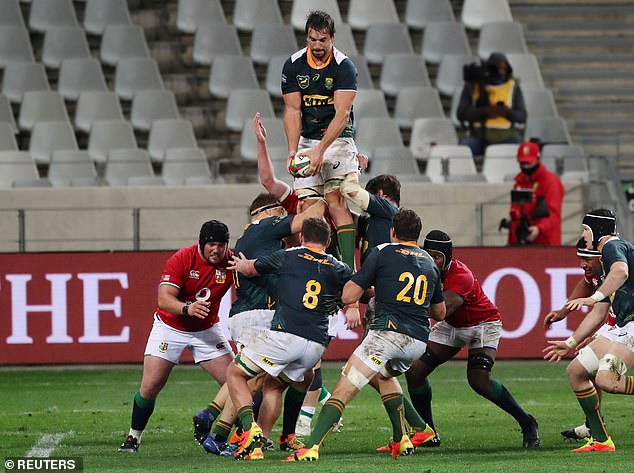 ‘If we dominate the scrum, the Lions will be struggling,’ Burger said ahead of the three Tests

The Lions were incensed that Burger was not sent off and he admits they had a point. ‘They were saying it should have been a red card and it probably should have,’ he added. ‘Now, it would be a straight red.’ He is also honest enough to accept that if he had been dismissed, the result would most likely have been different. But there was aggressive intent on both sides that day.

‘There was a lot of hype in the build-up,’ he said. ‘Everyone was up for that second Test. I think the Lions were disappointed with their lack of physical intent in the first Test, so they were a different animal. They matched us physically and that is why it was such an epic. Obviously I added to the drama, but there was a lot of feeling in that match.’

That incident was a blemish in an otherwise glittering career. Burger was a successful Springbok, a world champion, a World Player of the Year, and a European champion with Saracens.

Burger’s time in England ended as Saracens’ salary cap scandal exposed by Sportsmail was erupting and he has been saddened by the fall-out; relegation from the Premiership and the departure of many players.

‘We got some things wrong,’ said Burger. ‘Nigel (Wray, ex-chairman) has borne the brunt of it. It’s sad to see his legacy tarnished.

‘A lot of players had their careers cut short there. Most foreigners were on the chopping block after the whole ordeal. It was a sad end to it, but you have to respect what we were found guilty of.

‘I feel sorry for everyone who has gone through that, but you can see the other clubs’ view as well. If I was at Exeter, I would see their point. But Saracens produce a lot of phenomenal rugby players through their academy and that’s where the focus should lie. It will be nice to see them back in the Premiership again.’ 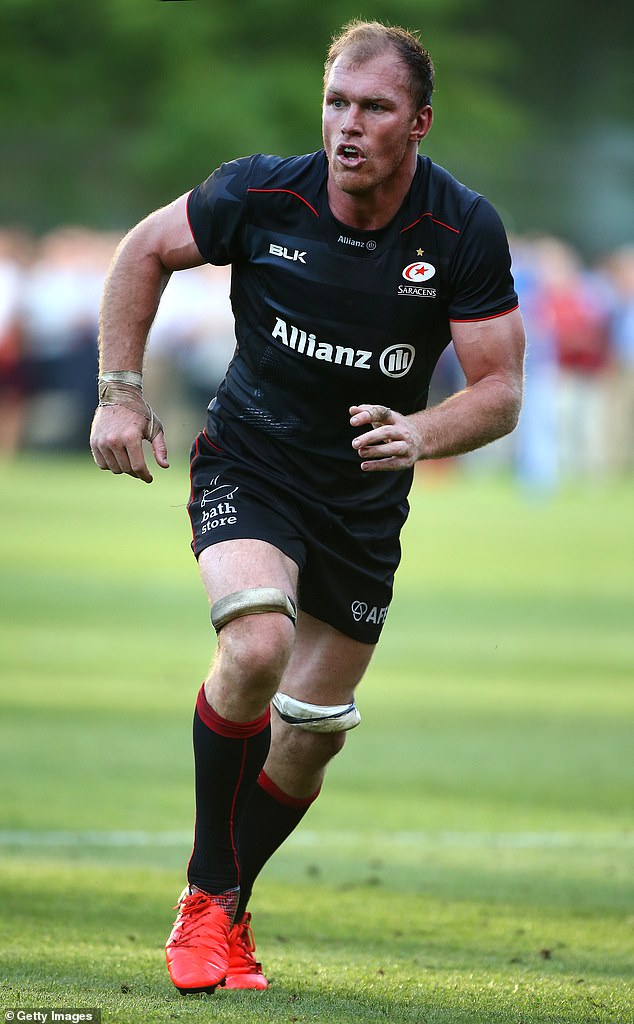 Before that, there is a Lions series looming. Like everyone else, Burger is unsure how it will unfold due to a lack of meaningful evidence, as the touring team is taking shape and the Springboks have barely played since the World Cup. A reshuffled South Africa ‘A’ side will face the Bulls on Saturday, hours before the Stormers-Lions game.

Burger fears that the chronic lack of game-time together will be a problem for the hosts, saying: ‘I don’t doubt that the Boks will be super-competitive, but I’m scared for them not being Test match savvy and sharp when the pressure comes on.’

His other concern is that South Africa will sorely miss their experienced, talismanic No 8, Duane Vermeulen, who is injured and unavailable. But the Boks’ set-piece prowess gives him hope.

‘The scrum is going to be the main area of contention either way,’ he said. ‘If we dominate the scrum, the Lions will be struggling. We have two phenomenal front rows and the scrum is such a big part of the Boks’ psyche. They will be patient. Even if it takes 60 or 70 minutes to gain that ascendancy, they will be going for it.’

The warning comes with a smile, but it sounds ominous for the Lions.