Jacob Stockdale is rugby’s new phenomenon. The 22-year-old Ulsterman’s 12th try in 14 Tests in the 48th minute was a piece of planned audacity – straight out of the Joe Schmidt play-book.

New Zealand observers said the move was ‘spookily’ similar to a try Beauden Barrett recently scored in Japan against Australia, and Schmidt joked afterwards he steals all of his ideas from other coaches.

With a lineout on the left Johnny Sexton bamboozled the All Black defence by switching with converted Kiwi Bundee Aki in midfield. 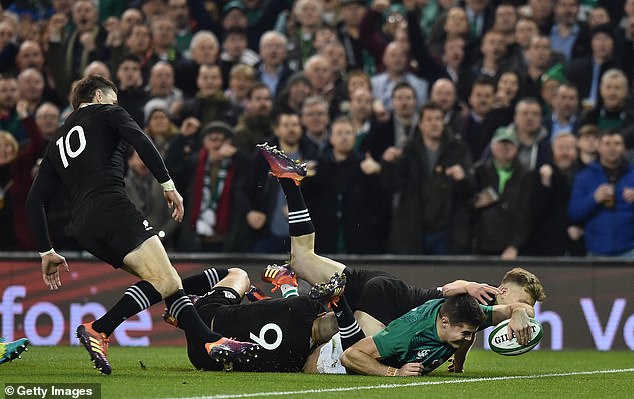 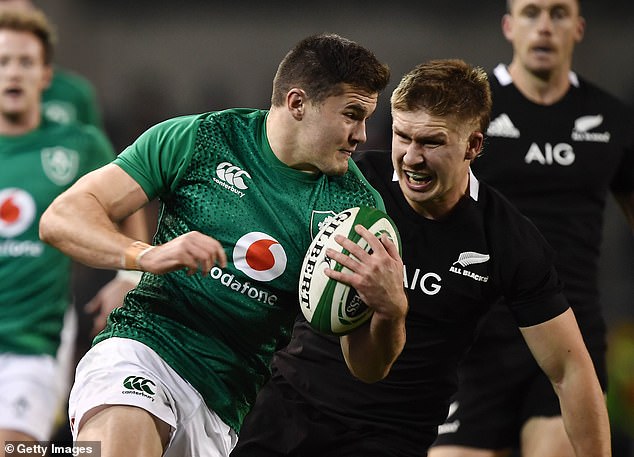 After the criticism he had received in the week for his move to Ireland it was fitting the Connacht centre provide the fizzing assist to the blind side. His flat pass back to the left side was perfect, as Stockdale did not need to break stride.

‘I didn’t have to move for it or anything. Those are the kind of situations you want to be in 24/7.’ Stockdale then chipped Brodie Retallick – a move made more remarkable by the fact that moments before he had tried a similar trick and been charged down by Kieran Read, only for the Kiwi captain to knock on.

‘The first chip was probably not the best decision I have made on a rugby pitch – the second one was a bit better!’ smiled Stockdale.

‘I was screaming “drop it!” and he did, so he must have been listening to me. 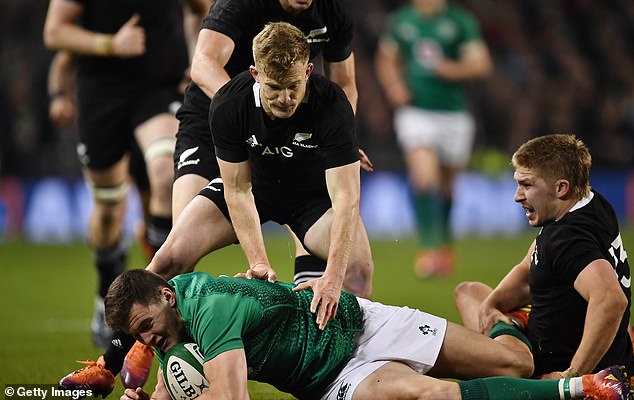 ‘For the second one saw that Ben Smith had come up on the outside to defend Rory Best and I saw the space in-behind.

‘It was a slightly different kick, a longer one to chase onto. I was just playing in the moment, you can’t think about it when you have the ball in your hands.

‘Those kind of things are a bit of a risk – sometimes they pay off, sometimes they don’t. That’s rugby union.’ The wing then gathered and powered through Aaron Smith, stretched out a big right hand and scored.

‘It was an incredible feeling,’ said Stockdale.

‘There have been 113 years of guys who have played at Lansdowne Road or the Aviva and have failed to beat them. For me to do that on my first attempt is very special.’