He claims he can’t remember who he has picked for his England team, backs late call-up for new scrum-half Willi Heinz and won’t admit Ben Te’o and Mike Brown clashed in training camp… Just what is Eddie Jones up to?

Not for the first time, everyone in the room with Eddie Jones left asking the same question: ‘What is going on in his head?’

Before the 2003 World Cup, Jones had Australian colleagues mystified when he instructed them to study supermarket aisles to improve their lineout drills.

Before the 2015 World Cup, he ordered his Japanese players to remove their boots and practise driving mauls in the ocean at waist-depth. 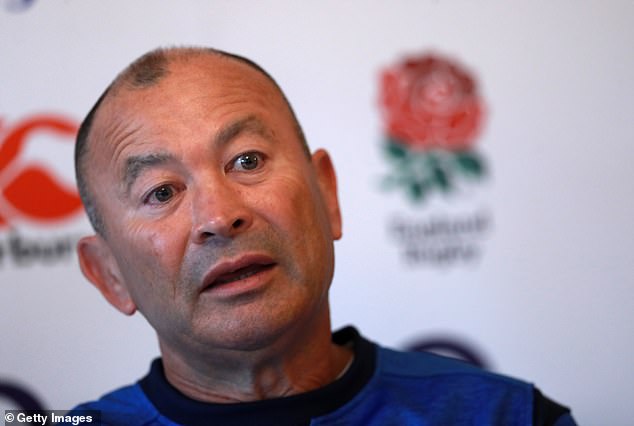 And yesterday, 48 hours before he names his England squad for the 2019 World Cup, Jones had the room scratching heads when he could not remember his own team.

Only Jones knows if it was in fact a ploy to divert attention from the bust-up between Ben Te’o and Mike Brown, who have been dropped for Sunday’s game against Wales.

Players have reiterated the importance of cohesion throughout the summer training camps so it would be in Jones’ interests to turn the attention back on to his thick-skinned self.

Asked to confirm reports of the fight in Treviso, he said: ‘No, I am not able to confirm.’

Pushed further on concerns over team discipline, Jones insisted that he ‘couldn’t be happier’.

Asked if Te’o is still in contention for World Cup selection on Monday, he answered: ‘As far as I know… unless you can tell me something else?’ 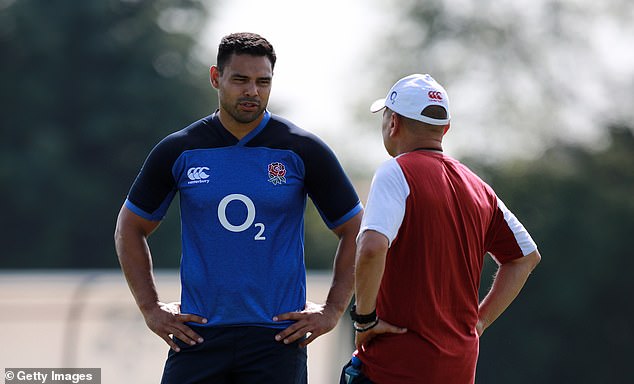 Te’o’s absence has, in part, forced Jones to name a makeshift XV for Sunday’s Quilter warm-up game against Wales.

There were three further injury-enforced changes yesterday, although the head coach came unstuck with his selection when prompted at his midday press conference.

Press officer: ‘Do you want to do a squad update?’

Press officer: ‘Do you want to do a squad update?’

Press officer: ‘Just in terms of the squad for this weekend.’

Jones: ‘So you want me to remember all of these? I can’t remember them all, mate.’ 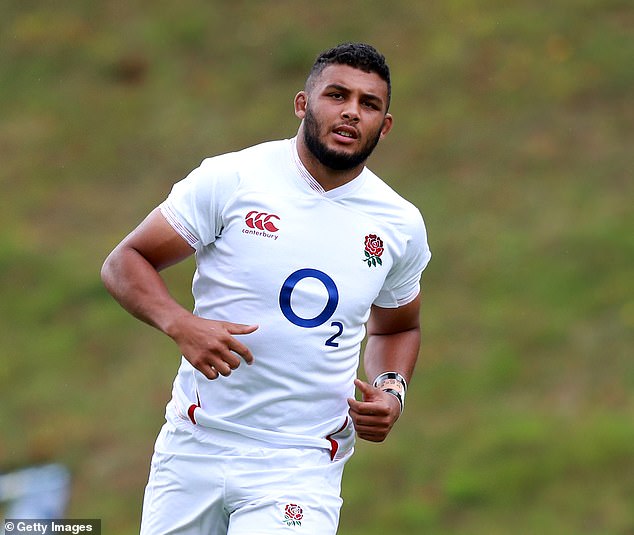 It was left to the press officer to confirm that flanker Lewis Ludlam, centre Jonathan Joseph and winger Joe Cokanasiga had been brought in to replace Sam Underhill, Henry Slade and Ruaridh McConnochie.

The announcement shifted the bookmakers’ odds in favour of Wales, who have named a fully-loaded side for their trip to Twickenham.

England won 15 out of 16 games in the build-up to their victorious 2003 World Cup campaign. Defeat would pile scrutiny onto their preparations but Jones played down the significance of building momentum through victories.

‘History shows that is not right,’ he said, using an unopened parcel and a microphone as props to demonstrate the time remaining between now and the World Cup.

‘Momentum starts when you get to the World Cup,’ he added.

‘It was there for England in 2003 but I have to take the course I think is right for this team. This is my fourth World Cup and I have a pretty good idea of how we should prepare.

‘On personal experience with Australia in 2003, we won one of our four Tri-Nations games and ended up beaten in the 100th minute of the final.

‘With South Africa in 2007, we won one of the four Tri-Nations games and ended up as World Cup champions.

‘With Japan last time, we lost four of six warm-ups and ended up causing one of the major World Cup upsets. Results are important but that is a superficial view.

‘It is how you use these games, how you structure your team, build combinations, how you see who can play with each other, who can handle certain pressures, how you make your team adaptable to play.

‘If you look at the World Cup, the games are going to be really tough, defence-focused.

‘I watched USA play Japan on Friday night and the USA are playing a rush defence; Tier Two countries are now.

‘The Rugby Championship games have been slogathons.

‘You think the World Cup will be like that — tight, grinding affairs — so you use these games to try and experiment.’

Jones will name his 31-man World Cup squad at 1pm on Monday so, for many of Sunday’s team, it will be their final opportunity in the four-match experiment. 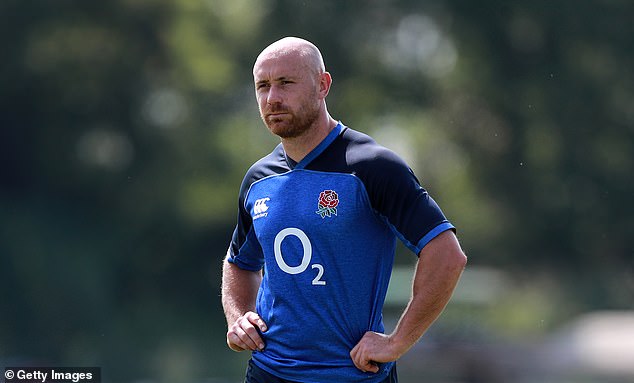 Eyebrows were raised at the appointment of debutant scrum-half Willi Heinz, who hails from New Zealand, as vice-captain but Jones defended the decision.

Danny Care, Ben Spencer and Dan Robson have all been left by the wayside, as Jones instead put his faith in a player who has never worn an England shirt, despite the sound of a ticking clock towards Japan.

‘Everything is about merit, mate,’ said Jones.

‘It’s about what you do. He’s made a hell of an impact since coming into the squad.

‘We brought him in a couple of years ago to have a look at him.

‘He went back to club rugby, improved his game immeasurably and now he is vice-captain for this game.’ 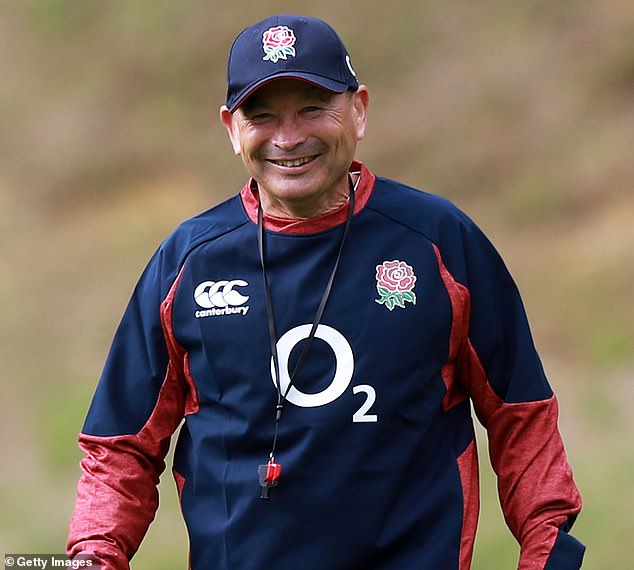 By leaving such changes so head-scratchingly late, Jones departed the room as a hostage to fortune.

He stopped by a laptop on his way out for an update on yesterday’s Bledisloe Cup match.