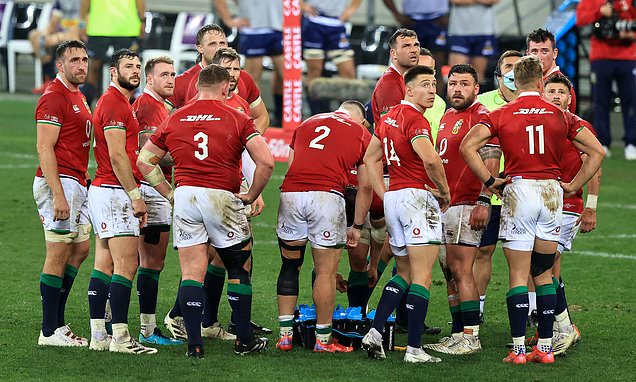 The Lions players face the most nervous day of their rugby lives over the next 24 hours, as the coaches whittle down Test selection ahead of the ‘big boy rugby’ against South Africa.

With the first Test on Saturday against the Springboks in Cape Town each tourist is on edge as they wait to hear whether they are in the squad.

Warren Gatland and his coaching team have nearly finalised their side already – after an intense hour-and-a-half meeting on Monday – but will not reveal their picks to the squad for another day at least. 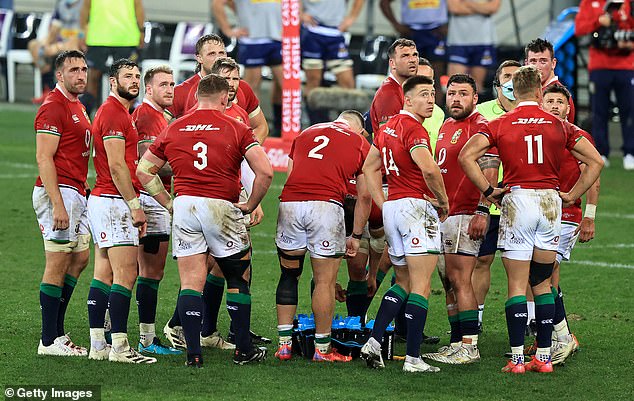 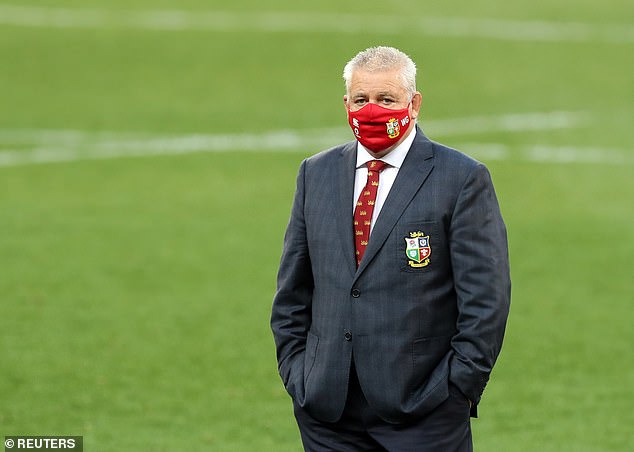 Defence coach Steve Tandy was a part of those discussions and said: ‘There are going to be massive decisions and a lot of unlucky players.

‘We had an initial selection meeting last night which was a long one, covering all bases, a lot of people have put their hands up.

‘It was one of the toughest things I have ever been involved in because so many people have been involved in terms of putting their best foot forwards. It is a great place for us as coaches to be.

‘There will be bitter disappointment but I believe in this squad there is such a tight connection that everyone will be geared up to winning that first Test whether you are in the 23 or not.

‘It’s just confirming at this stage. There are one or two bits to confirm up by the majority is done.’ 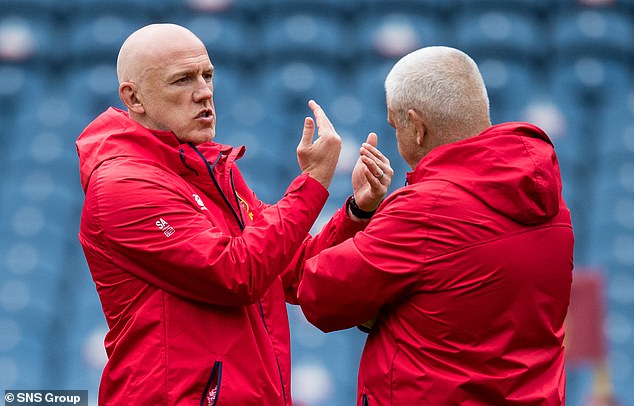 Dan Biggar, Robbie Henshaw and Liam Williams will be fit for selection after picking up knocks on tour, Williams’ a head injury against South Africa A last Wednesday. The only player unavailable is Finn Russell who has an achilles tear.

Irish tight-head prop Tadhg Furlong started all three Tests against New Zealand in 2017, and is gearing himself up for the Boks.

‘It’s nervous. Everyone’s a little bit on edge. We’re into the nitty-gritty of the tour now and it means a lot to people so everyone is just waiting to see how it pans out if you are in or out.’

On South Africa, Furlong said: ‘You look at the squad they have, I know they had a few issues with Covid or self-isolation there, but you have the bones of a World Cup-winning front-row and we all know what they did at the World Cup.

‘They have some players who didn’t play against us in the A game that will be coming back in and they’re very, very dangerous operators.’ 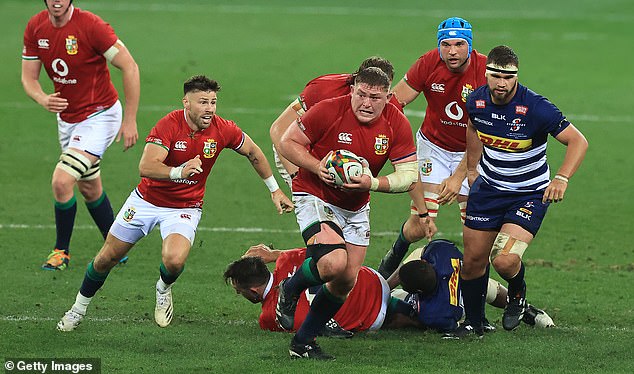 One man sure to be involved in re-instated tour captain Alun Wyn Jones, back having dislocated his shoulder against Japan last month.

Tandy, his former Ospreys coach and team-mate, thinks Jones is ready for the Boks having played 26 minutes off the bench against the Stormers on Saturday.

‘You have only got to see him walking around and the energy he brings in training, how he is around the environment, he will be fine,’ he added.

‘Al historically, he does some pretty special things. Coming back for the autumn and the Six Nations off not a lot of rugby he is raring to go and he is fit.

‘It was only three weeks but you have seen the training he has been doing, he keeps himself in absolutely great shape so there will be no issues there.

‘Having played with him, coached him, he was the captain the whole time I was there at the Ospreys. He was outstanding. The standards he drives, the intensity he drives in training is unbelievable. 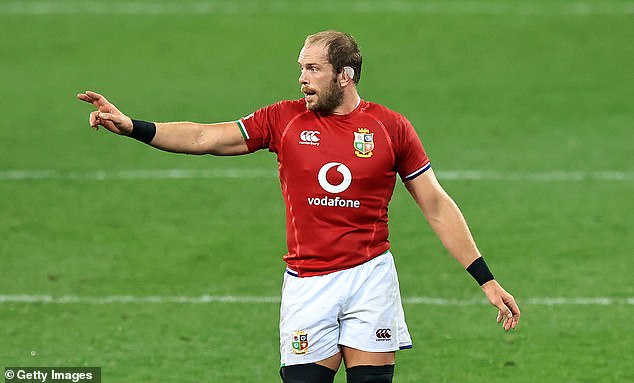 ‘Then away from the training environment you’ve only got to see through having an injury like that against Japan, 99 per cent of people ain’t coming back and are giving up.

‘That tells its own story of Alun Wyn as a person, a professional athlete. He never gives up. And it’s not just that it’s the professional detail that goes into it, the recovery, pre-hab, re-hab.

‘I haven’t seen anyone like him being that professional. The lengths he takes it to are pretty unique.’

If Jones plays he will be the first modern-era Lion to feature in 10 Test matches for the touring side – the first to do so since Welsh prop Graham Price in the 1970s and 80s.

Asked about that Tandy said: ‘Oh my god. Unbelievable achievement. When we speak about his professionalism on and off the field, you only get to achieve something like that with how you look after yourself.

‘To drive yourself on tour after tour, international after international, is a special achievement. You only have to work with him for a couple of days for it to come out how driven he is to perform and get the team on the same page.’