‘I couldn’t just accept it. That’s why I left’: Manu Tuilagi opens up on emotional Leicester exit following controversial lockdown paycuts, as well as his Sale and England future

Manu Tuilagi stands out in Cheshire’s so-called Golden Triangle — prime footballer territory — in his rainy-day attire of T-shirt, shorts and Samoan flip-flops. He is relaxed and ready to tackle the elephant in the room.

This isn’t all about Leicester and the abrupt departure which ended his family’s 20-year residency at Welford Road. This is also about joining upwardly mobile Sale, as well as his ambitions with England and the British and Irish Lions.

But Tuilagi knows there is significant interest in how his decade as a Tiger came to an end, so he faces it head-on. 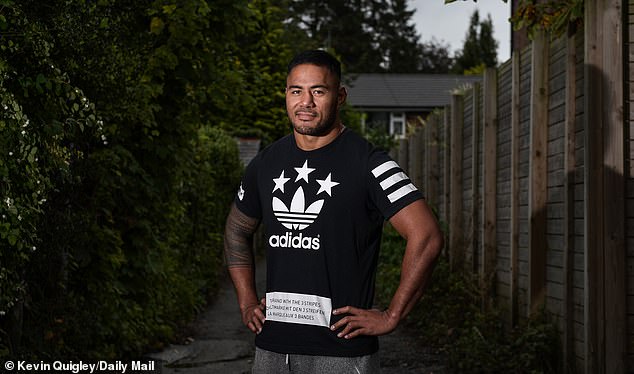 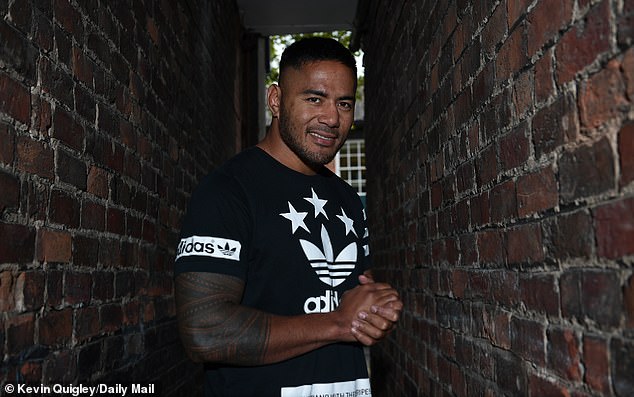 It is the 29-year-old centre’s first major interview since his summer move, which stemmed from the upheaval caused by the Covid-19 lockdown.

When Leicester implemented substantial pay-cuts and refused to consider refunding the short-fall when financial stability was restored, five of their squad rebelled and left. Tuilagi was one of them. Legal proceedings between the group and the club are ongoing.

Having followed his older brothers’ path from the South Pacific to Welford Road, leaving Leicester was a wrench for Tuilagi. Asked whether he felt let down, he said: ‘For me, it’s just a feeling of disappointment about the way things were handled. It just didn’t seem right to me. I couldn’t just accept it. That’s why I left and that’s why I’m here.’

Sentiment had to be put to one side by a young father with a second child due early next year. ‘I know it all goes back to my brother Freddie’s first game for Leicester and there were 20 years of the Tuilagis there, which is why it was difficult to come to a resolution,’ he said. 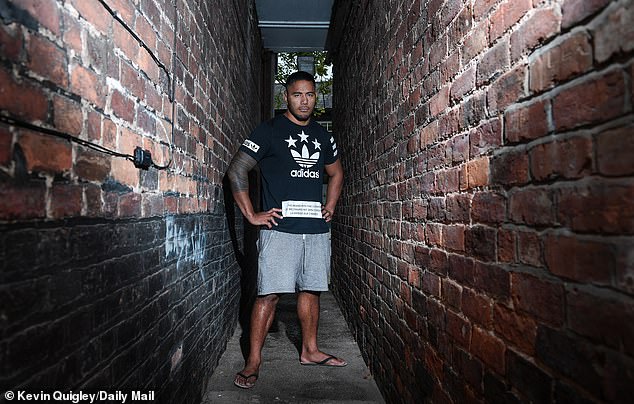 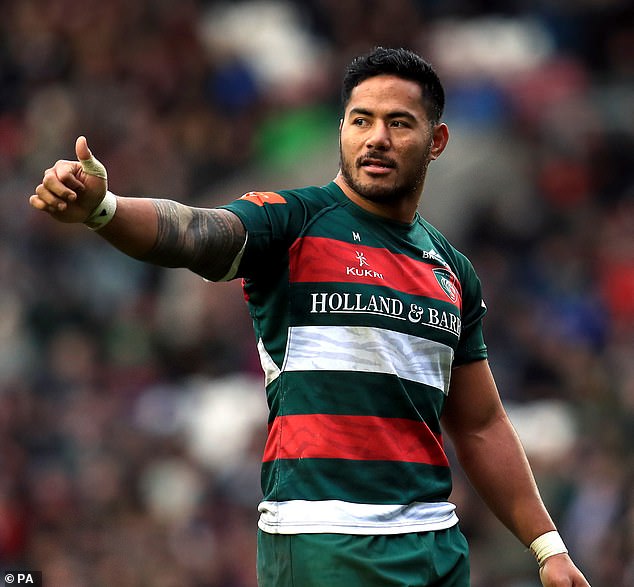 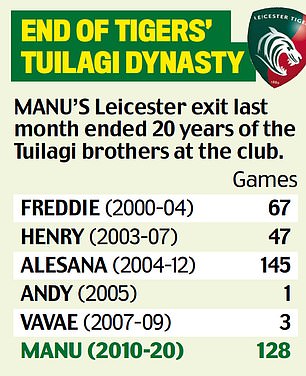 ‘But you can’t let that connection take away from the fact of what happened, which wasn’t right. I couldn’t stand for it — whether my family had been there 20 years or it was the first year there.

‘Before that, I would never have thought I’d play somewhere else. But here we are in Alderley Edge and I’m playing for Sale!’ Earlier this year, in an interview with Sportsmail, England and Leicester prop Ellis Genge spoke about how loyalty had disappeared from rugby and Tuilagi echoes that view, adding: ‘If a club sacks a player, it’s just business, but if a player goes it’s, “Where’s your loyalty?”

‘So what Gengey said is spot-on. When your time is up, you’re gone. If they don’t think you’re good enough any more, you’re done, whether you like it or not. That’s just the way it is. It’s brutal, but it’s just life.’

As for public opinion towards him in Leicester, Tuilagi added: ‘People would ask me if I was going to stay or go and I just told them, “I don’t know, nothing is set yet”. But people were fine with me. People understand the way it goes and the boys (players) know the craic.’

Midway through this fractured season, Tuilagi found himself looking for a new club. It didn’t take long. There was interest from abroad but Steve Diamond, Sale’s director of rugby, quickly pounced and Tuilagi admits his ‘straightforward’ pitch won him over, to the extent that he saw no need to speak to other suitors before agreeing a deal until the end of next season. 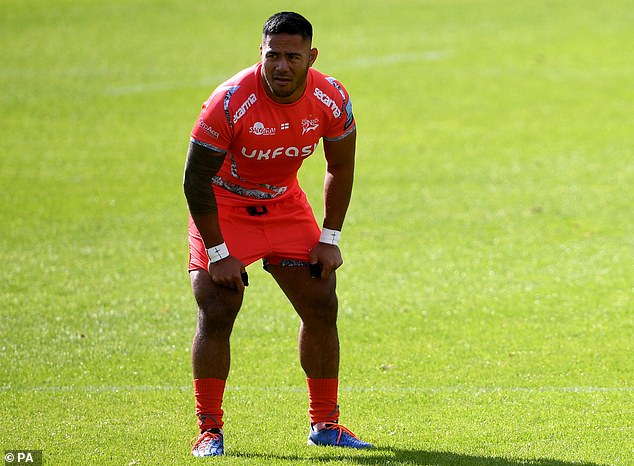 He has settled quickly and recognises how the move has presented an opportunity to join a Premiership title challenge, having last won the league with Leicester in 2013.

He joked about the need to learn some Afrikaans, due to the number of South Africans he is surrounded by, but Tuilagi has been especially impressed by the homegrown, identical twins who are vital to Sale’s soaring ambitions.

‘The Curry brothers are unbelievable,’ he said. ‘I’d only met them together once, years ago, in the England set-up. When I came here I was thinking, “One of them must be smaller than the other”. But then I met them again and thought, “Wow. They are exactly the same. They look the same. Their faces are the same, their bodies are the same”.

‘And they play the same. They’re both unbelievable over the ball and some of the hits they make… I’m glad they’re on my side. They’re hard boys!’

Last weekend, Tuilagi returned to Welford Road as a visiting player, for the first time. It was fate that he would score a try to help Sale win. When he touched down, his team-mates reacted with jubilation but his own celebration was understated in the extreme. 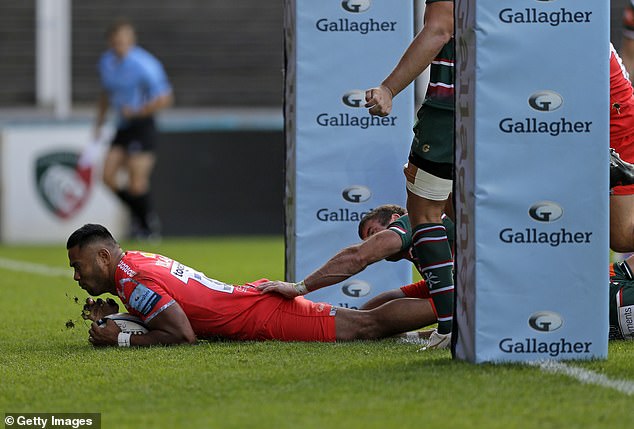 He has already returned to Leicester as an opponent, landing a try to help Sale to victory 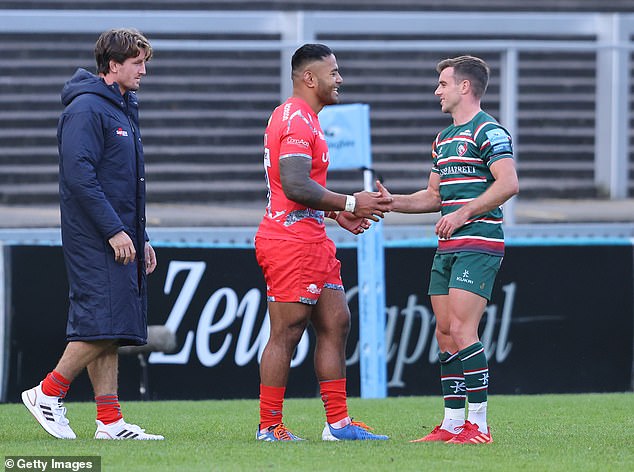 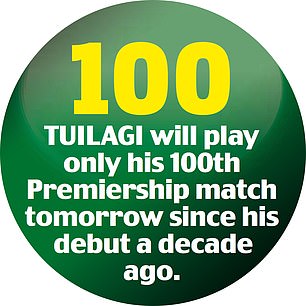 ‘I remember when I scored, thinking, “You’ve got to be respectful”,’ he said. ‘I had a job to do but I was playing against good mates, so I wanted to be respectful in how I went about it. I just thought, “You’ve scored a try, that’s enough”.’

It could have been a difficult occasion, but Tuilagi relished it. The fact the match was played in front of empty stands removed any threat of a backlash from the Tigers supporters.

‘It was exciting to go back,’ he said. ‘If there had been a crowd there I think there would have been a mixed reception for me, because of what happened.

‘I hadn’t seen Welford Road for a long time and it will always have a special place in my heart. It’s where I had been for most of my life; in Leicester and playing at that ground. The memories came back. But I was there to do a job for Sale and I was so happy we got the win there, to keep our momentum going.’

Tuilagi’s own momentum in recent times has been as much about fitness as form. After all his injury-scarred years, he has learned more about how to take care of himself while coaches and support staff have learned how to handle him. The upshot is that he may have a longer career than was thought possible. 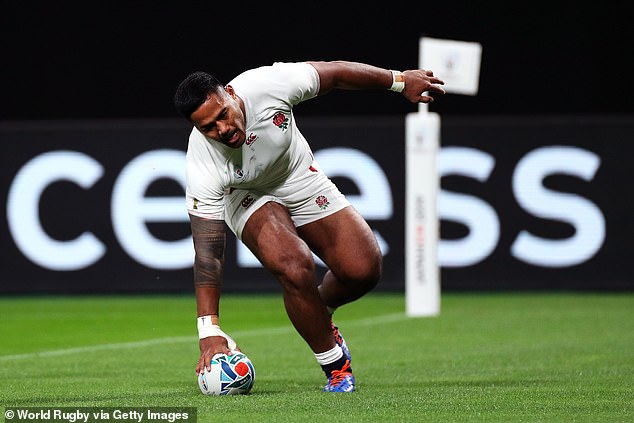 Despite World Cup heartache in Japan, Tuilagi is still open to competing in a final tournament

Last year, Tuilagi suggested the World Cup in Japan would be his last for England. He couldn’t envisage being involved in 2023 in France, at the age of 32.

He is now more open to the idea, without wishing to tempt fate by overdoing the forward-planning. ‘There have been times when I’ve thought it would be nice to play in that next World Cup,’ he said.

‘It still seems miles away, but I’ve thought about it. I’d never close the door if I get the opportunity. I’d take that opportunity 100 per cent but for me it’s about focusing on what’s going on now; the next training session and the next game. If I do that, maybe I can get there.’

The wounds from Yokohama are still fresh, as England went from dismantling New Zealand in their semi-final to being eclipsed by South Africa.

‘Getting to the final, which is the one game you do all this training for, then to lose that game is heartbreaking,’ he said. ‘I couldn’t watch a replay. It would break me. 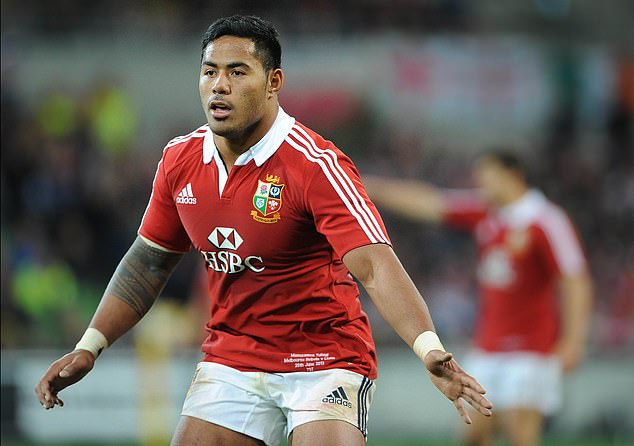 ‘It was so tough to take but at the time you don’t realise how big it is. You’re just in a bubble but you look back and think, wow, that was a World Cup final. And we lost it. That’s an opportunity we might never have again.’

The next career-high event on the horizon is the Lions tour of South Africa next summer. Tuilagi is keen not to tempt fate but he said: ‘I would love to be part of that tour.

‘I was fortunate to go to Australia in 2013. I remember ringing up my dad. He loves the Lions. I said, “I’ve been picked for the Lions”, and he had a tear in his eye. He couldn’t believe it — and I couldn’t either.

‘You are being picked as one of the best players in the northern hemisphere. That in itself is such a special achievement.’