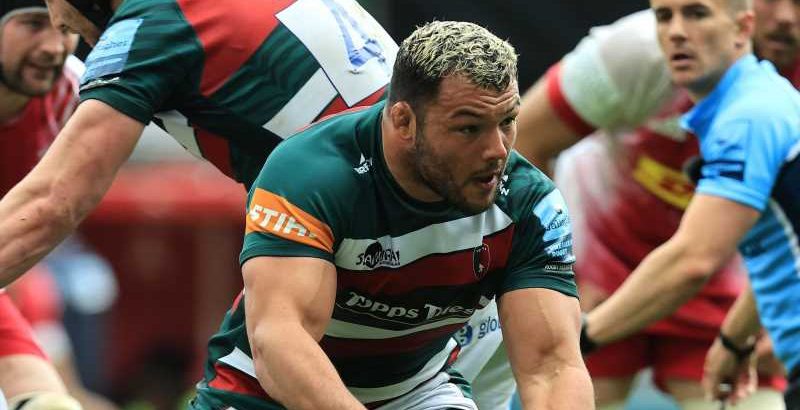 Leicester warmed up for their European Challenge Cup final against Montpellier by claiming a 35-29 bonus-point win against Harlequins at Welford Road.

Harlequins still hold the fourth and final play-off spot, but Northampton could reduce the gap if they beat Newcastle on Monday.

With Ellis Genge leading from the front, Tigers surged clear by half-time through his double, plus touchdowns by centre Matt Scott and hooker Tom Youngs.

Marcus Smith added a conversion, but missed three, and while Quins finished with two bonus points, a late Zack Henry penalty sealed Leicester’s victory despite a strong finish from the visitors. 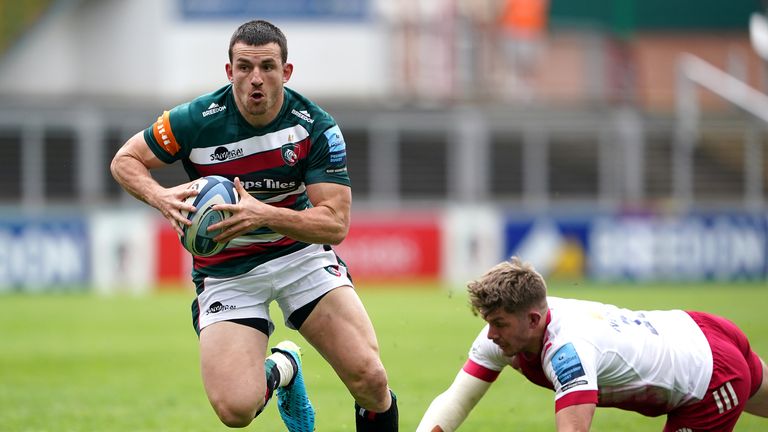 It was an afternoon when Quins’ vaunted half-backs Smith and Danny Care made little impression as Tigers confirmed promising progress is being made under head coach Steve Borthwick.

Leicester, seeking to end a run of three Premiership defeats, flew out of the blocks and were ahead after just five minutes.

Wings Nemani Nadolo and Guy Porter gained initial territory before Ford delivered a sweetly-timed pass to Scott, whose attacking angle did for Quins’ defence, with Ford’s conversion making it 7-0. Leicester doubled their advantage just four minutes later after Genge took a quick penalty and crashed over Quins’ line from close range, and another Ford conversion left the visitors facing some early soul-searching.

But their response was impressive, as slick handling between Green and Marchant worked sufficient room for Earle to touch down and open Quins’ account.

The Leicester forwards, though, were relishing their work, and when they drove a short-range lineout won by flanker George Martin, skipper Youngs finished off for Tigers’ third try. 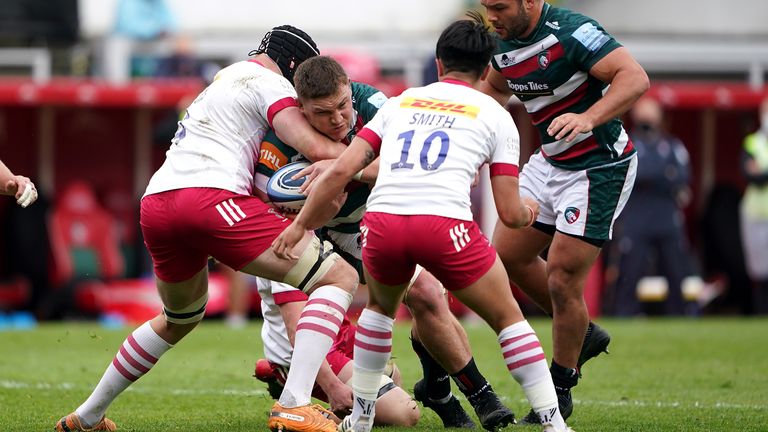 Leicester prop Dan Cole was sin-binned as a result, then Genge followed him following an illegal clear-out at a ruck.

Earle had been sin-binned for a deliberate knock-on, only to then rejoin the action, with his yellow card not standing as Genge’s offence was earlier in the same play.

And there was no stopping Genge, who scored his second try just four minutes after going on.

It was the final play of an eventful first half, with Leicester securing a 29-12 interval lead and collecting a try bonus point.

A second Ford penalty took Leicester past 30 points, but Quins replied when Smith’s kick gave Marchant an easy finish for a converted try and then Earle was sent over for his second try with nine minutes left before Northmore crossed.

But Leicester had done enough, and they will head into their first European final for 12 years on a high.