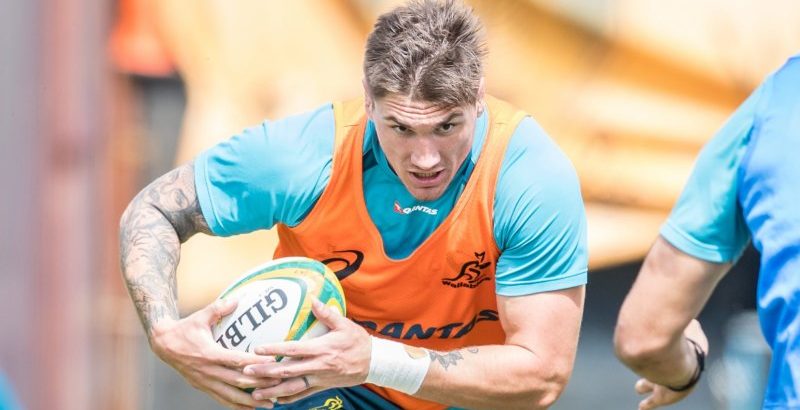 Wallabies coach Dave Rennie has made another SOS call by bringing Sean McMahon back into the national set-up nearly four years after his last Test.

After recalling Samu Kerevi following his Olympic campaign with the Australian sevens team and Quade Cooper, originally out of necessity because of squad training numbers, Rennie has now convinced McMahon to reunite with the Wallabies. 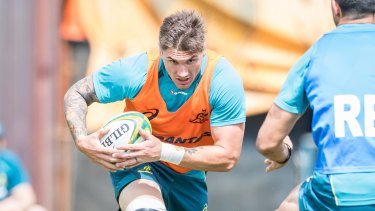 Sean McMahon hasn’t played for the Wallabies since 2017. Credit:Stuart Walmsley

A Wallabies spokesperson said McMahon would join the squad on Tuesday after Sunday’s match against the Springboks.

McMahon has been playing in Japan for Top League side Suntory and spent time in Las Vegas in recent months but could make his international return against Argentina on September 25 or October 2, provided selectors feel he is in the right physical condition.

The 27-year-old played at the 2015 World Cup but has not represented the Wallabies since the final match of the 2017 spring tour against Scotland.

McMahon was happy to stay in Japan on bigger money, despite offers to bring him back for the 2019 World Cup.

Wallabies officials have had their eyes on him for some time given he is a damaging ball-runner whose best years could still be ahead of him.

McMahon told RugbyPass in January he still harboured ambitions of a Wallabies return.

“I’ve always wanted to put the gold jersey back on and have another crack,” he said.

“It’s definitely something I see myself doing and if that’s a chance to potentially go back before the World Cup and have a crack, I’d definitely keep that on the books for me, for sure.”

In a 2017 interview with the Herald in Edinburgh, on the eve of his final Wallabies Test at that point, McMahon felt he could be retired by 30.

“The way I’m playing, lasting until I’m over 30 is probably not on the cards,” McMahon said. “This year was a bit of an eye-opener for me. The last four to five years caught up with me all in one year.”

With Rob Valetini and Lachlan Swinton not demanding selection in the No.6 jersey, McMahon could be a useful option in that position should Rennie select him at some stage in the Rugby Championship.

McMahon is contracted in Japan until the beginning of 2023, so could still play at the World Cup.

COVID-19 has played a part in Rennie bringing back the likes of McMahon, Cooper and Kerevi but poor results would also have been factored in.

The Wallabies lost all three Bledisloe Tests against New Zealand, by an average of 20 points. A hard-fought 2-1 series win against France showed the team has potential under Rennie but the Kiwi-born coach has yielded just three wins from 13 Tests in charge.

Three draws last year could have easily resulted in wins but if Australia fall to the Springboks this weekend, Rennie’s win record will drop to 21 per cent.

After the Rugby Championship, McMahon could be taken on Australia’s spring tour of Europe, where the team will play Scotland, England and Wales.

Stan Sport is the only place to watch every match of the The Rugby Championship continuing this Sunday with the All Blacks v Argentina and South Africa v the Wallabies – both matches streaming live, extended and ad-free on Stan Sport from 4:45pm AEST.