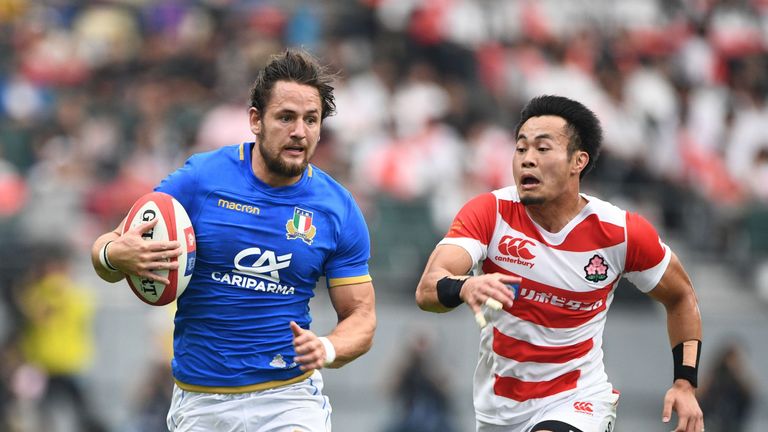 Italy have named an under-strength team for Saturday’s test against Ireland at Soldier Field in Chicago but coach Conor O’Shea is hopeful they can make a good impression in the contest.

The squad contains only one uncapped player in South African-born flanker lock Johan Meyer who qualifies after three years of playing for Zebre.

Italy are without several regulars, including captain Sergio Parisse, for the test in the United States. Exeter Chiefs centre Michele Campagnaro will lead the team in his absence.

“We have a very difficult challenge against Ireland, who in the past created that we did not manage properly,” Italys Irish-born coach O’Shea said on Sunday.

“But we will give 100 percent on the field. We are ambitious and we want to show our game. It will be important for us to put in a physically strong performance.”

Irish-born Ian McKinley is on the bench and will likely get a run out against his native country, an opportunity he missed out on in the Six Nations tournament this year.

He also qualifies for Italy on residency grounds. He had retired from rugby in 2011 after losing the sight in his left eye, but returned three years later using specially-manufactured goggles.

Last year, the 28-year-old McKinley made his debut against Fiji and also featured in tests against South Africa and Argentina.

After the test in Chicago, Italy take on Georgia in Florence on Nov. 10, Australia in Padua on Nov. 17 and world champions New Zealand in Rome on Nov. 24.