Remember this – everything is relative and scale is always open to interpretation! Last year the ‘Après Match’ boys produced the best bit of television in a long time. The Northern Ireland v Republic of Ireland World Cup qualifier in Windsor Park in 1993 was a litmus test of just how things were in the middle of the Troubles.

Before, during and after that match there were unspeakable atrocities that just eroded the last vestiges of the human spirit. The province was ungodly and ungovernable.

I salute the players who played for the Republic of Ireland that night – they literally and metaphorically risked their lives for their country.

The hatred, bitterness and enmity emanating from the stands that night coloured all perceptions about relationships between the two countries. The only way to deal with a 25-year review of such a disturbingly toxic event was to give it to the ‘Après Match’ boys and turn it in to farce.

The whimsy and parody only barely softened the focus on the hardcore scenes that unfolded in the moving pictures in front of your eyes.

It is genius and required viewing for people who think that a united Ireland is on the menu in the next year or two.

Paul McGrath and Terry Phelan played and in terms of the racial abuse handed out that night the two boys were in the ha’penny place.

Twenty-six years later and it is a matter of regret that racial abuse is still happening.

It’s complex because you can’t legislate for morons – the type of people who will go to a game and have no compunction about roaring abuse which was unacceptable 26 years ago and is most certainly so now. Maybe they are connected!

Back in October, Ulster travelled to Paris and got steam-rolled by Racing in the second pool game.

In the 75th minute, with the game a long way over as a contest, Racing scored their fifth try of the match through Simon Zebo.

Freddie Burns will tell you it’s not a clever thing to celebrate your try before you have actually scored it.

Get the job done – get the ball over the line and score securely. Zebo had time and space to score in the right.

Zebo saw fit, as a senior international, to waggle his finger and taunt Michael Lowry – a young player up from the Ulster Academy. It was not Zebo’s proudest moment. Ulster centre Stuart McCloskey took exception to his actions as the Racing players converged in celebration with Zebo.

The question has to be asked – would Zebo have apologised to the kid if referee Nigel Owens had not instructed him to?

The pool draw stipulates home and away – somewhere in the recesses of his mind Zebo knew he would be coming to Belfast to play the return leg.

There would be no question of the Corkman getting a free ride at the Kingspan.

He would also have to face Jacob Stockdale who replaced Zebo in the Irish squad and who is now a superstar. The evening would be loaded with possibilities.

Zebo would cop some stick – that was guaranteed, what type of stick though?

I have been to many sporting events around the world – NBA, NFL, Major League Baseball, three or four football leagues, GAA, you name it.

The common theme in all these stadia is abuse – abuse of all kinds accompanied with a stunning lack of social grace and sportsmanship on and off the park. I was at a Serie A game when bananas were thrown on to the pitch. What class of person does that?

As a player, the further up the ladder you go the more grief you get. I have been abused on and off the pitch while playing – the usual standard bile and racial stuff too.

On a tour in the 1990s I ended up in an altercation with my opposite number who happened to be black.

He called me a “f***ing porkie” during the scuffle. After the match we shook hands and I asked him “what’s a porkie?” He replied that white people have the same colour skin as pigs, hence ‘porkie’.

Racial abuse was, and still is, endemic.

Johnny Sexton, the hero of Ireland’s Grand Slam in March but playing in Thomond Park over Christmas and copped some serious abuse. No racial abuse – just standard bile.

It’s all part of an 80-minute match at the highest level of rugby.

If standard bile is not your thing and you need some incitement I suppose Rangers v Celtic will bring you into a bracket that is outside many people’s comfort zone.

Maybe we might be getting to the kernel of the issue. From an Ulster perspective, even though Ravenhill can be a raucous bear-pit, there haven’t been too many examples of what allegedly happened last Saturday night.

On the pitch in 2006, in another Heineken Cup match, second-row Matt McCullough was accused by Delon Armitage of a racial slur.

McCullough apologised for “foul and abusive language” without admitting any wrongdoing.

In a full contact sport, foul and abusive language is part and parcel of the game. Everyone moved swiftly on.

The vast majority of Ulster rugby supporters are fantastic people – just who are these rotten apples?

There have been nights in Ravenhill where some sections of the crowd have sailed too close to the wind and last Saturday what is alleged by Zebo breached the boundary of what is acceptable. The problem we have is that Zebo’s inaction has only exacerbated the whole issue.

Tweeting about what he heard is pointless. If you want to stamp this sort of thing out and weed out the morons you have to make a full, formal complaint.

Zebo would have been aware where the abuse was coming from; what section of the stand, what time during the match etc.

There are a lot of cameras at the game and ticket numbers could be traced and the culprits identified and banned for life.

I suspect that the Irish league does not hold anyone’s attention anymore in Ulster.

Maybe some numbers have drifted to a sport where you get big crowds, some good away destinations and relative success – but some of them have brought boorish habits and a lack of social grace and no sense of right and wrong and it is important to identify and remove these people.

Zebo had a great opportunity to afford the Ulster Branch the chance to do it. He should have made the formal complaint if he wants this stuff to stop. 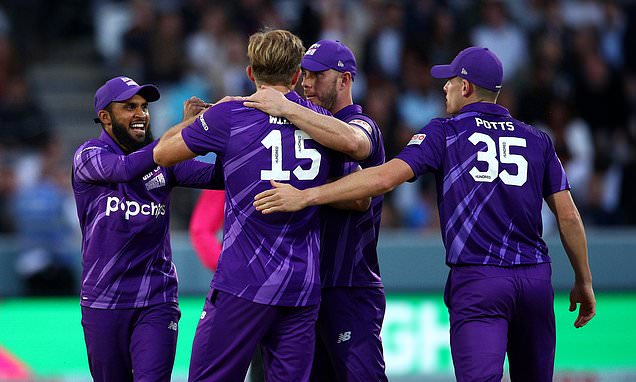