‘Horses are like rugby players,’ says Newcastle owner Semore Kurdi, while patrolling his stables set within 350 acres of Northumberland countryside. ‘They can beat the whole field one week and come last seven days later… that’s sport.’

Such has been the case at Newcastle Falcons this year. Kurdi’s club crashed from the top four in 2018 to the trapdoor in 2019.

Their relegation was confirmed before Saturday’s 12-19 home defeat by Bristol and their absence will leave a gaping hole in the north-east section of the Premiership map. 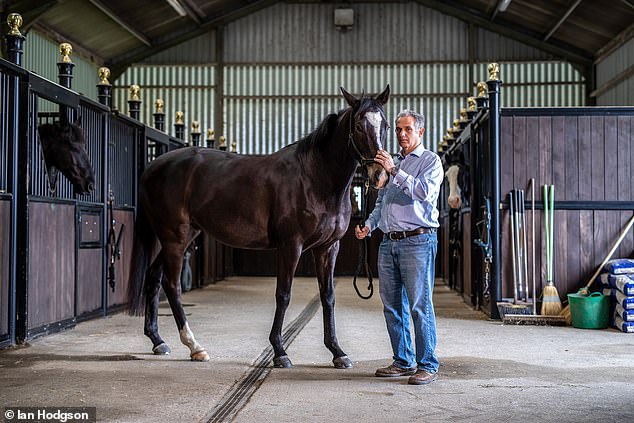 The city showcased itself as the perfect rugby host during last week’s European Cup finals, but Kurdi believes the system is not working and northern rugby is under threat.

‘First things first, I’m confident we’ll be back,’ says Kurdi, who carried the Challenge Cup trophy on to the pitch at St James’ Park last week.

‘We signed up to a competition with relegation so we’ll take our poison but, deep down, I believe there could be a better system. What we need to remember is that rugby is much smaller than football. When a team gets relegated in football, they’re still playing in front of 30,000 people in stadiums worth tens of millions.

‘In rugby, there’s a big gulf. Premiership quality teams should be playing in the Premiership. The door should be open to anyone with the aspirations and the quality. We need to be open-minded about the number of teams.

‘Right now, unless we can make the gulf with the Championship smaller, I think it should be 13 teams because London Irish clearly deserve to be there. I’m in a difficult position because it just sounds like sour grapes.’ 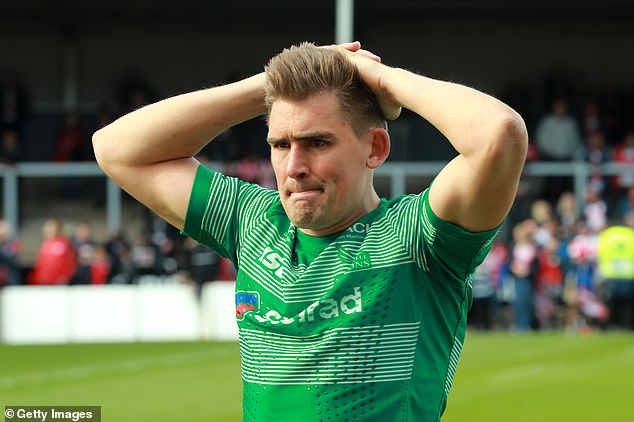 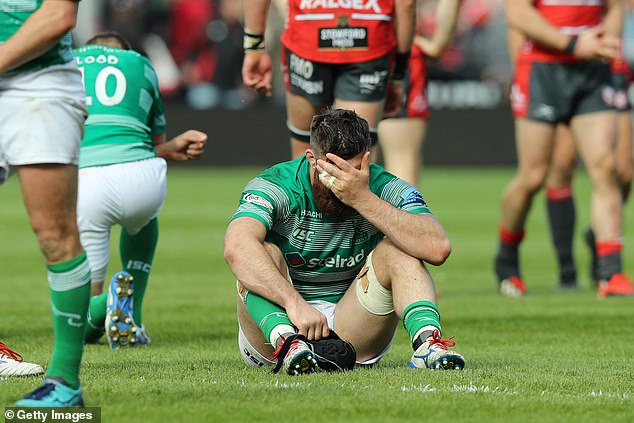 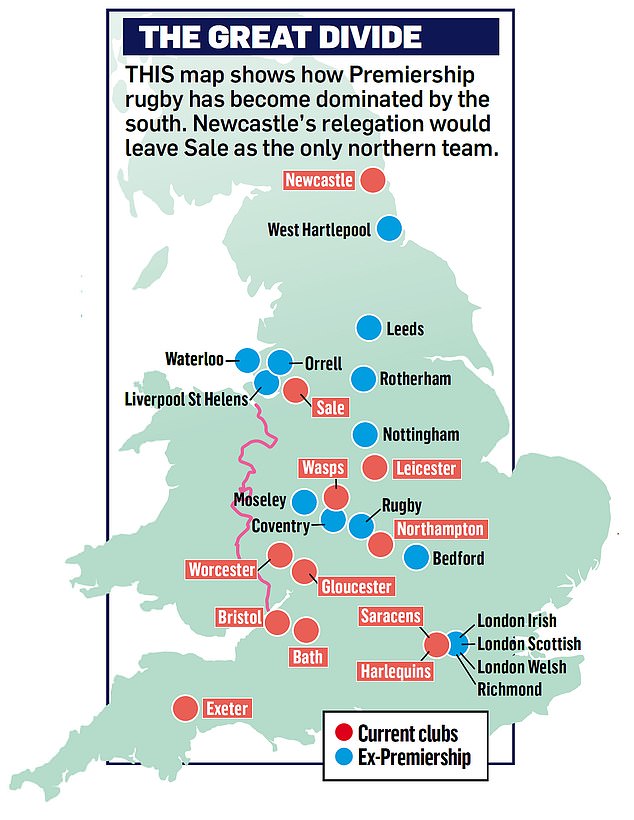 The most recent proposals, which were discussed at an RFU board meeting on Wednesday, feature a 13-team league with an annual two-legged playoff.

It represents a softer version of outright ring-fencing, which is unpopular because it cuts off the ambitions of growing clubs. Call it ring-fencing lite.

One unsavoury by-product would be increasing demands on players in an already crowded fixture list, however Kurdi believes there are ways around this — such as a north-south conference system.

‘Most big sports around the world don’t have promotion and relegation,’ says the Jordanian businessman, who made his millions in property and hospitality.

‘Take American football, they have two divisions and the top guys cross-play each other, before the winner goes to the Super Bowl. They have the elite all in one completion.

‘There’s a way to accommodate more teams and less games. Whether it’s north v south, east v west. I’d support looking at that system, but nothing should be a knee-jerk reaction. If it’s good for developing the sport and commercially strengthens everybody, then it should definitely be talked about.’ 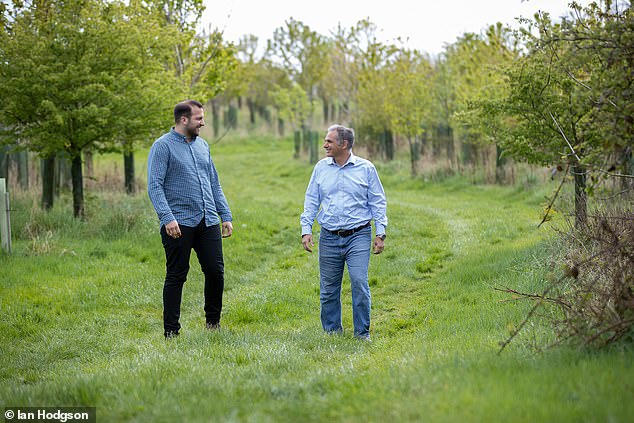 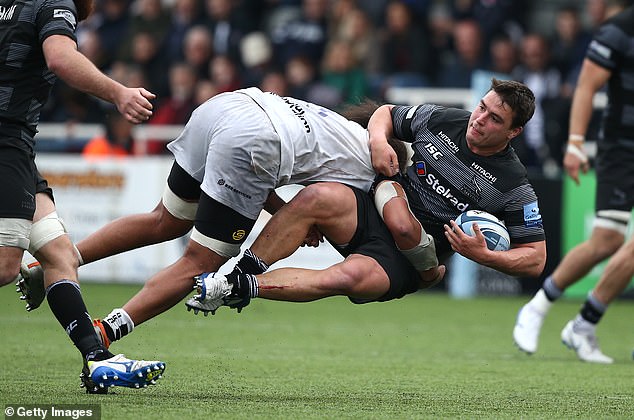 Talking is one thing, agreeing is another. Rugby’s stakeholders are often pulling in opposite directions and the recent arrival of private equity giants CVC has added another voice to the table.

National unions, the Six Nations board and the Lions are all trying to grab their share of the playing calendar and Kurdi believes the financier can become a common voice for all.

‘It will present a great opportunity if CVC get more involved in everything,’ says Kurdi. ‘We need a central organisation to make sure everyone’s working together.

‘There have been times in the past where the Lions or Six Nations or national unions or Premiership or French don’t see eye to eye and work cohesively.

‘The pie gets bigger if we work together. If England win the World Cup, all of English rugby benefits. CVC could be a good linchpin in the middle.’

CVC were guests at last week’s Champions Cup final in Newcastle, which generated £35million for the local economy and showcased the region’s rugby potential. 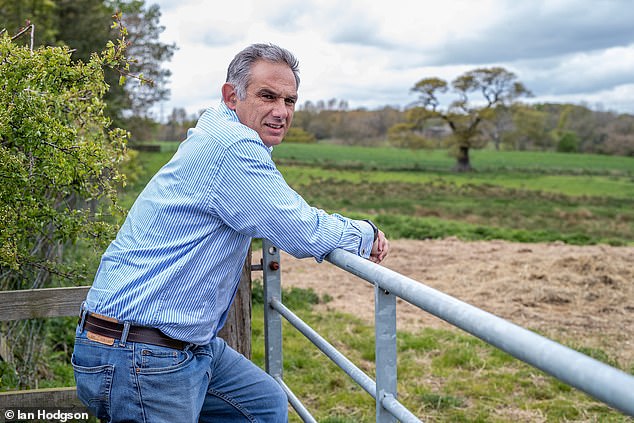 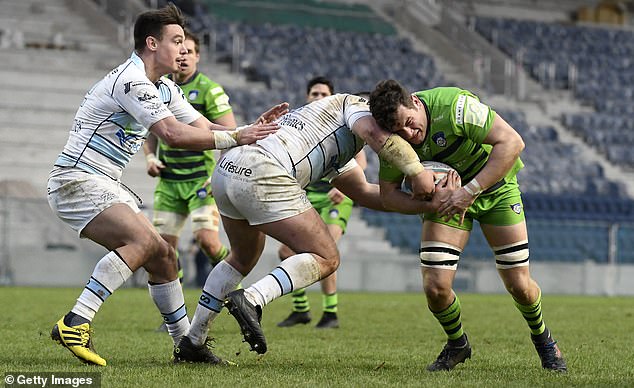 Fellow northerners Yorkshire Carnegie are on the brink of financial collapse and if, against the odds, Newcastle failed to secure an immediate return to the top flight then the area could be staring into an oval-shaped abyss.

‘Right now, after Newcastle and Sale, the next team down is Leicester,’ he says. ‘If for some unknown reason we have a lousy season and don’t get promoted, then it becomes that much harder the year after. Then you’re looking at: are we the next Yorkshire?

‘Then you’ll be asking: is rugby union the southern game and rugby league the northern game? It’s scary and it needs to be kept an eye on for the sake of the sport.

‘If you had a system where relegation didn’t come about so easily, it would be harder to be punished for one unlucky year. If you have two or three unlucky years in a row, that could be the end of us.

‘If we weren’t able to come straight back — and I’m very confident we will — it would be somewhat disastrous, because right now rugby union in the North East is very much on an upwards curve.

‘Crowds are on the up, our academy is on the up, grassroots is on the up, we’ve had international recognition. Results on the pitch say we’ve had a bad season but as a whole club I don’t think we have.

‘We all believe we’ll be champions one day, it’s just how we get there. I don’t believe in just going out and employing a lot of international players. I genuinely believe there’s a lot more to building a rugby team than the budget.

‘Otherwise the wealthiest team will just win every year. Leicester City won the Premier League, didn’t they? Of course we want to be a super-giant of the sport, but we’re not in a position to do it overnight.’ 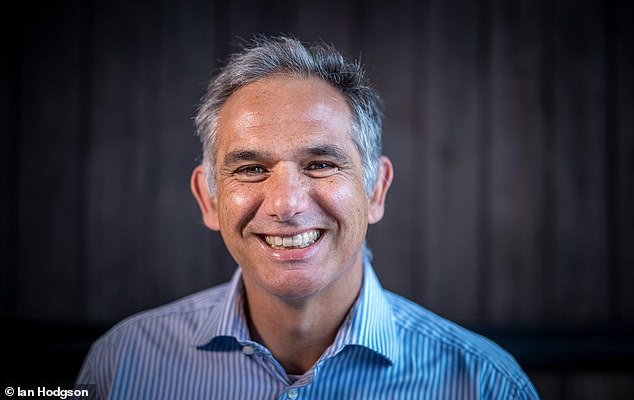