‘I don’t think anybody outside of our group expects us to get a result’: Northampton star Lewis Ludlam relishes underdog tag and targets Champions Cup upset at Exeter

Northampton flanker Lewis Ludlam believes his team can defy the odds to beat Exeter on Sunday — in spite of their prop crisis.

The Saints have drafted in emergency cover for the daunting trip to Sandy Park, with 19-year-old Manny Iyogun starting after the club’s four main looseheads were injured.

While Exeter have become the dominant force in English rugby, Northampton are stuck in a torrid run of defeats, but Ludlam is hoping for an upset. ‘It’s a new game,’ he said. ‘Sport is a great thing for upsets; it’s an exciting challenge. 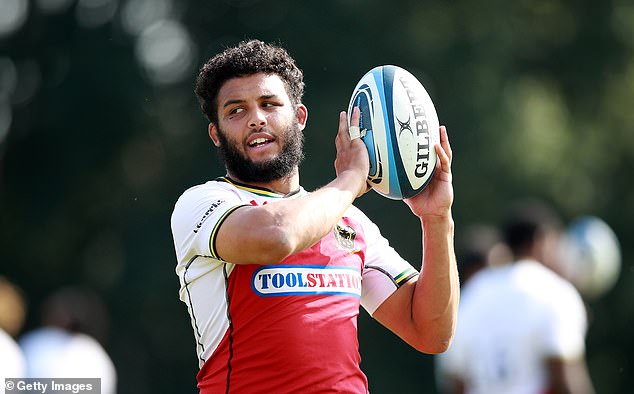 ‘It’s not going to be any easy task but the pressure is off. I don’t think anybody outside of our group expects us to go there and give a performance or get a result.

‘We are looking forward to the challenge of being the underdog. You don’t get many chances to play in these competitions and opportunities to win trophies. We will come off that pitch having given it everything and hopefully that is enough for a big upset.

‘We know we are underachieving at the moment. We are working hard to get that right and we are trying to get the detail and the emotion right as well behind it.’