Premiership Rugby are considering staging a summer play-off series to determine this season’s champions and raise money for beleaguered clubs if the campaign cannot be completed.

The domestic season below the top flight was cancelled by the RFU last month and the Premiership suspended for five weeks until April 24. With the coronavirus continuing to spread, there is no prospect of an imminent resumption.

Premiership Rugby (PRL) are fearful the season may also have to be scrapped with nine rounds remaining. 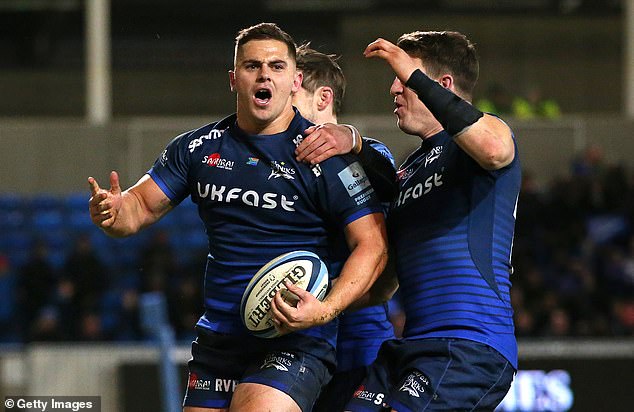 This has led to a series of discussions about how to award the title and maximise revenue if the campaign cannot be completed.

Much of the focus has been on seeking to stage additional marquee events to make up for the cash shortfall caused by the suspension of the league. Hence the talks about holding end-of-season play-offs based on the existing league table when deemed safe to do so by the Government, most likely later in the summer.

While details are yet to be agreed, one proposal shared with Sportsmail is for two big events on successive weekends at a neutral venue such as Twickenham or Wembley — a semi-final double-header followed by the final the following week. 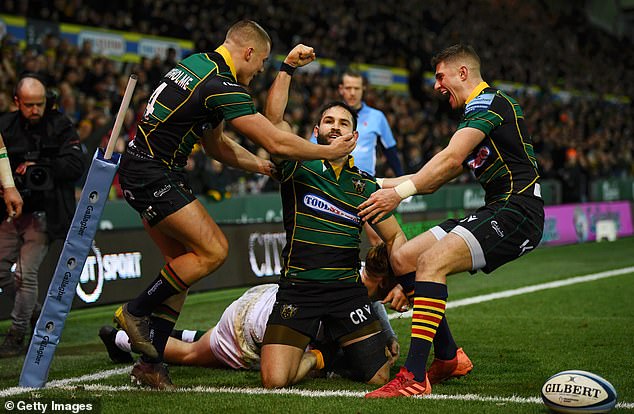 Depending on the PRL’s pricing strategy, this could raise millions to be shared among the 12 clubs. England internationals at Twickenham generate income of more than £10million a game and, while club rugby could not command the same prices, demand would be high given the recent dearth of live sport.

While clubs excluded from the play-offs on the basis of an incomplete league season may feel aggrieved, particularly fifth-placed Wasps who are two points behind fourth-placed Northampton, the prospect of additional revenue from shared gate receipts may be enough to mollify them.

Top-of-the-table Exeter would relish the opportunity to win another trophy, having only won the Premiership once before, rather than risk having the season declared null and void.

Broadcast rights-holders BT Sport would also welcome the chance to show live games as they have already paid PRL the bulk of this season’s television money. 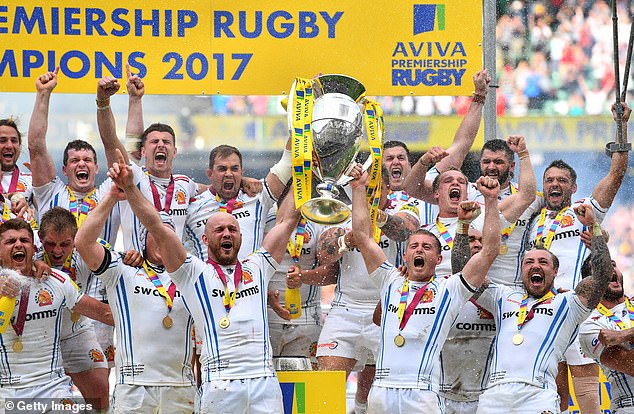 Exeter, who won the Premiership two years ago, are currently top of the table by five points

As Sportsmail revealed on Wednesday, the financial outlook for many clubs is so precarious that Sale Sharks, Wasps and Gloucester have begun to seek Government aid by furloughing players, with the nine other clubs preparing to follow in a move that would save around £100,000 a month from their wage bills.

Alternatively, PRL may seek to stage an expanded play-off series featuring more clubs, although that would be more logistically challenging and there are concerns that having more games could dilute interest in the event and its financial value.

The RFU are yet to provide clarity on how promotion and relegation will be implemented ahead of next season, given that the Championship has been scrapped.

However, with a lead of 18 points, Newcastle are expecting to be promoted — despite a threat from second-placed Ealing Trailfinders that they could sue.

PRL have confirmed that Saracens will be relegated from the Premiership as punishment for their salary cap breaches despite the uncertainty over who will replace them. 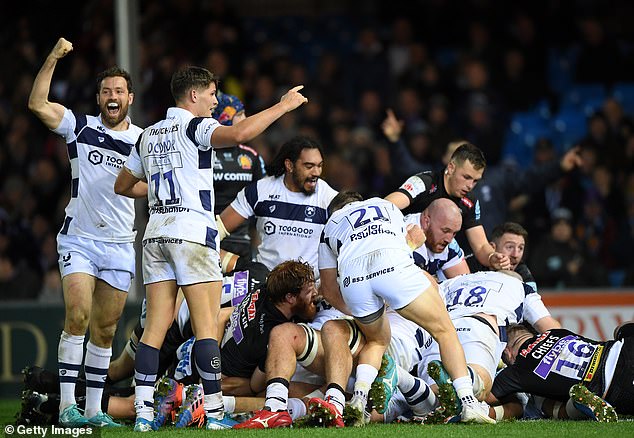