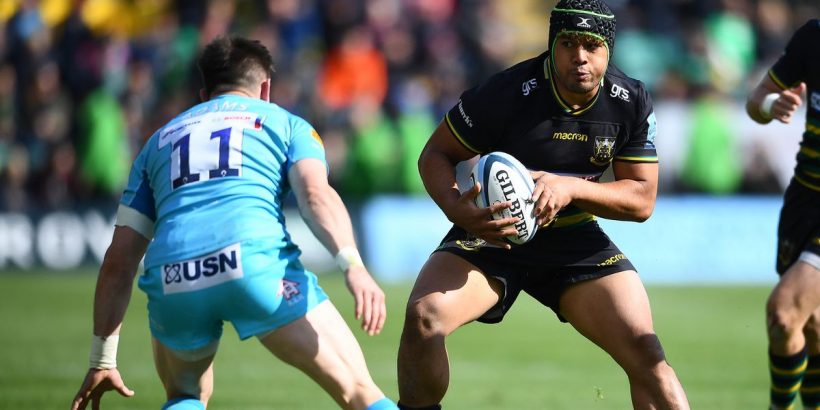 Former England age-group international Samson Ma’asi has announced his retirement from rugby after making the “really difficult decision” to focus on his health following a kidney transplant.

Northampton Saints confirmed their squad for the 2021/22 campaign on Wednesday, but Ma’asi won’t feature after the 21-year-old announced he’s been forced to end his playing career.

The hooker signed his first professional contract at Franklin’s Gardens ahead of the 2018/19 campaign and has made three first-term appearances for the Saints since then.

Ma’asi hoped to extend his career after father Vili—a former Tonga international—donated the kidney he needed to rectify the issue that first came to light in the first half of 2019.

However, he told the club’s official website of his decision to hang up his boots just as his professional playing days were taking off: “This was a really difficult decision for me to make, but it all came down to doing the right thing for my health.

“I want to thank all the coaches for their support of me during my time at the Club, and particularly during the last few months as I recovered from my surgery.

“I loved my time as a Saint, and running out in front of a big Franklin’s Gardens crowd is something I will remember forever – but this is the right time for me to step away from rugby and I’m excited for what the future holds for me.”

Ma’asi—who joined the Northampton set-up aged 13—had a bright future after impressing in the Saints academy, called up for England at under-18 and under-20 levels, appearing for the latter in the 2019 Six Nations.

He was then called up to the Red Rose’s Junior World Championships squad later in 2019, but the discovery of his kidney complaint curtailed those plans.

It’s a sign of the youngster’s character that he continued to train as normal with the Saints right up until his surgery date, eventually resuming practice with the rest of the squad in February 2020.

But a future at the top level is no longer viable for Ma’asi, who has previously described a career in rugby as “something I [he] wanted from a young age.”

Northampton’s academy chief, Mark Hopley, understood the player’s decision to step away and said: “Samson is an immensely talented rugby player, and he had a very bright future ahead of him in Black, Green and Gold – but we completely understand the tough decision he has had to make to focus on his health.

“I’m thrilled we’ve been able to help him to begin a new role in teaching and coaching at St Joseph’s College, where he went to school. I’d like to offer my thanks to Anthony O’Riordan and the school for their support as Samson transitions out of professional rugby.

“The most important thing for everyone at the Club is Samson’s health and happiness, so we wish him the very best – and he’ll always be a Saint, so we’ll continue to support him however we can in future.”

Northampton begin the new Premiership campaign at home to Gloucester on Saturday, September 18 as they look to improve on last season’s fifth-place finish and make the play-offs.