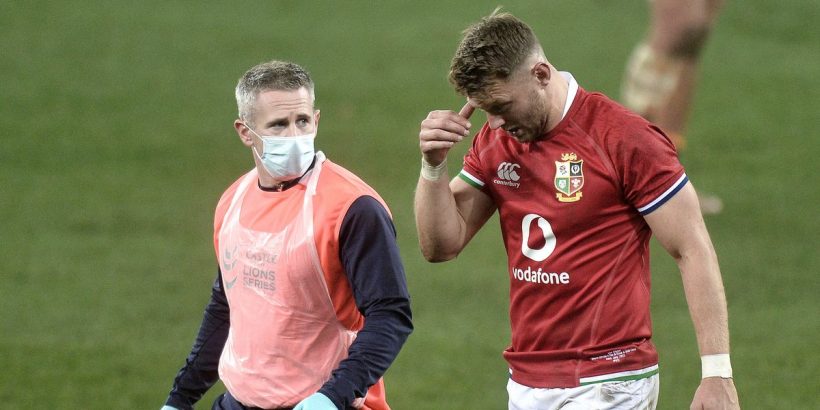 A new study investigating the short-term and cumulative effects of rugby on the brain has suggested players can show a decline in cognitive function and blood flow after one season.

The University of South Wales tracked results documenting an unnamed team in the United Rugby Championship—formerly the Pro14—during their pre, mid and post-season.

BBC Sport reported the results of the research—will be published in September’s Journal of Experimental Physiology—which indicated not only players suffering concussion showed decline.

Previous studies estimated professional rugby players encounter around 11,000 contact events per season, and the study suggested the accumulation of hits—not just those relating to the head—can also damage the brain.

"Even over a short period we're seeing from the rugby players a greater rate of decline in brain function,” said Professor Damian Bailey, one of those who authored the new research.

"And we're assuming our baseline is a normal healthy baseline but many of these players have already had many years playing the game, so that baseline is probably still impaired.”

He added playing position and contact volume were linked factors in players showing different results: “Because the forwards are involved in more contact, as one would expect, we're seeing a greater degree of impairment relative to the backs.”

Over the course of the year-long study—funded by the Royal Society Wolfson Research Fellowship—only six concussion incidents were recorded by the team in question.

However, all of those participating “saw a decline in blood flow to the brain and cognitive function,” the ability to reason, remember, pay attention, formulate ideas and problem-solving.

Player welfare in rugby is being highlighted more than ever, with a group of British and Irish Lions legends recently calling for reform in an effort to protect players.

And World Rugby chairman Bill Beaumont said he’ll meet with McGeechan in pursuit of a resolution that could mean significant changes to how the game is played.

In response to the new study, World Rugby published a statement that read: "World Rugby recently committed to double our investment in player welfare and new concussion research and initiatives."

Many of those named in the lawsuit—which includes more than 100 ex-professional and amateur players, as well as male and female—claim to suffer from early onset dementia and permanent brain damage.

Findings have been released on the eve of the European club rugby campaign, with both the Premiership and United Rugby Championship seasons getting underway in September.

Northampton Saints fly-half Dan Biggar will be one of those in action when England’s first-tier competition resumes, having played a key role in the Lions’ summer series defeat in South Africa.

There, Biggar found himself at the centre of a heated debate after he appeared to suffer a concussion in the series-opener, only to come back and start both the second and third Tests.

The Wales No. 10 is one of those players for whom the cumulative effects of injury could be a concern, having suffered a number of concussions over the course of his career.

Biggar, 31, was deemed to have passed the head injury assessment (HIA) and return-to-play protocols less than a week after suffering the injury against the Springboks.

Quarrie—who recently wrote research for the National Rugby League concerning the time needed to recover from a concussion—tweeted: “If it was up to me players who have been concussed would not be able to return to play for *at least* a couple of weeks (preferably longer).

“Because there is evidence that symptom recovery precedes physiological recovery, I would endorse a longer no-play period than currently…”

The University of South Wales went on to say more research is required regarding the sport’s long-term effects on the brain.

"The bigger question and what's really motivating this research is to then look into the future, to have a snapshot of what are the long-term consequences of this reoccurring contact," Bailey continued.

"We have every reason to believe that the damaging effects could be cumulative over time."