Sale 40-7 Bristol: Curry twins on fire as Sharks leapfrog Bears into second place in the Premiership

The Curry twins hunted down the Bears at the AJ Bell Stadium on Saturday as Sale’s band of brothers dismantled weakened Bristol to reclaim second place in the Premiership table.

During one destructive purple patch in the second half they kept tackling and jackalling together and Bristol could not cope with the family double act. 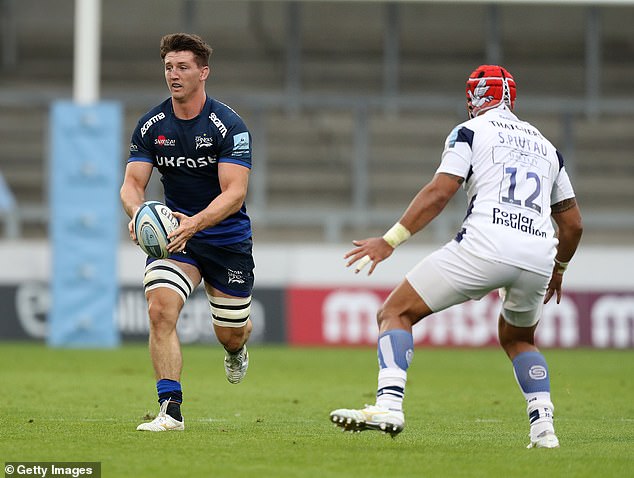 But Sale were also well served by their other super siblings.

Luke and Sam James, local stalwarts of the back line, scored three tries between them, while South African forwards Jean-Luc and Dan du Preez weighed in with thunderous physicality and deft handling.

‘We won’t be flattering ourselves after that, but I’m delighted for all our sets of brothers and all the lads are on it,’ said Steve Diamond, the Sharks’ director of rugby.

‘We want to be in the play-offs and if we carry on like that we will be in with a chance.’ 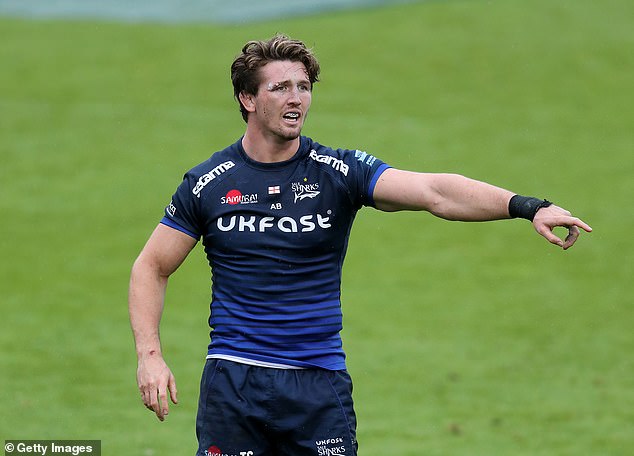 Ben Curry followed up his stellar performance in the win at Wasps with similar heroics on Saturday. Asked about operating in tandem with Tom, he said: ‘We are very competitive and it’s a natural thing to spur each other on, whether that is in training or in games.’

Lam paid for unleashing his strongest side in midweek, only to lose to Exeter’s reserves.

After this setback, he said: ‘It was a tough afternoon and it was always going to be with a lot of new guys playing for us. We made mistakes and couldn’t control the game. But we had to make changes.’

Sale’s onslaught began in the seventh minute. The Sharks besieged the Bristol line through a series of tapped penalties before the ball was worked to the right, Dan du Preez made a half-break and his offload sent Luke James away to score. AJ MacGinty added the conversion and within three minutes he had another, after Denny Solomona demonstrated his poacher’s instincts. 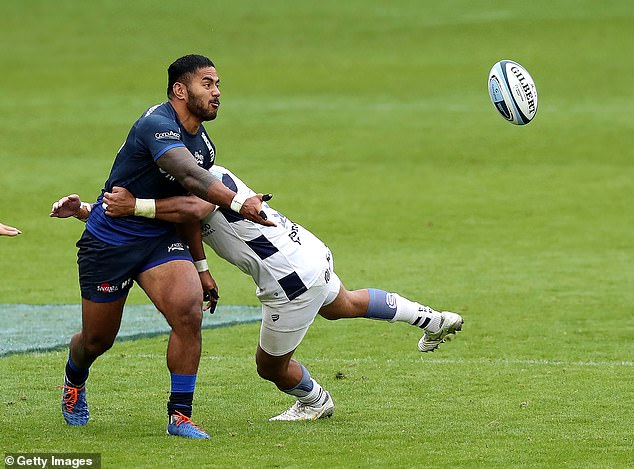 Bristol were attacking near halfway but the England wing intercepted a loose pass, juggling the ball and clinging on before racing clear to the posts.

Diamond’s men had their third try before the first drinks break.

From a turnover in their own half, Solomona was held on the right but Manu Tuilagi stormed clear and passed infield to Jean-Luc du Preez, who released Faf de Klerk to touch down, with MacGinty converting again.

Eight minutes before the break, Sale had their bonus.

Marland Yarde ran back a kick before Luke James, Ben Curry and Solomona combined to give Sam James a run-in to the right corner. Alapati Leiua snatched an interception try at the other end before the break, but the game was already up.

And the home side didn’t ease off in the second half.

In the 50th minute, De Klerk’s pass put Sam James through a gap, MacGinty provided the link and Luke James stepped inside to score his second try.

MacGinty converted and did so again four minutes later when De Klerk — pulling the strings superbly — picked out Yarde’s diagonal run and the wing blasted through three tackles to score.

Cam Newton on final down in Seattle: I'd run 'the same damn play'