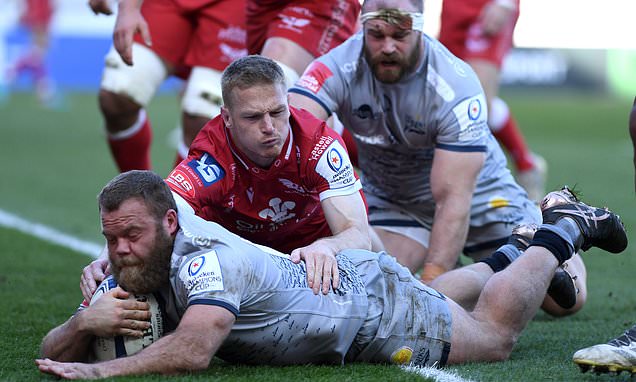 Scarlets 14-57 Sale: Sharks send out warning to La Rochelle’s galacticos after cruising to victory to make their first European Cup quarter final since 2006

West Wales was Shark infested territory as Sale sliced the Scarlets to ribbons to make their first European Cup quarter-final since 2006.

Hooker Akker van der Merwe was a brute throughout and scored twice. Marland Yarde, Josh Beaumont and Raffi Quirke added the others as Ken Owens and Jac Morgan replied. 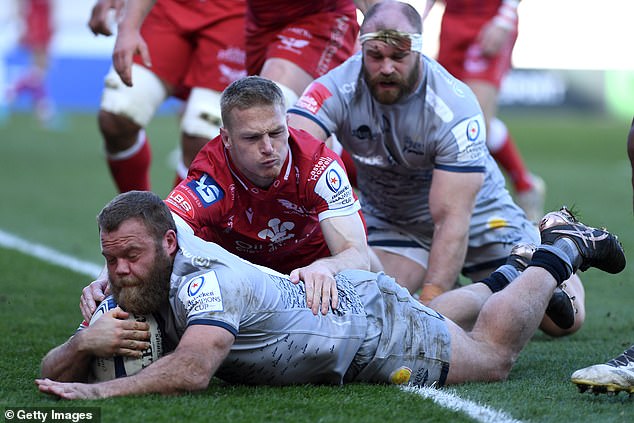 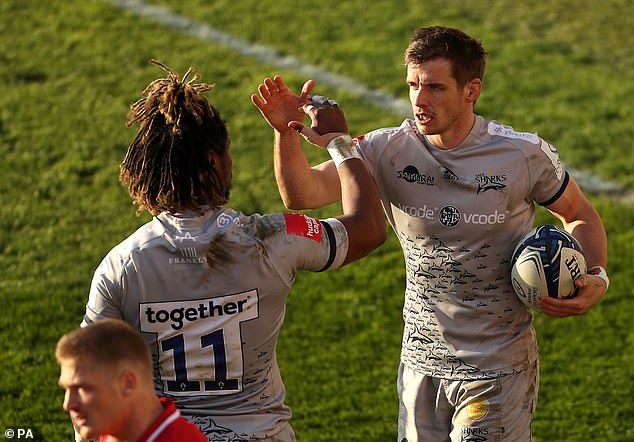 Sale made the last-16 on what director of rugby Alex Sanderson described as a ‘golden ticket’ having failed to win either of their pool games — but after the competition was restructured due to Covid chaos are now two wins from a continental final with a trip to La Rochelle up next. ‘They are a side who pride themselves on that physicality and defence,’ said Sanderson.

‘Then you have to handle some of their brilliant ball-carriers and galactico stars. I am very excited about that prospect.

‘The intent is there that we are going for this. It takes a gargantuan effort to win it and you need a little bit of luck.’

On the game, he added: ‘I didn’t think it would be like that but I’m happy it was. It was a case of us catching them a bit cold and us being red hot. 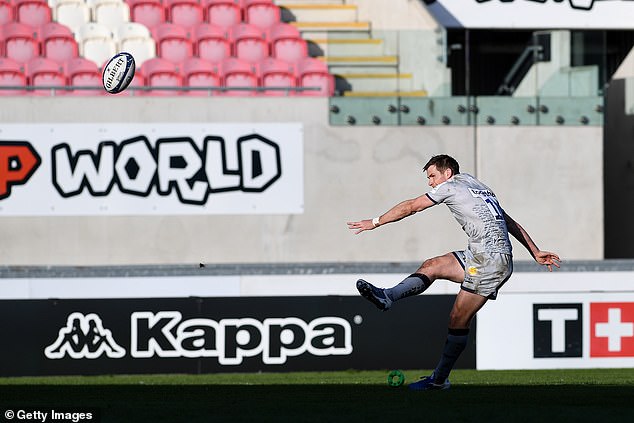 ‘We’ve been under the radar a bit, Sale, the last 15 years I’d say. I’ve just told the lads that one bad thing to come out of that performance is that we’ve just advertised to La Rochelle that we’re coming for them.’

With a mix of northern grit and South African beef the Sharks took Scarlets apart with such ease. By the end they were toying with them.

This is now the furthest Sale have travelled in Europe’s top competition, having lost 11-6 to Biarritz in the quarter-final 15 years ago — the year they last won the Premiership title.