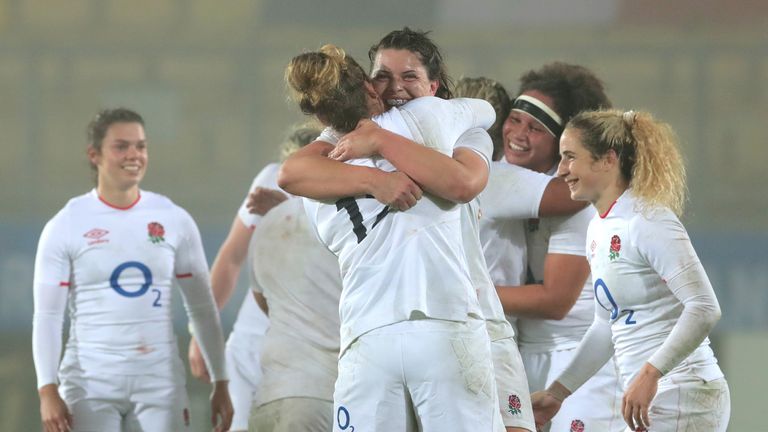 Simon Middleton has named a 30-player training squad as England Women prepare for this weekend’s Autumn international against France.

Wasps Ladies duo Abi Burton and Megan Jones have been training with the group since the start of the season and are once again named in the squad. Discussing the squad announcement, England head coach Middleton said: “We were absolutely delighted to win the Grand Slam in Italy.

“This is a group that’s trained really well and we’re pleased with how we’re progressing. Training is competitive and that was reflected in our performance over in Italy.

“Our focus now moves onto the game against France on Saturday.

“While we have a number of absentees, we have real strength-in-depth as shown in our training squad selection.

“We’re looking forward to two days of preparation before heading out to France later this week.” Among those who miss out, Sarah Bern, Lydia Thompson and Hannah Botterman will not feature after picking up injuries in their Allianz Premier 15s weekend matches.

They will then fly to France on Thursday ahead of Saturday’s match in Grenoble, kick-off 1.15pm GMT.

The matchday squad will also be named on Thursday.