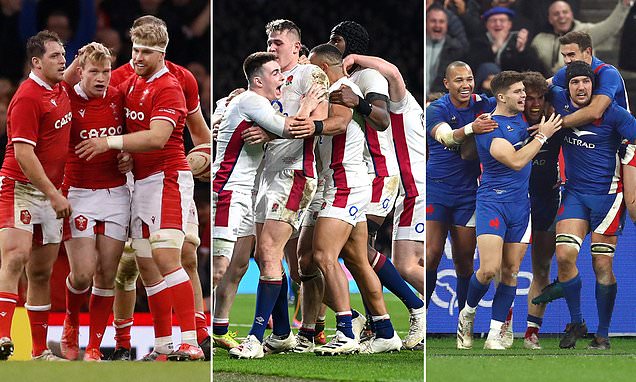 SIR CLIVE WOODWARD: Six Nations must build on resurgence after northern hemisphere sides pulled off a clean sweep over southern giants for first time since 2002… I dream of a day when Europe provides all four World Cup semi-finalists

What an autumn. A feast of great rugby in all different styles played in front of excited, capacity crowds at our great citadels.

It has all been a wonderful boost for our game and leaves you wanting much more. Rugby World Cup 2023 is going to be incredible but first we have got two Six Nations to savour.

I want to first look at the resurgence going on in the northern hemisphere. Saturday was the first time all three southern hemisphere giants have lost to Six Nations opposition on the same weekend since November 2002 when England beat the All Blacks, Ireland defeated South Africa and France beat the Australians. 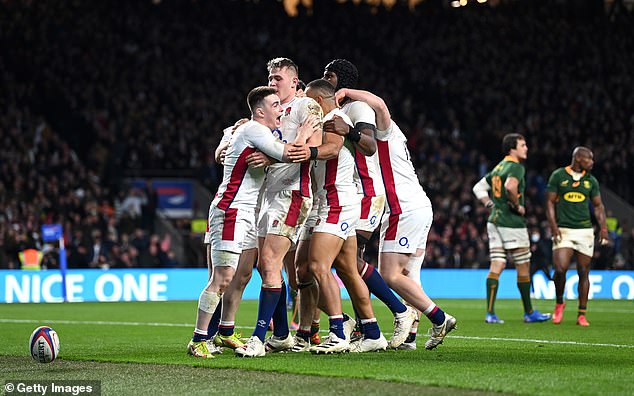 It is a long overdue development and vital because the Six Nations is the foundation of our international game.

The south have been bossing the Test arena and World Cups for too long, to the extent that they provided all four World Cup semi-finalists in 2015.

The Six Nations must be as strong, vibrant and competitive as possible. Not just a fantastic day out, the rugby must be as good as any on the planet and that should certainly be the case in a few weeks.

I dream of a day when the Six Nations provides three or who knows maybe all four semi-finalists at a World Cup. Why not? It can happen.

England should certainly be one of those sides and although it was not a flawless campaign I am full of optimism and hope because you can see the quality of players coming through and sense a new energy and ambition.

The rejuvenation of the team should have started sooner — straight after the 2019 World Cup — and France have stolen a march on us in that respect, but it is under way now and there is plenty of time for this side to develop and become the best in the world. 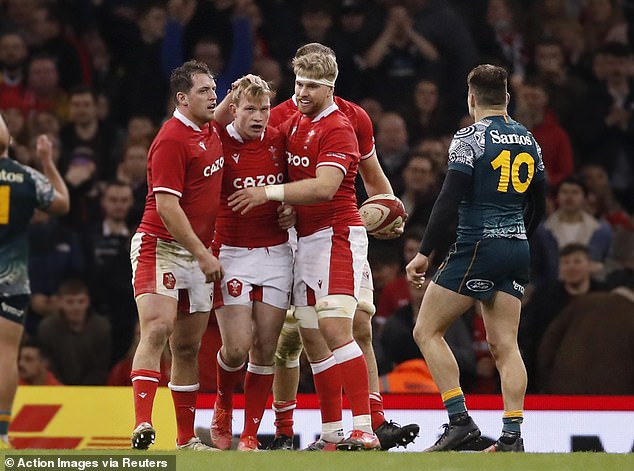 The public are back on board — Twickenham was rocking for the visit of the Springboks on Saturday and it was a renewing experience.

First let’s accentuate the positives of which there are plenty. A new generation are stepping up and taking on the responsibility of driving this team.

Marcus Smith is the real deal, a major talent and goal kicker of the first rank with nerves of steel, while Freddie Steward is a fearless giant who commands the airway but also has the football skills the modern day full back requires.

Henry Slade is becoming the midfield fulcrum and boss for England, Max Malins was class when he came on for Manu Tuilagi and Raffi Quirke looks a real handful.

With front-row injuries aplenty and Mako Vunipola having been sent — perhaps temporarily — to Coventry, Jamie Blamire and Bevan Rodd stepped up. They did well and even if they are not first choices come the Six Nations, their experiences over the last three weeks will stand them in good stead.

Courtney Lawes had a fine series and led by example when asked to captain the side, Maro Itoje roamed to good effect as usual and the back row were tackling machines.

Ben Youngs mostly played with real pace and tempo, although that dipped a little at times on Saturday and he will need to repeat that quicker version of his game more regularly to hold off the young guns at scrum-half.

There was a tangible guts and spirit about England as well. There were reports of a stressed, non-smiling group who weren’t enjoying themselves much with Eddie Jones proving a very hard taskmaster. Well, I didn’t sense any of that. 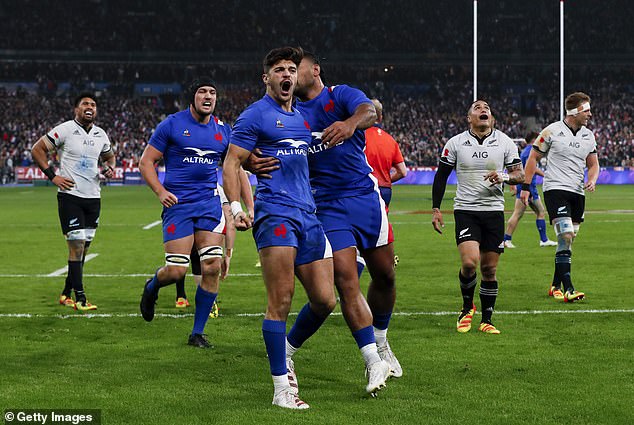 Now the things to work on, because there are plenty of those as well. And this is not being negative, there is never a better time to examine your performance than after a notable win. And a Monday morning debrief would probably conclude that South Africa rather blew it.

I have no idea why the Boks replaced Handre Pollard and Cobus Reinach for the final quarter, the half-backs had guided South Africa through the early England storm and had put their team en route to victory when they were dragged off.

England are still struggling to play at the pace and tempo they will need to take the next step up. They managed it for 25 minutes in the first half but took their foot off the pedal after that and never really regained control of the game.

Secondly you are not going to win many Tests when you concede 18 penalties and on another day that run of 10 straight penalties in the second half would have resulted in at least one yellow card. Some of the those penalties were down to sheer Boks pressure but others were just careless and needless.

Finally, going forward England should assume that neither Owen Farrell or Tuilagi starts. Let me explain. With Farrell reportedly out for at least three months, Smith is now in possession of the No 10 shirt for the Six Nations.

Farrell will undoubtedly come back into contention but it must be a straight selection between him and Smith and if Smith prevails, Farrell must go to the bench because England will not fulfil their potential with him playing at 12.

As for Tuilagi, he is so cursed with injury that his availability has become an occasional bonus. Hopefully he will one day put a run of Tests together again, but England must assume he won’t. So the hunt is on for a long-term inside centre.

Should England consider moving Henry Slade to 12 where he operated very well on Saturday after Manu’s departure? And if Slade is the solution at 12 who plays 13? This is the biggest selection conundrum that Jones must solve.

The English ship is sailing in the right direction, now we need to trim the sails, fine tune and get it really moving at speed.