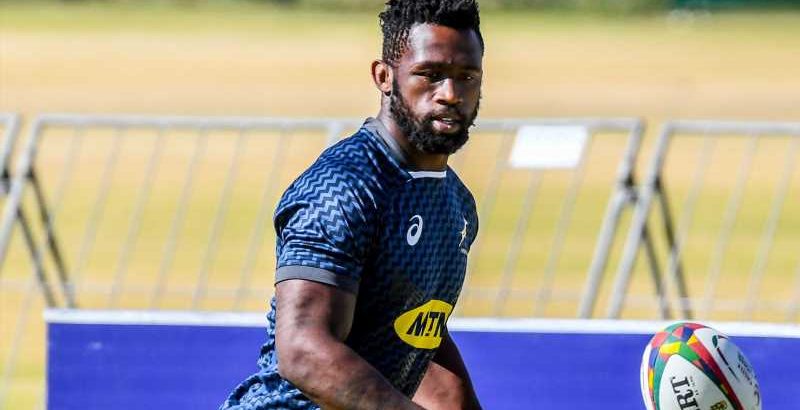 But Kolisi insists the squad’s focus has to be delivering the right performance against Georgia on Friday, live on Sky Sports Action, when they return to action for the first time since winning the 2019 World Cup.

New Springboks boss Jacques Nienaber has named 18 of the group which helped secure the Webb Ellis Cup after victory over England in Yokohama for the warm-up game at Pretoria, with six set to start.

Rosko Specman and Aphelele Fassi are set to debut on the wings, while Leicester’s back-row Jasper Wiese could also feature off the bench for a first international cap.

While it is understandable all of South Africa will have sights firmly on the opening showdown against Warren Gatland’s men in Cape Town on July 24, Kolisi feels the first focus must be on the immediate job in hand.

“We have been waiting for a year and six months (to play again) and that is what is in our heads right now,” Kolisi said at a press conference.

“We want to get on the field, to make sure we give it our best and win.

“We want to make sure the combinations, systems and plans are working, that is the most important thing for us right now.

“We can’t even think that far ahead – we all know it (Lions tour) is there, but we have to prove ourselves in this game. We have to perform as players and as a team.”

Kolisi added: “It is exciting to know they (Lions) are here (in South Africa), but nothing has changed for us. We have always been in the mindset that everything is going ahead and we are just working hard. 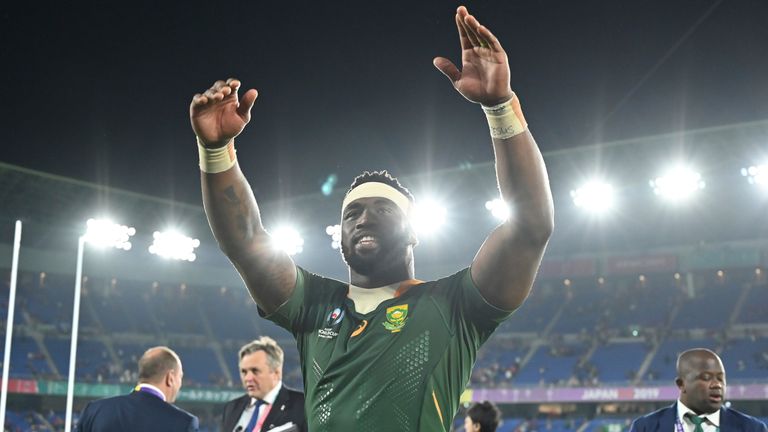 “We will take everything as it goes – our focus is to make sure we come together as a group and are prepared when it comes time to play.

“It is huge, we are looking forward to it and that is why we are working as hard as we can to be part of this group which will face the Lions.”

The Springboks were hit by a Covid-19 outbreak which disrupted preparations for the first of two fixtures against Georgia.

Herschel Jantjies later tested negative and has been cleared to play on Friday, but Vincent Koch and Sbu Nkosi are ruled out, along with close contacts Makazole Mapimpi and Lukhanyo Am.

As South Africa grapples with a third wave of coronavirus infections and more tough restrictions, Kolisi hopes the Springboks can bring some much-needed joy to their fans when they return to action following 20 months of international isolation.

“I think it will help a lot of people just to see some rugby again, with everything that has been happening,” Kolisi said.

“People are going through a really difficult time, we have seen in the past couple of days with businesses shutting down.

“When we play, it normally brings a good vibe around the country and hopefully we can put smiles on people’s faces.”