Find out who makes it into our XV this week as the standouts from the Premiership and PRO14 combine with a remarkable Top 14 performer.

Bristol may have missed the chance to return to the top of the Premiership on Sunday by drawing 27-27 at home to 14-man London Irish, but in Piutau they had the best player on the pitch. 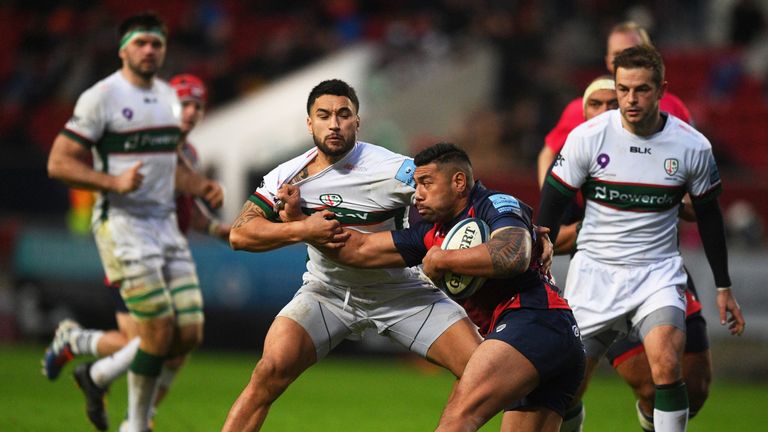 The livewire All Black was utterly outstanding at Ashton Gate, making 25 carries, beating 12 defenders, earning 201 running metres, two clean breaks, a try and the man of the match award to go alongside some truly incredible stats.

The Chiefs kept the feel-good factor from their impressive Champions Cup performances going on Saturday with a 38-3 slaughtering of Wasps at Sandy Park.

Wing O’Flaherty was in fine form again, and scored for the third successive match, while also carrying 13 times for some 151 metres in attack, beating 11 defenders and scything through for five clean breaks. His try in the win was stunning too – electric pace and nifty footwork combining to bamboozle a host of Wasps defenders. 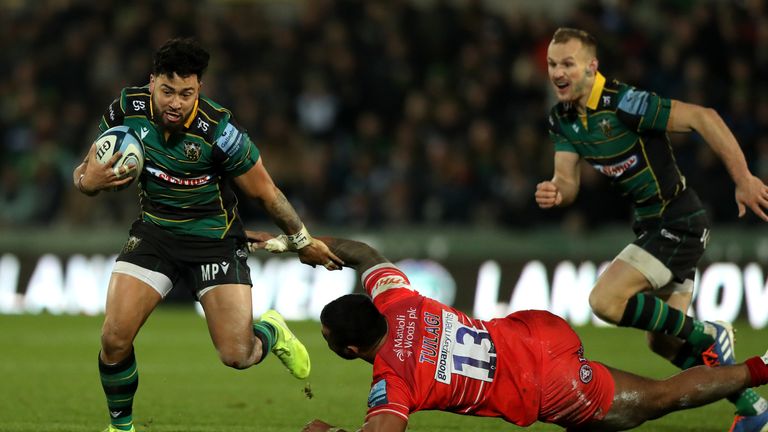 Top of the bill in Saturday’s Premiership action was the East Midlands derby between Northampton and Leicester, with the home side cruising past the Tigers to move top of the table.

Central to their success was centre Proctor, who made 14 carries, 134 metres with ball in hand, five clean breaks and notched a brace of tries in the 36-13 win.

In the wake of announcing he will be playing in the Premiership next season for Bristol, Radradra put on a show in Paris as Bordeaux won at Racing to keep up with things at the summit of the Top 14. 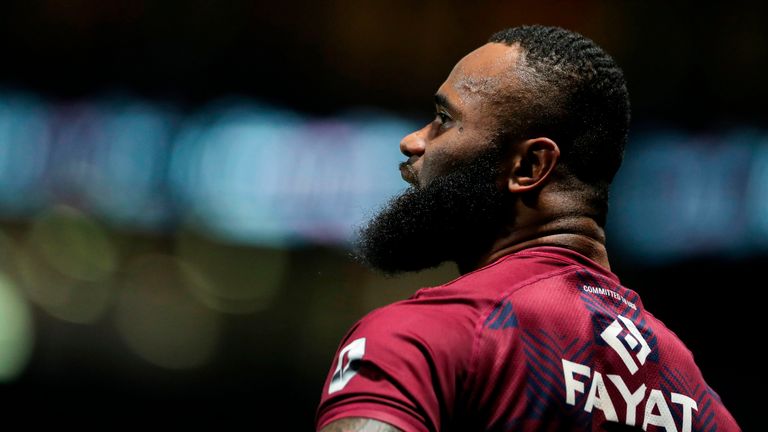 The Fijian made 20 carries and 115 metres – both the most of anyone on the park, while he also beat seven defenders, made three clean breaks, scored two tries and assisted another score in the entertaining 34-30 win.

When on this type of form, Radradra is incredible to watch and truly one of the best in the world.

Another Saint in our back division, but behemoth wing Naiyaravoro is well worth his place after a man-of-the-match display against Leicester at Franklins Gardens. 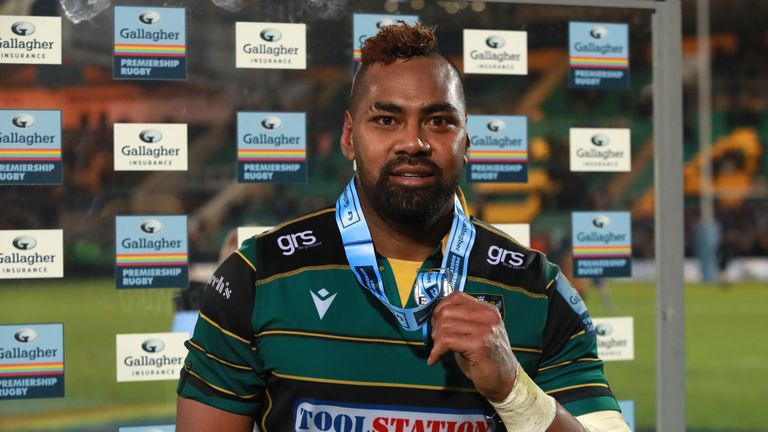 The back made 18 carries – the most of anyone – and seared across the turf for a phenomenal 164 metres in attack, beating eight defenders. He also created two clean breaks.

The spotlight was firmly on Saracens at the Rec on Friday night, as they returned to Premiership action for the first time since accepting their 35-point deduction for breaching salary cap regulations.

Mark McCall picked his strongest side and they repaid him in kind, with playmaker Farrell notching 20 points with the boot on his first return to club duty since the World Cup. 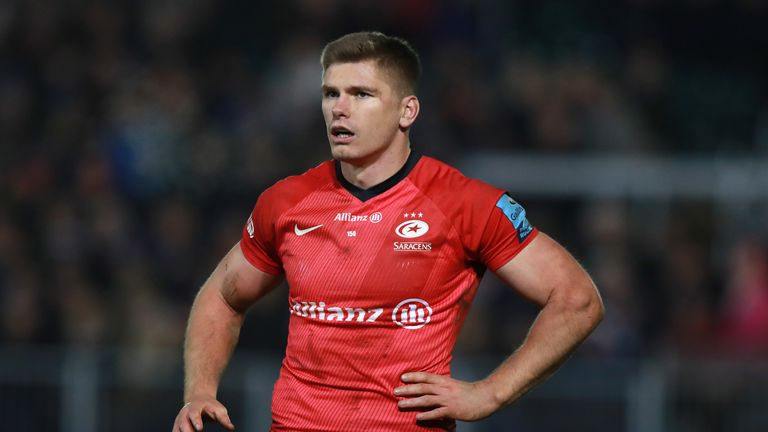 Farrell also made 15 tackles in the win – only two Saracens made more – missing none and forcing a turnover. It was off the tee where Farrell really made his mark though, landing all seven place-kicks and finishing 100 per cent.

Ulster scrum-half Cooney is a man in sensational form, and playing so well that a reintroduction to the Ireland fold appears a certainty.

His province kept up their own good form on Friday evening as Ulster dispatched of the Scarlets in Belfast 29-5, with Cooney again among the tries, finishing a super effort, while he landed two conversions off the tee too.

More an inclusion to pay homage to Zebre’s 39-12 win at the Dragons on Saturday – the Italian outfit’s first win in 21 games stretching back almost a year to December 2018.

Loosehead Fischetti, still just 21-years-old, was part of a 100 per cent scrum effort which set the platform for the victory, while he also contributed seven carries.

Edinburgh pulled off a marquee result at Munster on Friday – securing an 18-16 win in Cork as the Irish province fell to their first home defeat for two years. 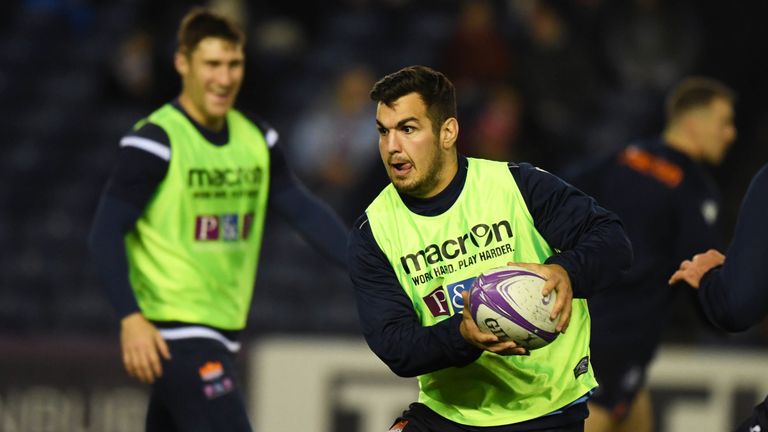 Hooker McInally was superb in the loose as he made a remarkable 23 tackles, missing none. He also made eight carries, beat two defenders and made one clean break in a standout performance.

It’s rare any player gets in a team such as this one having been on the losing side – even less common for a tighthead prop to do so.

Though the Tigers lost at Northampton, England’s Cole put in 16 tackles – a figure near unheard of for a tighthead to produce. The 32-year-old also forced one turnover in a 68-minute shift. Leinster pulled off a fantastic result in the PRO14 on Saturday, as they went to Glasgow and won 23-10 – their first win at Scotstoun in the league for seven years.

Academy lock Dowling emerged off the bench in the first half for his first appearance of the season and first since April 2019. The 22-year-old’s work-rate shone as he made 14 carries – the most of anyone – 12 tackles and one lineout steal in 60 odd minutes. The Cheetahs are much improved this campaign than the last, and picked up victory in Europe on Saturday as they travelled to the Ospreys and won 18-13.

Second row Manjezi was the pick of the bunch as he put in 14 carries and 14 tackles – both the most of any Cheetah – while he also forced two turnovers, beat one defender and claimed four lineout balls.

One of the stars of England’s impressive World Cup, Curry continues to impress with club side Sale as one of the most consistent performers around. 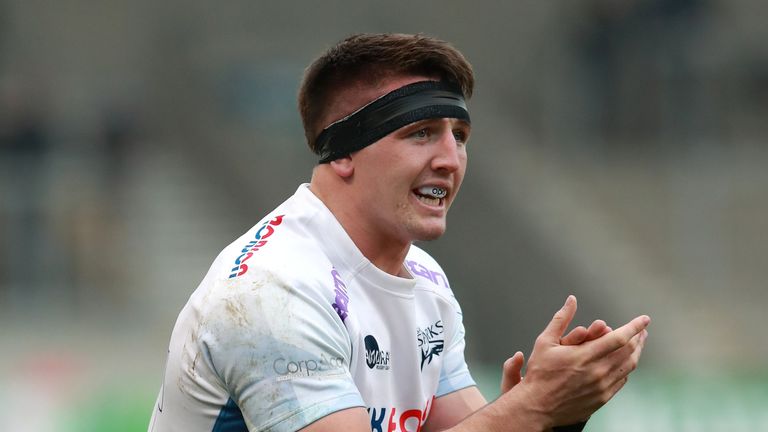 Sale were reduced to 14 men as they lost at Worcester on Saturday, but Curry still caught the eye as he made a massive 25 tackles without missing one, and earned one turnover.

Leinster’s academy production line is one of the best in the world, and on Saturday flanker Connors put in a display which suggests he has a major future ahead of him too. The 23-year-old was man of the match in Leinster’s victory at Glasgow, putting in – like Curry – a sensational 25 tackles without missing any – many of them momentum-quelling chops.

Connors also made one turnover and nine carries in victory. With Saracens languishing at the bottom of the league table on minus points, Exeter will really fancy their chances of taking this season’s Premiership crown.